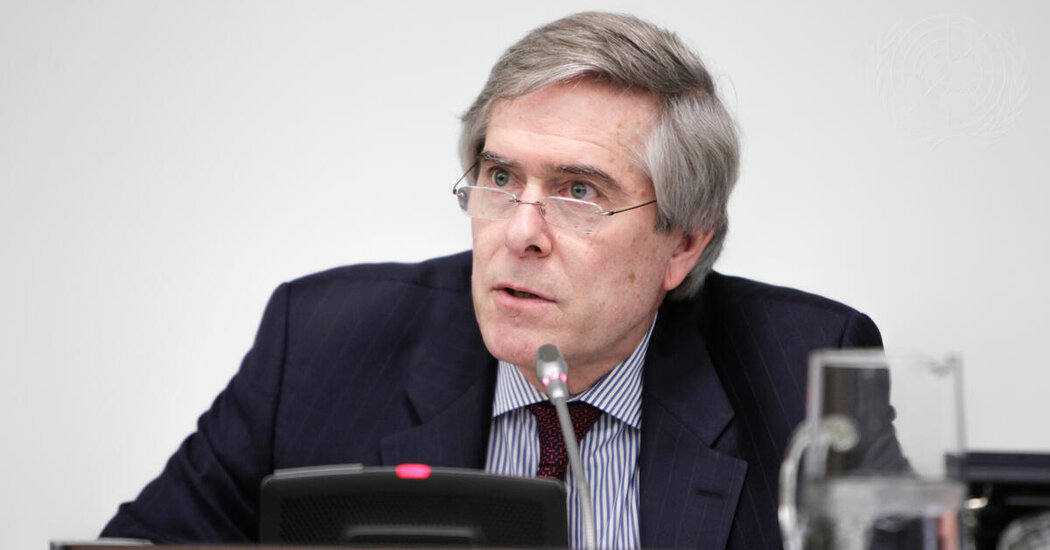 “No one did more than Ed Luck to advance the dream” of transforming the right to protect into a reality, Mr. Evans said.

The U.N. agreements have not eliminated mass atrocities, of course — the civil war in Syria has been just one example — and “given the current range and intensity of crises around the world, many feel compelled to say that R2P has failed,” Ivan Simonovic, special adviser to the secretary-general, wrote in UN Chronicle, an official publication, in 2017.

“At the same time,” he added, “important advances in the development of the principle and in the design of practical measures for its full implementation provide a more optimistic picture.”

Edward Carmichael Luck was born on Oct. 17, 1948 in Urbana, Ill., to David J. and Adele (Kanter) Luck. His father was a noted professor of marketing, for a time at the University of Illinois, and textbook author; his mother was a homemaker and Red Cross volunteer.

Mr. Luck was majoring in math at Dartmouth College, his daughter said, but his deep reservations about the Vietnam War prompted him to switch to foreign policy. He graduated with a bachelor’s degree in international relations in 1970, followed by a master’s and doctorate at Columbia University.

In 1971, he married Dana Zaret, a psychologist. In addition to her and their daughter, he is survived by two brothers, Charles and David Luck, and two grandchildren.

From 1984 to 1994, Mr. Luck was president of the United Nations Association of the USA, an independent advocacy group. He founded the Center for the Study of International Organization, a research center jointly established by the New York University School of Law and what is now the Princeton School of Public and International Affairs at Princeton University. He also worked with the Auschwitz Institute for the Prevention of Genocide and Mass Atrocities, a New York-based group.

DALLAS — The rollback of abortion rights has been received by many American women with a sense of shock and fear, and warnings about an ominous … END_OF_DOCUMENT_TOKEN_TO_BE_REPLACED

The poshest place in California's Coachella Valley is The Madison Club. This exclusive gated community in La Quinta is where A-listers and tycoons … END_OF_DOCUMENT_TOKEN_TO_BE_REPLACED