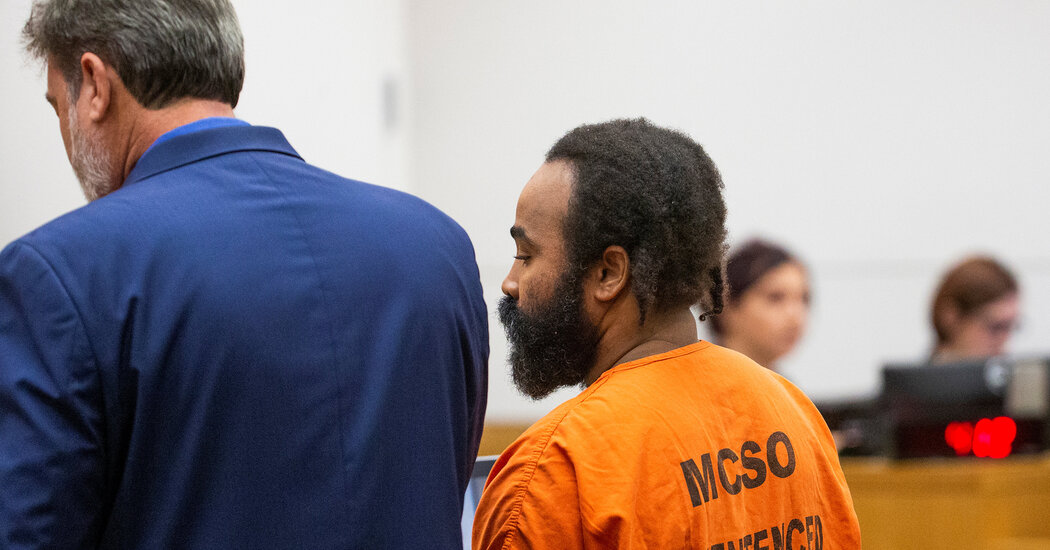 A former Arizona nurse accused of abusing a woman in a vegetative state who had been in his care and who later gave birth to his child pleaded guilty on Thursday to sexual assault, according to the Maricopa County Attorney’s Office.

The nurse, Nathan Sutherland, who worked in a Phoenix nursing home, also pleaded guilty to one count of abuse of a vulnerable adult, also a felony.

Mr. Sutherland, 39, faces up to 10 years in prison for the sexual assault charge, the Maricopa County Attorney’s Office said in a statement; the abuse charge brings lifetime probation. Mr. Sutherland is being held at the Lower Buckeye Jail in Phoenix until his next court appearance, scheduled for Nov. 4.

Mr. Sutherland had previously pleaded not guilty during a minute-long arraignment in February 2019. A lawyer for Mr. Sutherland could not immediately be reached for comment on Friday.

who cannot talk or walk gave birth to a boy, much to the surprise of staff members at the facility, which specializes in long-term care of people with intellectual disabilities.

The case also led to a lawsuit filed by the victim’s parents claiming that despite promises from the state that only women would tend to their daughter, Mr. Sutherland had cared for her on hundreds of occasions from 2012 through 2018, The Arizona Republic reported.

The woman had been in the same condition, unable to communicate or move, since entering the nursing home in 1992, when she was 3 years old, according to medical records. The family’s lawyer could not be immediately reached for comment.

in 2018 that the police believed she had been assaulted. A DNA sample from Mr. Sutherland matched that of the child, a boy who was born in December 2018. Mr. Sutherland was arrested the next month and sent to jail in Maricopa County on suspicion of one count of sexual assault and one count of vulnerable adult abuse.

A licensed practical nurse, Mr. Sutherland had worked at Hacienda since at least 2012 and was assigned to a unit treating intellectually disabled people in 2014, the company said in a statement in 2019. He was fired immediately after the company learned of his arrest, that statement said.

Since its founding in the late 1970s, Hacienda HealthCare has grown into one of the largest private providers of care in Arizona for people with serious cognitive and physical disabilities, operating mostly out of a single campus about six miles south of downtown Phoenix.

“After more than two and a half years, all of us at Hacienda HealthCare are relieved that Nathan Sutherland has finally pleaded guilty to his awful offenses,” the company said on Thursday.

GREENVILLE, N.C.--(BUSINESS WIRE)--Employers aiming to win the war on talent have a new “A” team to tap into: college and professional athletes. … END_OF_DOCUMENT_TOKEN_TO_BE_REPLACED

Mortgage rates are likely to rise in July, extending a seven-month streak. High inflation, and the Federal Reserve's efforts to control it, have … END_OF_DOCUMENT_TOKEN_TO_BE_REPLACED