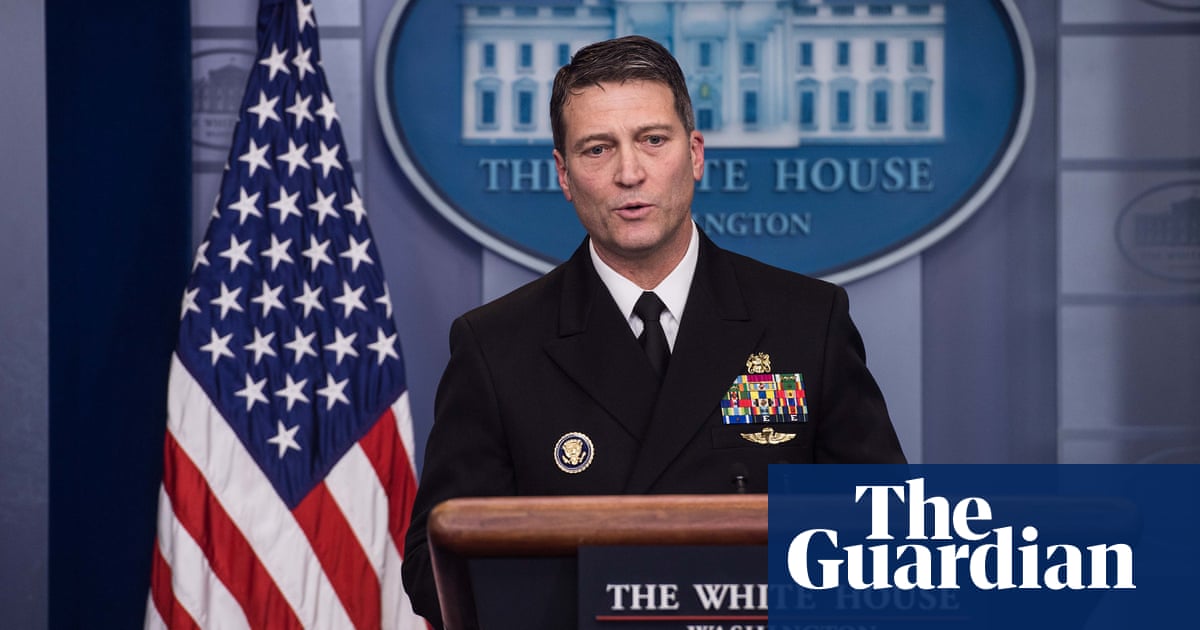 The unpublished report compiled by the defense department’s inspector general was first obtained by CNN, and includes testimony from 60 witnesses about Jackson’s behavior at work. Only 13 made positive observations, and 38 spoke about “unprofessional behavior, intimidation and poor treatment of subordinates”.

The report states: “Only four witnesses told us that they did not experience, see, or hear about RDML Jackson yelling, screaming, cursing, or belittling subordinates.”

Jackson, 53, a retired navy rear admiral, began working as a physician in the White House Medical Unit, which is overseen by the defense department, under the George W Bush administration. He was later appointed physician to the president by former presidents Barack Obama and Donald Trump until 2018. He was elected to Congress last November, representing a district in northern Texas.

Jackson had been nominated by Trump to lead the Department of Veterans Affairs, but withdrew after a string of allegations surfaced that included improper handling of prescription pain medications and creating a toxic work environment. Jackson denied the allegations at the time.

The new report from the Pentagon watchdog found that Jackson “disparaged, belittled, bullied and humiliated” more junior colleagues, including making “sexual and denigrating” comments about a female co-worker.

It said he “engaged in inappropriate conduct involving the use of alcohol” during two presidential trips – one to the Philippines in 2014 and another to Argentina in 2016 – and was known to take the drug Ambien, a powerful sleep aid, while flying on Air Force One, which contributed to concerns among colleagues over his ability to provide proper medical care to the president and others.

In a statement, Jackson said the inspector general had resurrected “false allegations” because he had “refused to turn my back on President Trump”. He said he “flat out” rejected “any implication” that he consumed alcohol while on duty.

“I also categorically deny any implication that I was in any way sexually inappropriate at work, outside of work, or anywhere with any member of my staff or anyone else. That is not me and what is alleged did not happen,” Jackson added.

Jackson’s office noted that Obama had promoted him to rear admiral “after the alleged events” outlined in the report.

DALLAS — The rollback of abortion rights has been received by many American women with a sense of shock and fear, and warnings about an ominous … END_OF_DOCUMENT_TOKEN_TO_BE_REPLACED

The poshest place in California's Coachella Valley is The Madison Club. This exclusive gated community in La Quinta is where A-listers and tycoons … END_OF_DOCUMENT_TOKEN_TO_BE_REPLACED