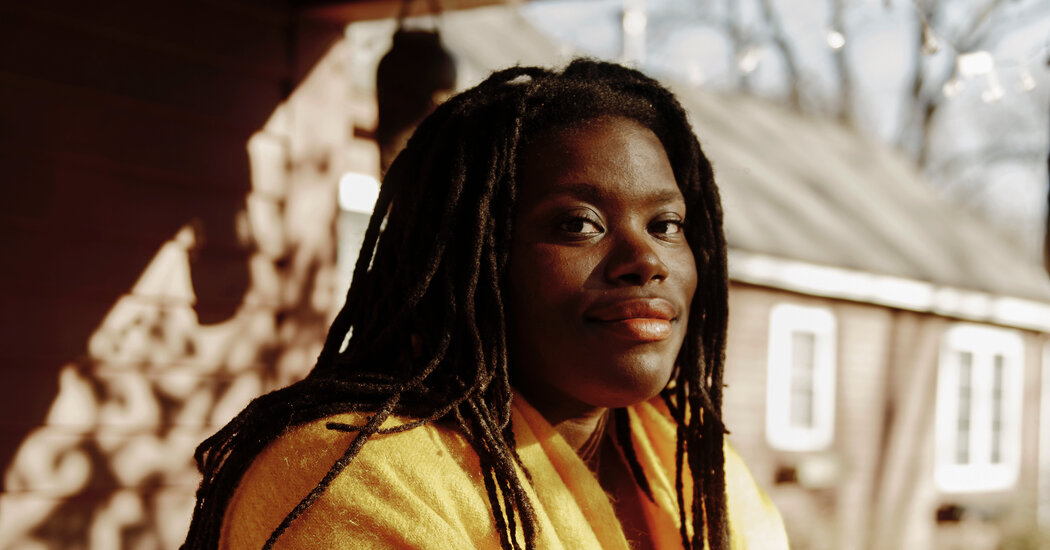 Their mother, Ariel, encouraged them to find creative ways to entertain themselves. So they wrote stories, played instruments and staged elaborate plays that Kirsten wrote. They recorded make-believe radio shows on a cassette player, belting out the soundtracks to “Grease,” and other musicals.

Kaitlyn was a precocious reader and absorbed books far above her grade level because her sisters would read aloud from whatever they were into at the time, regardless of whether the plots were appropriate. “We scared the heck out of that poor kid,” Kirsten said.

Outside of their boisterous, creative home life, the sisters were keenly aware of race and class and how it defined them in the largely white prep schools they attended. Those issues became more pronounced after their mother and father, a lawyer, divorced, when Kaitlyn was 7. Suddenly, they went from being upper middle class to sliding below the poverty line and relying on public assistance.

“That fracture was really formative for me,” she said. “It made me hyper aware of inequality and the doublespeak that goes on in America around the American dream and American exceptionalism, because that was proven to me not to be true.”

The change in the family’s economic status also increased the pressure the sisters felt to excel. “As young women of color in America, that was made clear to us from very early on, definitely feeling the onus of, How are you going to put your education to use?” Kirsten said.

After Kaitlyn Greenidge graduated from Wesleyan, she worked as a park ranger, phone banker and researcher at historical sites, and designed a vocabulary app for an education technology company. She kept writing, publishing essays and articles and, eventually, her debut novel, which won her a Whiting Award in fiction.

DALLAS — The rollback of abortion rights has been received by many American women with a sense of shock and fear, and warnings about an ominous … END_OF_DOCUMENT_TOKEN_TO_BE_REPLACED

The poshest place in California's Coachella Valley is The Madison Club. This exclusive gated community in La Quinta is where A-listers and tycoons … END_OF_DOCUMENT_TOKEN_TO_BE_REPLACED