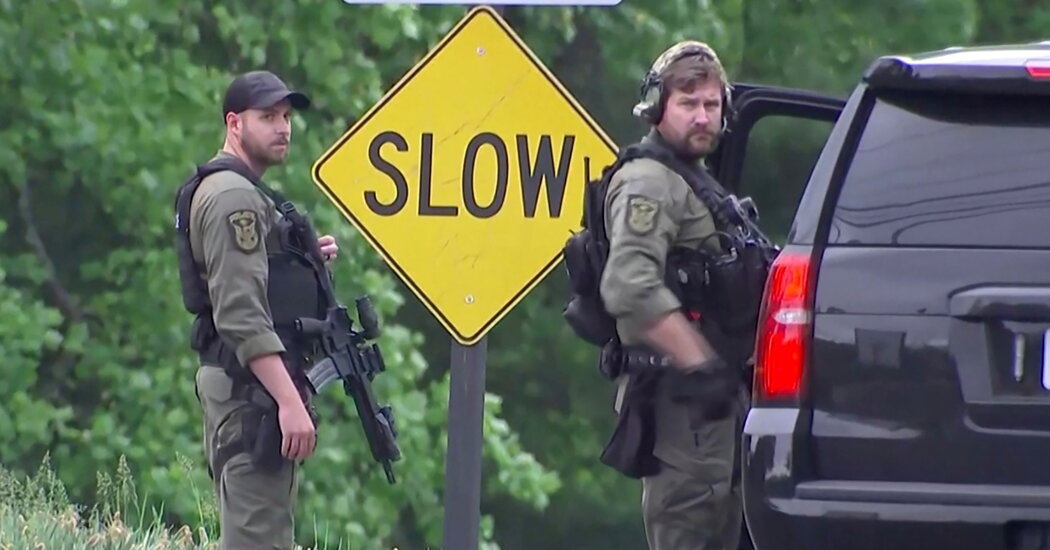 An armed man was wounded in a shooting that involved an F.B.I. agent at C.I.A. headquarters outside Washington, early Monday evening, the F.B.I. said in a statement.

According to the F.B.I., the man emerged from his vehicle, was “engaged by law enforcement officers,” and was wounded around 6 p.m. After the episode, which was earlier reported by NBC News, the man was taken to a hospital. The hospital was not named.

“The F.B.I. takes all shooting incidents involving our agents or task force members seriously,” said Samantha Shero, a public affairs officer for the F.B.I.’s Washington Field Office, in an email. “The review process is thorough and objective, and is conducted as expeditiously as possible under the circumstances.”

A spokesperson for the C.I.A. said the agency’s headquarters remained secured and referred questions to the F.B.I., which released limited details. It was not immediately clear whether any agents or officers were injured.

virtual tours of 32 sites at the complex, from the outdoor Kryptos sculpture with a coded message to a bust of former President George H.W. Bush, who served as the C.I.A. director from January 1976 to January 1977. The complex was named for him in 1999.

Just last month, a lone driver rammed into officers at the Capitol, as heavy security installed after the Jan. 6 riot had begun to wane around the grounds. One officer died and another was injured.

The episode on Monday at the C.I.A. headquarters echoed a 1993 shooting around the campus, when a Pakistani man killed two C.I.A. employees who were stopped in traffic outside the agency’s headquarters. The man, Mir Aimal Kasi, who also wounded three others, later said he was enraged by C.I.A. activity in Pakistan and other Islamic nations. He was executed by lethal injection in 2002 after evading prosecution for years in Pakistan. Virginia has since abolished the death penalty.

If you’ve ever dreamed of a quiet life on a boat in Alaska, this new waterfront listing can help you realize that vision.Of course, there's always … END_OF_DOCUMENT_TOKEN_TO_BE_REPLACED