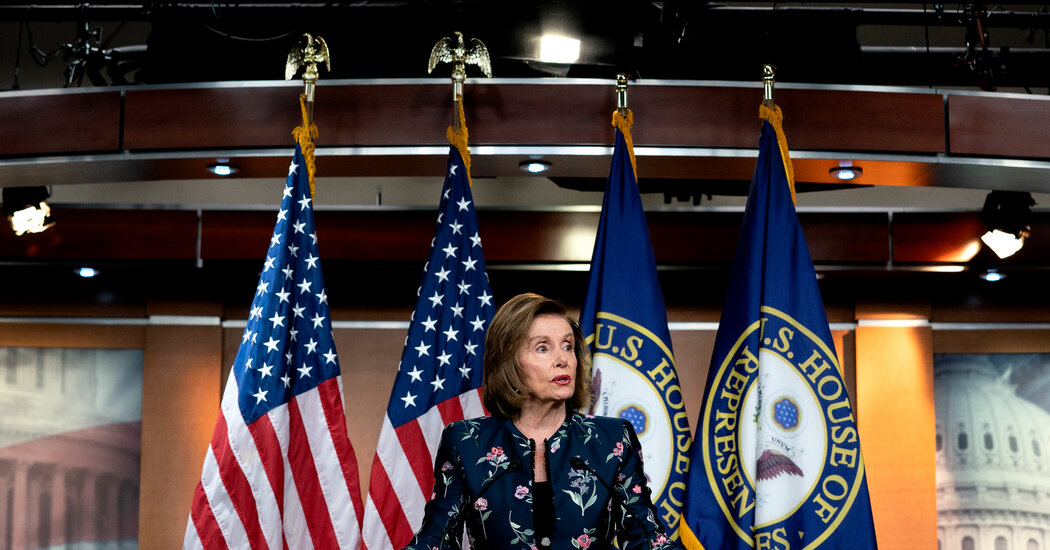 For months, Republican leaders have downplayed the Jan. 6 assault on the Capitol by a pro-Trump mob. But on Tuesday, ahead of the first hearing of a special committee to investigate the riot, they took their approach to new and misleading extremes, falsely blaming Speaker Nancy Pelosi for the violence.

“The American people deserve to know the truth that Nancy Pelosi bears responsibility as speaker of the House for the tragedy that occurred on Jan. 6,” said Representative Elise Stefanik, Republican of New York and the party’s No. 3 leader.

It amounted to an audacious attempt to rewrite the worst attack on the Capitol in two centuries and pre-empt the damning testimony of four police officers who were brutalized by the mob of Donald J. Trump’s supporters. Here’s how Republicans twisted the facts.

Pelosi is not responsible for securing the Capitol.

Looking past the motivations of the mob or Mr. Trump, Republicans said it had been up to Ms. Pelosi and her leadership team to protect the Capitol from the attack, particularly given that intelligence gathered in the weeks before it occurred pointed to the potential for violence against Congress.

a bipartisan report produced by a pair of Senate committees that found evidence of systematic failures across American intelligence, military and law enforcement agencies, which misjudged the threat leading up to Jan. 6 and were not properly trained to respond to it.

It also flatly contradicted congressional testimony, news reports and public accounts of that day, when Ms. Pelosi herself was one of the prime targets of the rioters, some of whom stalked the halls of the Capitol chanting ominously, “Nancy…Where are you Nancy?”

A Times investigation detailed why it took nearly two hours to approve the deployment on Jan 6. After rioters breached the Capitol, Chief Sund called Mr. Irving at 1:09 p.m. with an urgent request for the National Guard. Mr. Irving approached Ms. Pelosi’s staff with the request at 1:40 p.m., and her chief of staff relayed it to her at 1:43 p.m., when she approved it. But it would be hours more before Pentagon officials signed off on the deployment and informed the District of Columbia National Guard commander that he had permission to deploy the troops.

Pelosi was not briefed about warning signs before the attack.

Republicans repeatedly said that Ms. Pelosi had been warned as early as mid-December that demonstrations were being planned for Jan. 6 around Congress’s joint session to count the electoral votes.

That appeared to be a reference to early intelligence reports and warnings that began to circulate inside the Capitol Police on Dec. 14, which were evidently never shared widely enough to be acted upon.

warning signs were mixed at best until just days before the attack.

Senators — Republicans and Democrats alike — instead said the blame was with the Capitol Police and intelligence agencies for failing to properly assess and warn about the threats.

You were seeing double this week: A spectacular $54 million compound featuring two equally luxurious mansions separated by a private lake in Southwest … END_OF_DOCUMENT_TOKEN_TO_BE_REPLACED

Taylor Heinicke #4 of the Washington Football Team celebrates after defeating the Seattle Seahawks at FedExField on November 29, 2021 in Landover, … END_OF_DOCUMENT_TOKEN_TO_BE_REPLACED

Members of the Ukrainian Police force, Larisa, 31, and Roman, 30, get married at a wedding hall at an expo center in Kyiv, Ukraine, on … END_OF_DOCUMENT_TOKEN_TO_BE_REPLACED