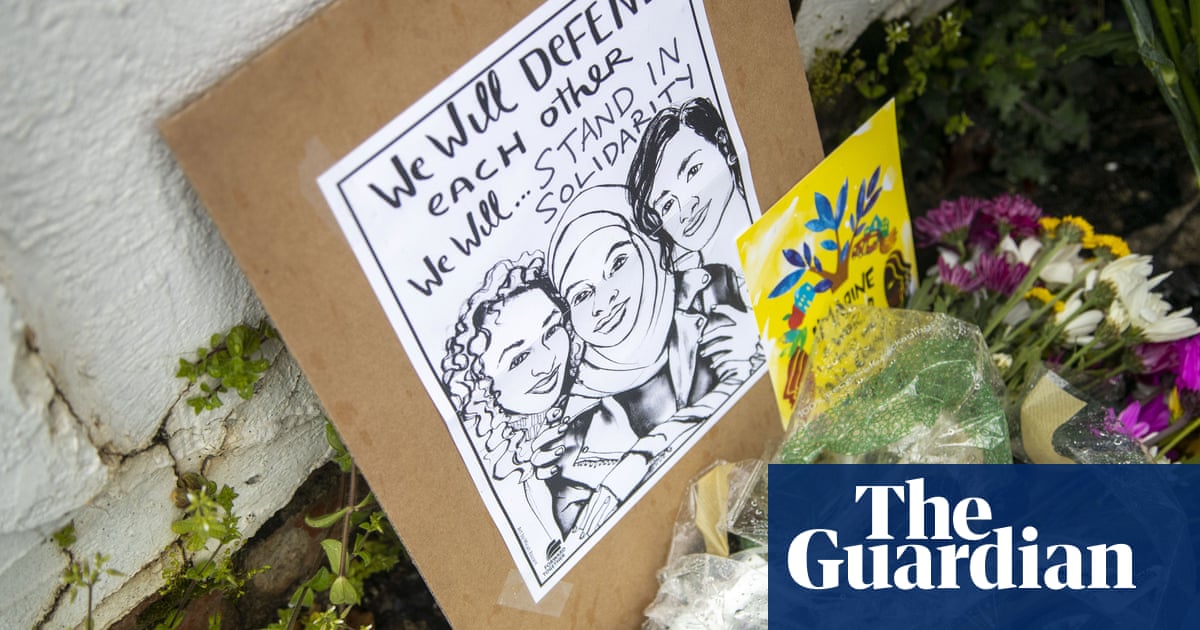 Federal and local law enforcement agencies are under pressure to increase efforts to combat the rising tide of hate crimes against Asian Americans in the wake of the Atlanta, Georgia spa shootings that left eight people dead, six of them women of Asian descent.

The FBI and other police forces are facing criticism for levels of reporting of hate crimes that remain abysmally low, despite several attempts by Congress to highlight the outrages.

Asian American community leaders expressed dismay on Wednesday, a day after the shootings at three massage parlors, that the discrimination and harassment historically faced by their communities continued to be downplayed.

“It’s taken six Asian American women dying in one day to get people to pay attention to this,” Sung Yeon Choimorrow, executive director of the National Asian Pacific American Women’s Forum (NAPAWF) told the Guardian. “Record keeping of hate crimes against Asian Americans is so low because they are not even willing to accept that we are discriminated against and harassed because of our race.”

In the latest statistics for hate crimes compiled by the FBI for 2019, a total of 4,930 victims were identified where race or ethnicity was the motive. Of those, 4.4% were victims of anti-Asian bias, compared with 48.5% of anti-black and 14.1% of anti-Hispanic bias.

The data is widely accepted to be a gross understatement of the hate crime problem in America today, including for Asian Americans. A federal law has been in place since 1990 requiring records to be kept on hate crimes, but it is largely ineffective as individual police forces are under no obligation to participate.

As a result, almost 90% of the law enforcement organizations involved in the 2019 hate crimes study reported no incidents at all – a blank filing that many civil rights advocates regard as frankly unbelievable. On top of that, a federal report released in February found that more than 40% of hate crimes are never reported to authorities.

“We don’t even have a clear picture of the true amount of hate crime in the US. The FBI can tell you how many bank robberies occurred last year, but they can’t tell you a real assessment of bias crimes,” said Michael German of the Brennan Center for Justice who worked in the 1990s as an undercover FBI agent infiltrating white supremacist groups.

German pointed out that between 2017 and 2018 there were 230,000 violent hate crimes, according to a Department of Justice survey of victims. Yet over the same period the DoJ only prosecuted 50 hate crime cases.

“That’s an indication of the lack of interest and priority that the federal government pays to this subject,” German said.

new report itemizing 3,795 incidents of verbal harassment, physical assault, workplace discrimination and other forms of bias that occurred during the pandemic.

The group said the incidents represented “only a fraction of the number of hate incidents that actually occur, but it does show how vulnerable Asian Americans are to discrimination”.

Asian Americans Advancing Justice is another group that encourages self-reporting of hate and harassment through its hate tracker, StandAgainstHatred.org. Marita Etcubañez, the organization’s senior director of strategic initiatives, said that the chronic under-reporting of hate incidents had many causes, including individuals’ reluctance to engage with law enforcement and lack of language support.

“Many immigrants are distrustful of government and aren’t confident that they will get the help and support they need if they do report,” she said.

Women and older Asian Americans appear to have been especially targeted in the wave of incidents ranging from verbal assaults to brutal attacks. In January Vicha Ratanapakdee, 84, was fatally attacked on the streets of San Francisco.

Choimorrow said that there had been a surge in hate incidents during the pandemic. Her group, NAPAWF, had conducted a soon-to-be-published survey that found that about 50% of Chinese American women in the sample had experienced racist slurs in public, rising to 64% of Korean American women.

She said that she could personally attest to that. “I have experienced racism directed at me around the pandemic just walking around my Chicago neighborhood. I’ve had a man chasing me and my daughter down the street yelling ‘Go back to China and take your virus with you!’”

The precise motivation of the male Atlanta spa shooter remains unclear, with some reports suggesting it may have been more of a sexual than a racial nature. But fears among Asian Americans have been elevated by the killings, coming as they do on top of the spike in hate incidents that followed the former US president Donald Trump’s xenophobic description of coronavirus as the “Chinese virus”.

Joe Biden addressed the shootings on Wednesday. “Whatever the motivation here, I know Asian Americans, they are very concerned, because as you know I have been speaking about the brutality against Asian Americans, and it’s troubling,” he said.

In his first week in office, the president signed an executive order designed to combat racism and xenophobia against Asian Americans and Pacific Islanders. It condemned “inflammatory and xenophobic rhetoric” without mentioning Trump by name.

The order also instructed the US attorney general, since confirmed as the former federal judge Merrick Garland, to “expand collection of data and public reporting regarding hate incidents”.

German said that in the wake of the Atlanta shootings the justice department would now be in the spotlight.

“Garland will be under pressure to do more. The public is concerned about hate crimes and the significant uptick in violence against Asian Americans,” he said.

Arseny Bulakov, the chairman of the St. Petersburg Tolkien Society, called the production “a very revealing artifact” of its era: “filmed in destitute … END_OF_DOCUMENT_TOKEN_TO_BE_REPLACED