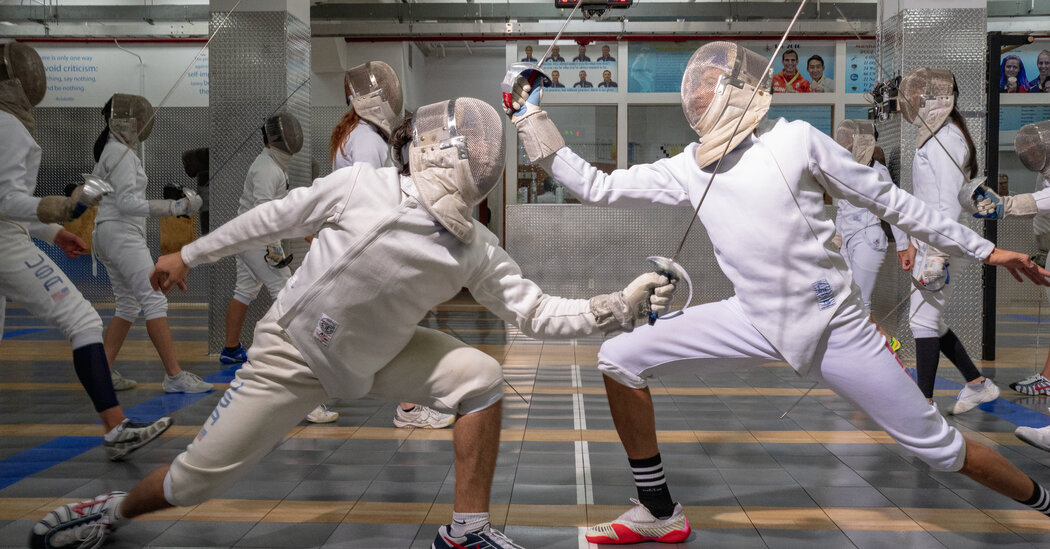 The group recently hired a senior manager for diversity, equity, inclusion and belonging.

“We want there to be Olympians who come from nontraditional fencing areas,” he said.

In New York, Peter Westbrook, an Olympic medalist in fencing, started a foundation to help potential fencers from different racial and economic backgrounds. Among the beneficiaries was Ivan Lee, who ultimately became a two-time national champion and is currently the fencing coach at Long Island University.

“Peter had that vision where he wanted to spread the sport of fencing to children in the inner city,” said Mr. Lee, who grew up in Brooklyn and went to St. John’s University. Mr. Lee, 41, says that, even two decades ago, his parents saw fencing as a pathway to college.

Can Fencing Keep Its Advantage?

Eileen Ye, who attended the private Brearley School and trained at Manhattan Fencing Center, is attending Harvard this fall, without being a recruited athlete.

Even so, she said, “I definitely think fencing added to my application.”

Ms. Ye was good enough to make the women’s team, one of 15 students on the roster, just as fencing and other elite sports are under a microscope.

Then again, the tradition of athletic preferences could be hard to extinguish.

Two years ago, faced with financial strains from the pandemic, Stanford decided to eliminate fencing and 10 other sports — men’s rowing, sailing, squash and synchronized swimming —because of their high costs.

Following a backlash from alumni, they were reinstated.

AUSTIN, Texas--(BUSINESS WIRE)--As the first multifamily management company to be recognized in the Public Relations and Marketing Excellence Awards, … END_OF_DOCUMENT_TOKEN_TO_BE_REPLACED

There have been whispers of cooling housing and rental prices in the San Francisco Bay Area, but that hasn't yet translated into practical, noticeable … END_OF_DOCUMENT_TOKEN_TO_BE_REPLACED

Cars pass in Independence Square at twilight in Kyiv, Ukraine, Monday, Oct. 31, 2022. Rolling ... [+] blackouts are increasing across Ukraine as the … END_OF_DOCUMENT_TOKEN_TO_BE_REPLACED