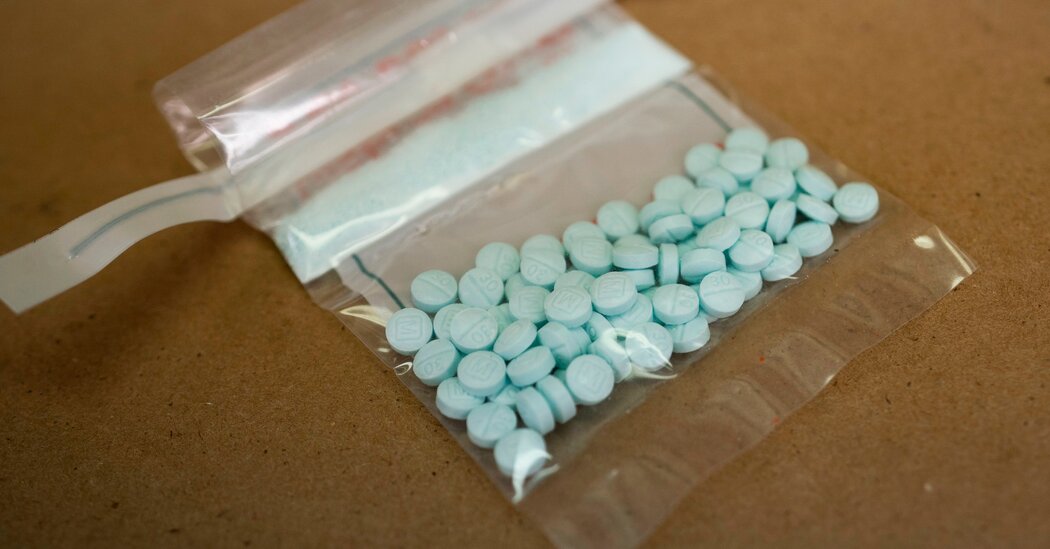 One night in June, according to court papers, 22-month-old Charles Rosa-Velloso’s father prepared a bottle of formula and gave it to him in the apartment where they were living at a homeless shelter on Manhattan’s Lower East Side.

The next morning, Charles was found face down in bed and covered in vomit. He was soon pronounced dead. An analysis of the bottle’s contents by the medical examiner gave the reason: The formula was contaminated with fentanyl, according to a criminal complaint filed on Wednesday. The boy’s body contained enough of the drug to kill an adult.

His father, Anthony Rosa, 51, was arraigned Wednesday on charges of second-degree manslaughter, which carries a sentence of up to 15 years.

At the time his son ingested the fentanyl, Mr. Rosa was alone caring for him in the apartment, at the Urban Family Center shelter on Baruch Place, because the boy’s mother was at the hospital after having delivered another child, the police said.

fatal overdoses caused by fentanyl, a synthetic, super-concentrated opioid, across the country, including in New York City.

According to the National Center for Health Statistics, 106 American children 5 and under died of drug overdoses in 2019, the most recent year for which data is available. It was the highest number since the center began tracking such deaths in 1999.

In just the past few months, fentanyl and other opioids have been linked to the deaths of an 11-month-old girl in South Carolina, a 10-month-old in Pennsylvania, a 2-year-old boy in Indiana and a 15-month-old boy in California.

died in 2018 after ingesting fentanyl and heroin in an apartment where the drugs were being packaged for sale.

The Henry Street Settlement, the nonprofit that runs the shelter where Charles died, said only that the family no longer lived there. The Department of Homeless Services declined to comment, and the city’s Administration for Children’s Services said only that it was coordinating with the police.

In addition to manslaughter, Mr. Rosa is charged with harassing a caseworker from the children’s services agency who investigated him after his son’s death.

Mr. Rosa repeatedly texted threats to the caseworker, according to the complaint, including one that said, “I can find anyone in this city, with a Zip code, I find your zone, next I be right in front of your door.”

These first months of the year are traditionally when hopeful homebuyers sit down to tally their raises or bonuses and assess what they can afford. … END_OF_DOCUMENT_TOKEN_TO_BE_REPLACED