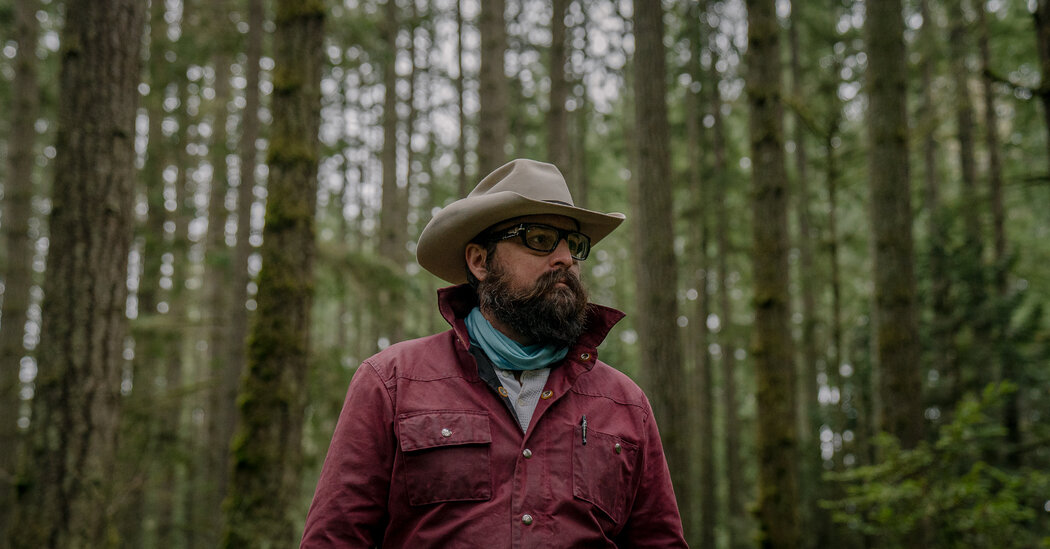 Mr. Agerton tested positive for the coronavirus in late November after returning from the Red Sea. Because the expedition team followed strict precautions, he assumes he became infected while flying home. With a low fever, mild respiratory symptoms and a loss of smell, he isolated in a bedroom at home on Bainbridge Island near Seattle for 10 days, protecting Ms. Agerton, 46, and their children, ages 5, 11 and 16.

Then, on Dec. 17, an ordinary spam call on his cellphone triggered a cascade of paranoia linked to technology, surveillance and government agents.

“I started having these auditory hallucinations,” he said. He would jump to the window at night, imagining voices outside. Fearing that families looking at their neighborhood’s Christmas lights were conducting espionage, he would grab the family’s Australian shepherd, Duke, and walk outside “to get eyeballs on the people in the car,” he said. Then, he would become convinced that police scanners were broadcasting his dog walking and every other move he made.

“I couldn’t control myself,” he said, adding “I was just thinking ‘I’m losing my mind.’”

After two mostly sleepless days of keeping it to himself, he confided in his wife, who was stunned. “To have your person that is great in a crisis experiencing a crisis was for me just total helplessness and fear,” she said.

He asked her to place the family’s phones in airplane mode and worried their house was bugged. He became “out-of-his-skin anxious” about an ambulance siren, said Ms. Agerton, who drove him around looking for it. “Probably every 30 minutes, he needed to make the rounds outside and see what was out there.”

She took him shopping, thinking “something as mindless as Costco would kind of help it be just a normal day,” but said he feared shoppers were plainclothes agents. “It was really torture for him.”

That evening, she called a friend, a nurse with mental health experience.

“You need to get to the emergency department right now,” the friend urged, adding, “lock up any guns,’” Ms. Agerton said.

Whether you optimistically hope that mortgage rates will decline or are resigned that rates will stay elevated above the historic lows of 2021, you … END_OF_DOCUMENT_TOKEN_TO_BE_REPLACED