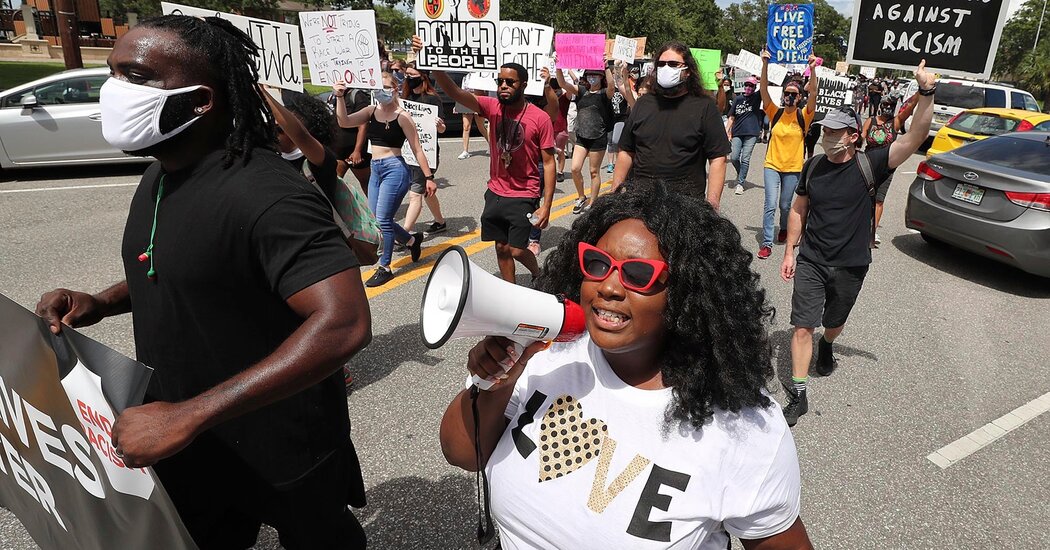 The Republican-led Florida Senate on Thursday passed a bill that was intended to crack down on rioting, but that critics said would criminalize the peaceful demonstrations against police brutality that have swept across the state and the country since the killing of George Floyd last year.

Gov. Ron DeSantis, a Republican, said he planned to sign the measure into law. It passed the Republican-led House in March.

The wide-ranging bill, HB 1, titled “Combating Public Disorder,” allows prosecutors and local officials to appeal to the state if a municipality tries to cut its police budget amid calls to cut or defund the police.

It makes battery on a law enforcement officer “in furtherance of a riot or an aggravated riot” punishable by at least six months in prison. “Willfully and maliciously” pulling down a memorial or historic property would be a second-degree felony, a penalty that critics said would protect Confederate monuments.

said. “The bill was purposely designed to embolden the disparate police treatment we have seen over and over again directed towards Black and brown people who are exercising their constitutional right to protest.”

Mr. DeSantis’s office said the Legislature had answered his call “to uphold the rights of our state’s residents while protecting businesses and supporting our brave men and women in law enforcement.”

“This legislation strikes the appropriate balance of safeguarding every Floridian’s constitutional right to peacefully assemble, while ensuring that those who hide behind peaceful protest to cause violence in our communities will be punished,” the governor’s office said in a statement. “Further, this legislation ensures that no community in the state engages in defunding of their police.”

AUSTIN, Texas--(BUSINESS WIRE)--As the first multifamily management company to be recognized in the Public Relations and Marketing Excellence Awards, … END_OF_DOCUMENT_TOKEN_TO_BE_REPLACED

There have been whispers of cooling housing and rental prices in the San Francisco Bay Area, but that hasn't yet translated into practical, noticeable … END_OF_DOCUMENT_TOKEN_TO_BE_REPLACED

Cars pass in Independence Square at twilight in Kyiv, Ukraine, Monday, Oct. 31, 2022. Rolling ... [+] blackouts are increasing across Ukraine as the … END_OF_DOCUMENT_TOKEN_TO_BE_REPLACED