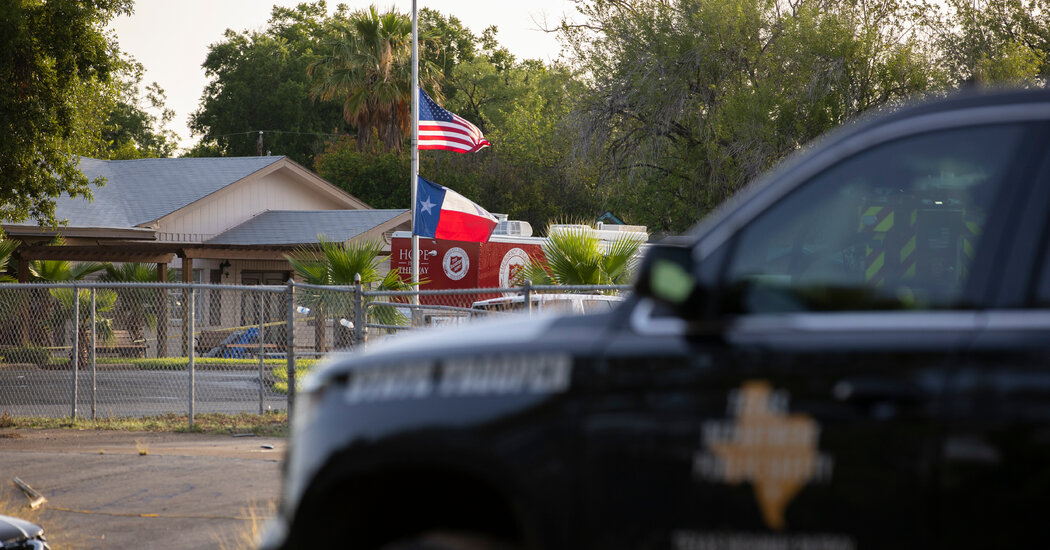 In the aftermath of the mass shooting at an elementary school in Uvalde, Texas, parents and community members have clamored for accountability, asking how officers allowed a gunman to remain inside a locked classroom with injured students for more than an hour.

But any legal remedy could be difficult to achieve. A civil lawsuit would have to overcome the legal immunity that protects police officers during the course of their duties. And while police officers have occasionally been charged and convicted when their actions caused death, criminal charges against police officers who failed to protect the public are extremely rare.

Generally speaking, said Seth Stoughton, a former officer who now tracks police accountability as a professor of law and criminal justice at the University of South Carolina, actions are legally easier to punish than omissions.

the district police chief decided to delay a confrontation, officials have said. A growing group of officers waited for more than an hour outside the classrooms where the gunman had opened fire, even as children inside the rooms called 911 and pleaded for help.

There is a precedent for bringing charges against law enforcement for its response to a mass casualty event. In the shooting that killed 17 people at a high school in Parkland, Fla., four years ago, prosecutors are pursuing a criminal case against Scot Peterson, arguing that as a school resource officer, the laws that apply to caregivers should apply to him. Mr. Peterson, who prosecutors say took cover behind a wall while a gunman moved through several floors of Marjory Stoneman Douglas High School, has been charged with seven felony counts of child neglect.

Mr. Peterson had been trained in how to deal with mass shootings several times and was an instructor for active killer training, according to a statement filed by prosecutors. The training prioritized the lives of deputies third, after hostages or victims and innocent bystanders, but before suspects. Officers in Uvalde were taught similar priorities in their active shooting training.

of the gun used in the attack, Daniel Defense. One of the lawyers petitioned in court to have company officials sit for a deposition focused on how the firm markets AR-15-style rifles and profits from them.

State Representative Carl Sherman Sr., a Democrat, said he would like to see more built-in accountability to investigate law enforcement failures, noting that other professions, such as nursing, have more robust systems in place.

“It is time that we have more systemic accountability in policing,” he said. “Apologizing for poor decisions is just not sufficient.”

But Mr. Sherman, whose son is a police officer, was unsure whether criminal accountability was the right path for handling officers who failed to protect others. He noted that officers initially responding to a scene with a basic service handgun on their hip may find themselves ill-equipped to confront the high-powered weaponry of a gunman.

Lawmakers have the responsibility to change those dynamics, he said, by banning assault weapons and high-capacity magazines. He also said legislative solutions such as stronger background checks, safe-storage laws, red-flag laws and more opportunity to hold gun manufacturers liable are options for protecting communities from the threat of mass shootings, short of putting so much responsibility in the hands of the police.

“The responsibility is primarily with lawmakers,” he said. “We are putting officers in these positions.”

An affordable center-chimney Colonial in Glastonbury, CT, is the oldest property to hit the market this week on Realtor.com®.Offered at a steep … END_OF_DOCUMENT_TOKEN_TO_BE_REPLACED

Nissan was one of the early pioneers of the electric car. The Leaf has now sold over 600,000 units worldwide since its launch in 2011 and is still … END_OF_DOCUMENT_TOKEN_TO_BE_REPLACED

RUDNE, Ukraine — Yurii Brukhal, an electrician by trade, didn’t have a very dangerous role when he volunteered for Ukraine’s territorial defense … END_OF_DOCUMENT_TOKEN_TO_BE_REPLACED