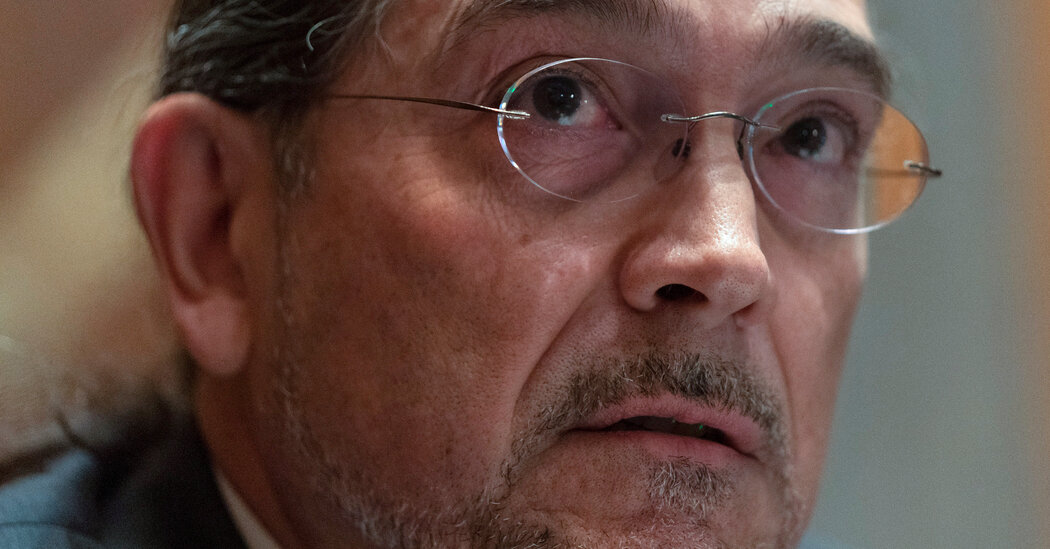 The new director of the Census Bureau, Robert L. Santos, has his work cut out for him. He took office in January on the heels of a 2020 census hobbled by a pandemic, natural disasters and political interference by the Trump administration.

The census proved accurate enough in the end to be used to reapportion the House of Representatives and guide the drawing of new political maps nationwide. But it also undercounted Black and Latino people — and overcounted white and Asian people — to an alarming degree. Those flaws resonate with Mr. Santos, a Latino who is the first person of color to hold the top Census Bureau post.

His task is not just to rebuild battered public trust in the census, but to prepare for a 2030 count that could rely on government data and even private data from internet giants like Amazon to achieve a more accurate count.

Mr. Santos is a statistician with more than four decades of experience in corporate, nonprofit and government posts, most recently at the Urban Institute, a nonprofit that analyzes social and economic policies. In a recent question-and-answer session, edited for length and clarity, he talked about those challenges.

redrawing of the boundaries of congressional and state legislative districts. It happens every 10 years, after the census, to reflect changes in population.

There are a variety of areas where we expect the data only to improve. Part of it is coming from the work that we’re doing with O.M.B. on setting statistical standards.

The 2020 census questions about race and ethnicity led to seismic shifts in how people characterized their race and ethnicity, which confused many people. Is there a better way to ensure that answers to that question are more accurate?

There are certainly ways to come to ask questions to more accurately collect self-identity. Our country not only is becoming more wonderfully diverse, but we’re also appreciating culture and ancestry in ways that maybe didn’t exist 20 years ago with the advent of DNA testing and finding where your roots and ancestors are with genealogy and so forth. We’re appreciating who we are more, and I think that’s a beautiful thing and we should be capturing that.

I don’t think it’s useful to superimpose somebody else’s idea on what race or ethnicity you are, and instead I tend to prefer that people self-identify. But I leave it to our wonderful subject matter experts and demographers and O.M.B. and our federal statistical community to discuss.

I can tell you that I have thoughts, but I will not communicate them. I don’t think it’s the role of the Census Bureau to be advising Congress on what it can be doing. What I can say with confidence is that regardless of what the structure is I have absolutely 100 percent confidence in the career staff to maintain scientific integrity and reduce and eliminate any political meddling, including my own by the way.

The Seattle Seahawks are very much still in the running for Baker Mayfield. (Photo by Stacy ... [+] Revere/Getty Images) Getty Images The Seattle … END_OF_DOCUMENT_TOKEN_TO_BE_REPLACED

(CNN) — Kim Kyung-seop recalls going to cheap bars after class with his friends, where they binged on as much makgeolli as possible. "You know the … END_OF_DOCUMENT_TOKEN_TO_BE_REPLACED