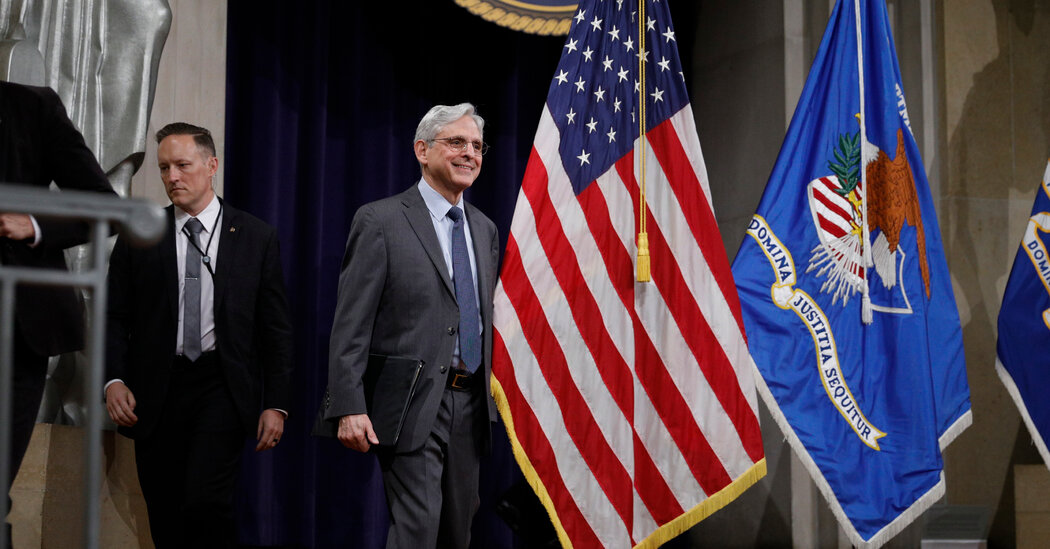 Attorney General Merrick B. Garland is expected to meet Monday afternoon with leaders of three major news organizations — The New York Times, CNN and The Washington Post — following the disclosure that the Trump Justice Department had secretly seized phone records for reporters at each of them.

President Biden has since directed the Justice Department not to seize reporters’ communications records in hunts for their sources in leak investigations, calling that practice “simply, simply wrong,” and Mr. Garland is developing a new policy to carry out that instruction.

The leaders of two of those organizations — The Times and CNN — were also subjected to gag orders in related legal fights for reporters’ email data that spilled over into the Biden administration. Leaders of The Times, were told in March about a two-month-old court order to Google, which runs the paper’s email system, for reporter data — but also forbidden to talk about it.

The meeting is set for 4 p.m. and is expected to last about an hour. The news executives — which include the publisher of The Times, A.G. Sulzberger, and a Times newsroom lawyer, David McCraw, who were among those gagged in March — are expected to raise concerns about the investigative steps affecting reporters, and to discuss the details of the new policy Mr. Garland is working on.

In testimony last week, Mr. Garland said the new policy will be “the most protective of journalists’ ability to do their jobs in history.” But many details remain unresolved, including how broadly the new protections will apply and whether he will implement it via a method that is easy or difficult for a future administration to roll back.

Helene Thiesen was one of 22 Inuiit children separated from their families in Greenland 70 years ago. Editor’s note: This story is part of CNN’s … END_OF_DOCUMENT_TOKEN_TO_BE_REPLACED