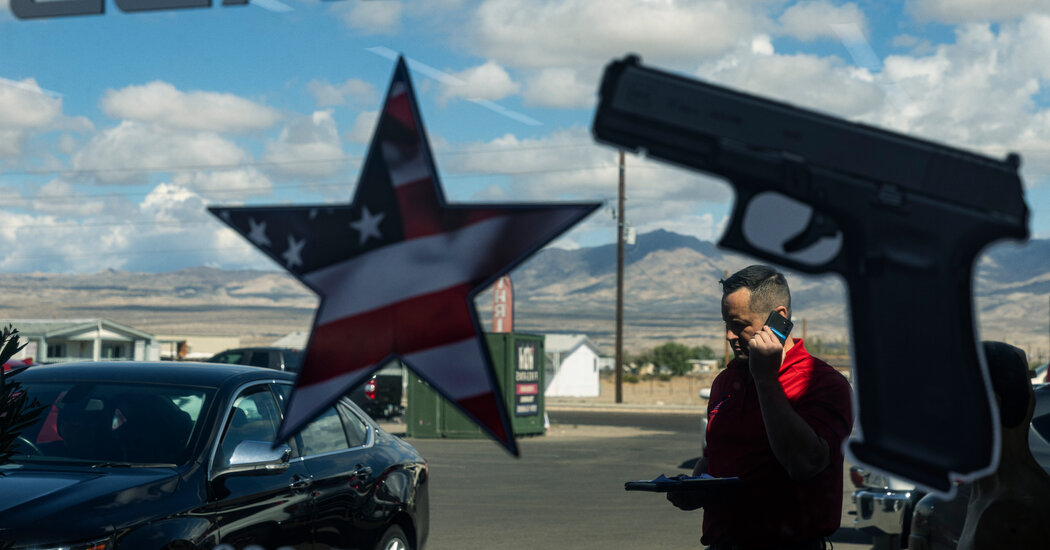 Jeanne Kentch, the chairwoman of the Mohave County Republican central committee, said that most conservative voters in the area were still devoted to Mr. Gosar. Yes, people are worried about inflation and housing scarcity and looming water shortages from climate change and uncontrolled groundwater drilling. But she said his hard-right conservative views were the most important factor in earning her vote.

“He’s the only one who would guarantee America first,” Ms. Kentch said.

Chuck Coughlin, an Arizona political analyst, said that challengers like Mr. Morgan were not just fighting Mr. Gosar but going against the DNA of most Republican primary voters. He said the challenger campaigns were likely to fail.

“Those Republican primary voters believe the election was stolen,” Mr. Coughlin said. “The more extreme the candidate is, you’re rewarded for that behavior. Because that’s the constituency that votes.”

Still, Mr. Gosar recently sought to distance himself from white nationalists who have become his allies and supporters. After he gave a video speech to a conference organized by a white nationalist, he blamed his staff for a “miscommunication,” telling Politico that the video had gone to the wrong group. Mr. Gosar spoke in person to the same group a year earlier.

The question of whether Arizona’s Republicans choose Mr. Gosar or a more mainline Republican reflects broader tensions about which faction will prevail as Republican standard-bearers as the party tries to hold control of the Arizona governorship and unseat one of the Senate’s more vulnerable Democrats.

Gov. Doug Ducey, a conservative Republican, recently signed laws banning abortions after 15 weeks, prohibiting surgeries for transgender minors and requiring that voters provide proof of citizenship. Nevertheless, he still received the ire of the state’s Republican Party for affirming President Biden’s narrow win and for defending how Arizona had run its elections.

Kari Lake, a former television anchor and a leading Republican contender to succeed Mr. Ducey, has promoted falsehoods that the election was stolen. One of the Republican candidates for Senate, Jim Lamon, falsely claimed to be an elector able to cast Arizona’s electoral votes for Mr. Trump.

When you’re searching for—and ultimately settling into—a new house, it’s all about prioritizing the to-do list. And in these days of … END_OF_DOCUMENT_TOKEN_TO_BE_REPLACED

More From ForbesOct 7, 2022,12:14pm EDTMenopause Supplement Industry To Grow To $22.7 Billion By 2028 As Women Seek Out Alternative … END_OF_DOCUMENT_TOKEN_TO_BE_REPLACED