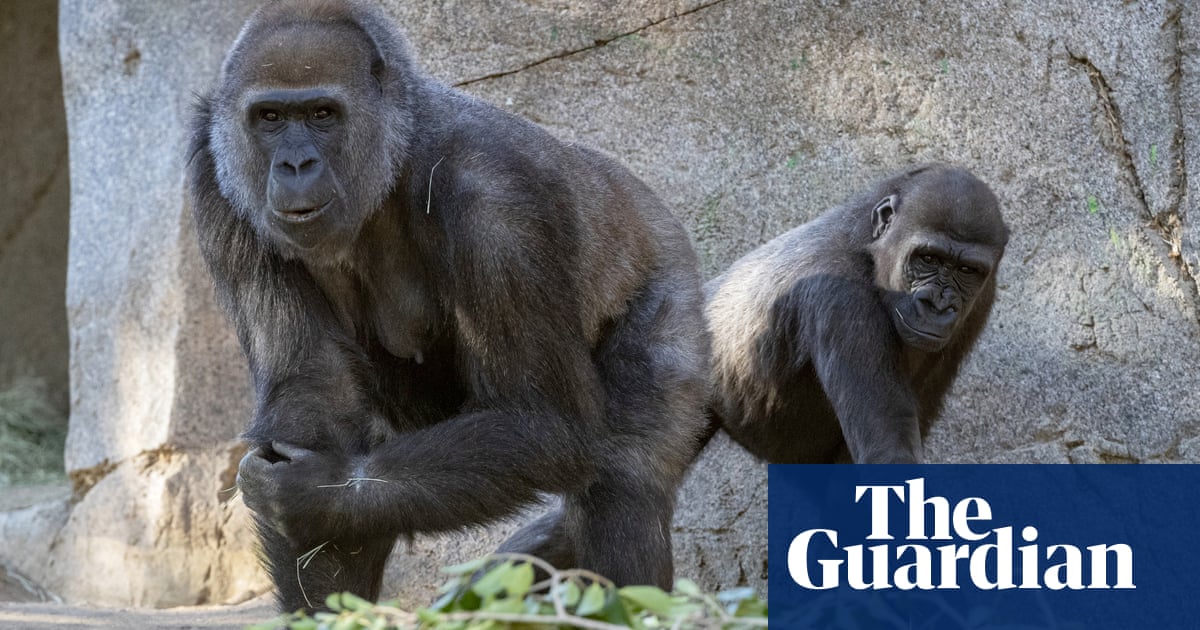 Nine great apes have been given an experimental Covid-19 vaccine at San Diego zoo after an outbreak in a troop of gorillas there in January.

Five bonobos and four orangutans became the first great apes at an American zoo to receive jabs against the disease in January and February.

The animals were given two doses of an experimental vaccine developed by the US veterinary pharmaceutical company Zoetis for use in animals. The vaccine could also be used on mink, cats and dogs if given regulatory approval.

Zoetis said the zoo had made an emergency request for the vaccines after eight members of the western lowland gorilla troop tested positive for Covid-19 at the start of 2021, suffering from coughs, runny noses and lethargy.

The gorillas are believed to have caught it from an asymptomatic zookeeper who tested positive for the virus. The zoo said staff had been wearing masks at all times around the gorillas. The troop has since made a full recovery and the public are allowed to visit the animals again after restrictions were lifted.

“That made us realise that our other apes were at risk,” Nadine Lamberski, the chief conservation and wildlife health officer for the San Diego Zoo Wildlife Alliance, told the San Diego Union-Tribune. “We wanted to do our best to protect them from this virus because we don’t really know how it’s going to impact them.”

Dogs, cats and mink are among the animals that have tested positive for Covid during the pandemic, but scientists are especially concerned about the virus’s spread to great apes such as gorillas, chimpanzees and orangutans.

The Guardian understands that the UK government has no plans to vaccinate primates at zoos and there have not been any reports of Covid-19 infections.

London zoo said the experimental vaccine was not available in the UK, and added that its health team would investigate all avenues to protect the safety of its animals.

Amanda Guthrie, the Zoological Society of London’s head of wildlife services, said: “Zookeepers take stringent precautions to ensure the safety of susceptible animals, including wearing masks and gloves when preparing their food and cleaning out their enclosures.”

In March 2020, scientists warned that populations of chimpanzees, gorillas and orangutans could be wiped out during the coronvirus pandemic.

Virunga national park in the Democratic Republic of the Congo closed to tourists when the coronavirus emerged, and rangers follow strict guidelines around the gorillas, including wearing masks, maintaining a distance of 10 metres, restricting toilet use in the forest and imposing strict quarantine rules on other people who might spend time near the great apes.

The national park told the Guardian that it would be open to vaccinating the gorilla population, which is now more than 1,000 strong, but vaccines for the 5 million humans in the surrounding area were the priority.

“The protection and welfare of the mountain gorillas is obviously critical, so the park will look at any potential measure that would be helpful in protecting them from any threat of transmission, including this possibility [of vaccinating the gorillas],” a spokesperson said in an email.

“In any reopening of gorilla tourism we will also bear in mind the importance of the local populations to the park – there are approximately 5 million people that live within a day’s walk of the park – and protecting them from any threat of transmission too, as none of them have yet been vaccinated.”

Chief Covelli said Mr. Crimo planned the shooting for several weeks, but that the authorities had not yet established what his motive was. “We have no … END_OF_DOCUMENT_TOKEN_TO_BE_REPLACED

Kevin McKenzie and Martine van Hamel were standing in the dining room of their weekend house in Woodstock, N.Y., trying to figure out when they got … END_OF_DOCUMENT_TOKEN_TO_BE_REPLACED