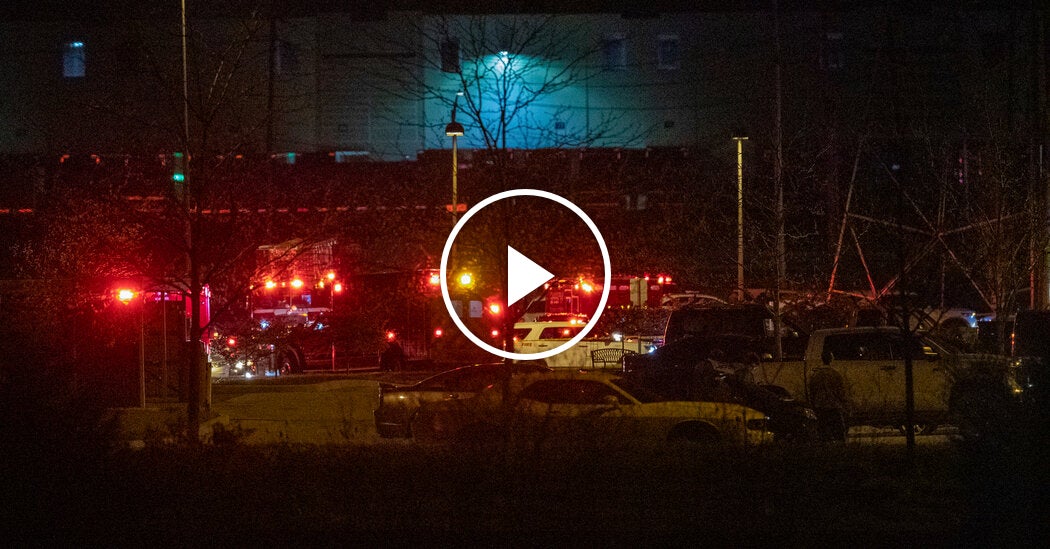 The police said a gunman fatally shot eight people and injured several others at a FedEx facility in Indianapolis late Thursday before killing himself.

Just after 11 o’clock, on Thursday evening, the Indianapolis Metropolitan Police Department responded to 8951 Mirabel Road, the FedEx Ground Plainfield Operations Center. We received a call reference shots fired to that location. As officers responded, they arrived to an active shooter incident at that location. Preliminary information at this time is that the alleged shooter has taken his own life here at the scene. After a preliminary search of the grounds inside and out, we have located eight people at the scene with injuries consistent to gunshot wounds. Those eight were pronounced deceased here at the scene. We have been made aware of multiple other people with injuries who have been transported to local hospitals or who have transported themselves to local hospitals. We know for sure that we had four people transported by ambulance, one in critical condition with gunshot injuries, consistent with gunshot wounds. We had three others that were transported with various other injuries. And then we had two other people that were here at the scene treated by medical staff and then released from that. We’ve had multiple other walk-ins to different local hospitals.

AUSTIN, Texas--(BUSINESS WIRE)--As the first multifamily management company to be recognized in the Public Relations and Marketing Excellence Awards, … END_OF_DOCUMENT_TOKEN_TO_BE_REPLACED

There have been whispers of cooling housing and rental prices in the San Francisco Bay Area, but that hasn't yet translated into practical, noticeable … END_OF_DOCUMENT_TOKEN_TO_BE_REPLACED

Cars pass in Independence Square at twilight in Kyiv, Ukraine, Monday, Oct. 31, 2022. Rolling ... [+] blackouts are increasing across Ukraine as the … END_OF_DOCUMENT_TOKEN_TO_BE_REPLACED