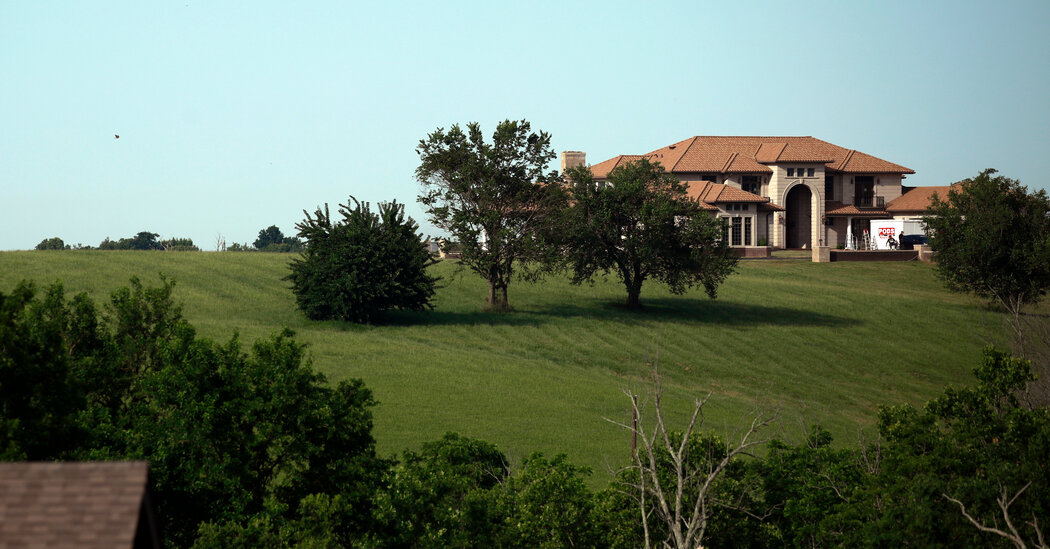 So in 1982, he took out a loan to buy a liquor store in Richmond, a small city about a half-hour southeast of Lexington. Southern Kentucky in the 1980s and 1990s was still a desert of dry counties, and Richmond was the closest oasis for miles. Mr. Morgan eventually opened Liquor World, a giant alcohol emporium in Richmond, where, he said, “we were doing over a million a month.”

He married and had a daughter, Jordan. He divorced, married again, and Sydney was born. He went to Ireland to watch horse races, took the family to Paris, bought a boat. And in 2009, he got to work on the house.

“My vision was that I was building a place I was going to die in,” he said. “The finest everything. I spared no expense.”

On 200 acres of Kentucky meadow just outside of Richmond, his vision became a 14,300-square-foot reality. Nine bedrooms, three kitchens, a six-car garage, a steam room, a saltwater pool — the front entryway alone cost $75,000.

“My feelings were that we were going to have civil unrest because there was so much going on with Obama,” Mr. Morgan said. He believed that people were going to rise up against the attempts to overhaul health care and restrict guns, and that societal collapse would soon follow. He envisioned “roving bands of gangs” hunting for food and necessities in the aftermath. He bought riot gear, bulletproof vests and a small arsenal of firearms, so that “if you had to engage a band of marauders, you would have a chance to save your family.”

The keystone of his survival plan was what lay underneath: a shelter 26 feet underground, beneath a 39-inch solid ceiling. It contains 2,000 square feet of bedrooms and common space along with a stocked food pantry, an air filtration system and two escape tunnels, one of them 100 feet long. The company that installed the shelter suggested that Mr. Morgan keep quiet about it, because “if anything ever happened, there’d be people that try to take the bunker.”

Whether you optimistically hope that mortgage rates will decline or are resigned that rates will stay elevated above the historic lows of 2021, you … END_OF_DOCUMENT_TOKEN_TO_BE_REPLACED

A resident of Nikopol, Ukraine, in her backyard last month, with smoke rising from an area on the opposite bank of the Dnipro River. Credit...David … END_OF_DOCUMENT_TOKEN_TO_BE_REPLACED