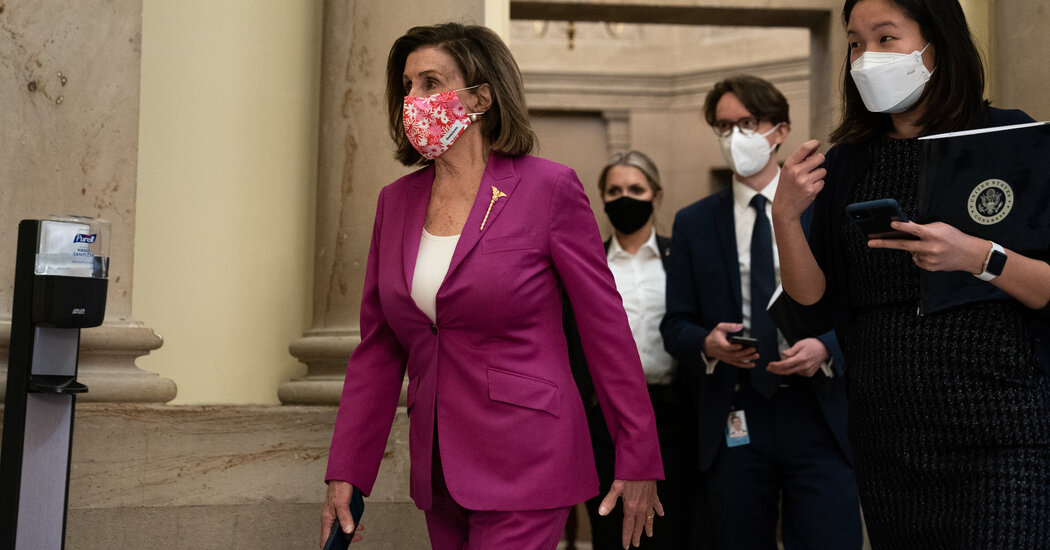 “Heaven forbid we pass something that’s going to help the damn workers in the United States of America,” Representative Tim Ryan, Democrat of Ohio, bellowed across the House floor on Tuesday, addressing Republicans who lined up to oppose the measure. The G.O.P., he said, seemed more interested in tax cuts and moaning about “cancel culture” than helping American pocketbooks.

“Stop talking about Dr. Seuss and start working with us on American workers!” he added.

Strengthening unions has been the priority of Democrats and some Republicans in Congress for decades, as businesses, the courts and Republican-led states have slowly chipped away at labor protections. Plummeting union participation — just over 10 percent of American workers are in a union today, compared with a high of one-third in the 1950s — combined with stagnation in wages among the working and middle class has catapulted the issue to the top of Democrats’ agenda.

Labor rights proponents point to studies suggesting that unions help deliver higher wages regardless of race and gender, as well as safer work environments — issues that have taken on greater resonance with the public during the pandemic and after racial justice protests last year. Public polling suggests support for labor unions is rising, too.

“The PRO Act is a civil rights act,” Richard Trumka, the president of the A.F.L.-C.I.O., said in a recent interview. “If you have a union contract, everyone is making the same wages. There’s no differential between men and women, Black and white. There are protections for L.G.B.T.Q., for women. The law doesn’t always protect them, their contracts do.”

The bill would not in itself create unions or alter the right to organize. Rather, it tries to ease the path to unionization by strengthening existing unions, putting in place new protections for workers seeking to band together to negotiate as a bloc and establishing new penalties for employers that set out to bust up such efforts.

For example, the measure would deprive employers of some of their most potent tools in stopping an organizing campaign: calling mandatory meetings to dissuade employees from unionizing, as Amazon has done, and permanently replacing striking workers.

It would for the first time give real teeth to the National Labor Relations Board, which enforces labor law, allowing federal regulators to impose fines and other meaningful punishments on businesses that violate their workers’ rights. Studies suggest such violations have become widespread because employers face no real consequences for their actions. And wronged workers would get new rights to sue in court if the board declined to prosecute their cases.

The poshest place in California's Coachella Valley is The Madison Club. This exclusive gated community in La Quinta is where A-listers and tycoons … END_OF_DOCUMENT_TOKEN_TO_BE_REPLACED

KOROPY, Ukraine — Four men tugged at long strips of fabric to lift a coffin out of the gaping hole in the backyard of a small house. They flung the … END_OF_DOCUMENT_TOKEN_TO_BE_REPLACED