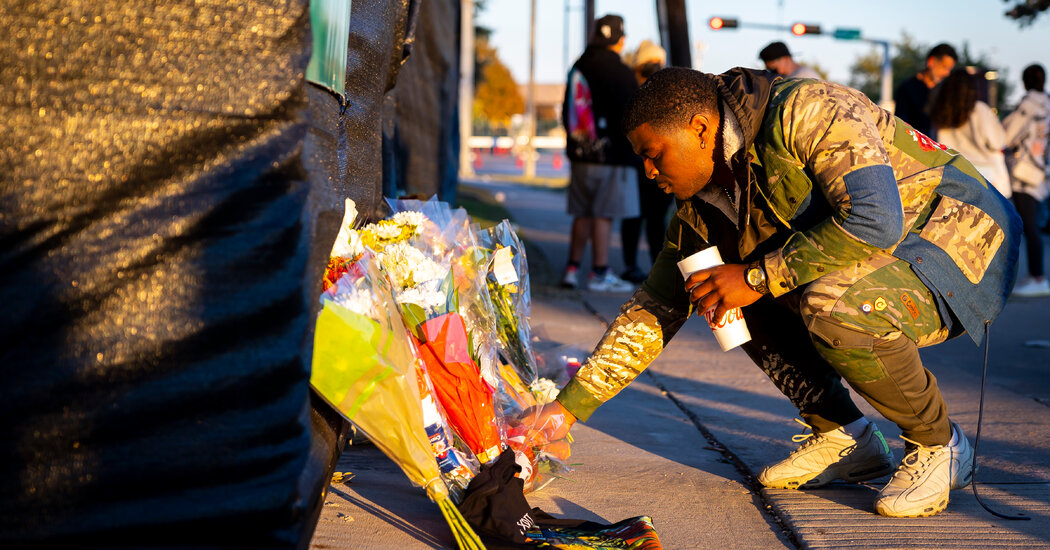 It would be a few more hours before a large number of patients began arriving at the medical tent. Other performances at the festival, which was taking place on two stages throughout the day, proceeded as usual. “We thought it was pretty chill,” said Alex McLemore, 26, who described the scene in the early afternoon in a V.I.P. lounge section.

Event organizers had planned to deploy security personnel throughout the arena, including along nearby roads, gates, fence lines and V.I.P. areas, according to the 56-page planning report. They also set up imposing perimeters: eight-foot fencing with scrim, bike racks, snow fencing and concrete bollards, meant to maintain crowd control. Those fences and barricades were stronger and more robust than they were in 2019, officials said.

Security guards were given a list of visible signs to determine whether patrons were on the verge of needing medical care, including unsteady gait, confusion, vomiting and loss of consciousness. “Many incidents will be minor, and a few will be complex,” the report advised.

The first influx of those seeking medical attention began around 3:30 p.m., Mr. Anjum said. But nothing seemed out of the ordinary for a concert with young fans, where overdoses are not uncommon.

A 22-page medical plan prepared by ParaDocs called for a main medical tent with two emergency room physicians, six registered nurses, two paramedics and nine emergency medical technicians, along with people to track and triage patients. There were 30 cots, 12 tables and two wheelchairs in the main tent; other smaller medical tents were positioned around the event.

But the number of people in need of medical care — which grew to more than 300 and possibly many more — appeared to overwhelm those resources even before Mr. Scott began performing.

By 8:15 p.m., the medical staff on hand said they were unable to document patients because there were so many who needed help. “Many patients were last seen conscious more than 20 minutes prior to receiving any medical attention,” Mr. Anjum said. They began triage.

AUSTIN, Texas--(BUSINESS WIRE)--As the first multifamily management company to be recognized in the Public Relations and Marketing Excellence Awards, … END_OF_DOCUMENT_TOKEN_TO_BE_REPLACED

There have been whispers of cooling housing and rental prices in the San Francisco Bay Area, but that hasn't yet translated into practical, noticeable … END_OF_DOCUMENT_TOKEN_TO_BE_REPLACED

Cars pass in Independence Square at twilight in Kyiv, Ukraine, Monday, Oct. 31, 2022. Rolling ... [+] blackouts are increasing across Ukraine as the … END_OF_DOCUMENT_TOKEN_TO_BE_REPLACED