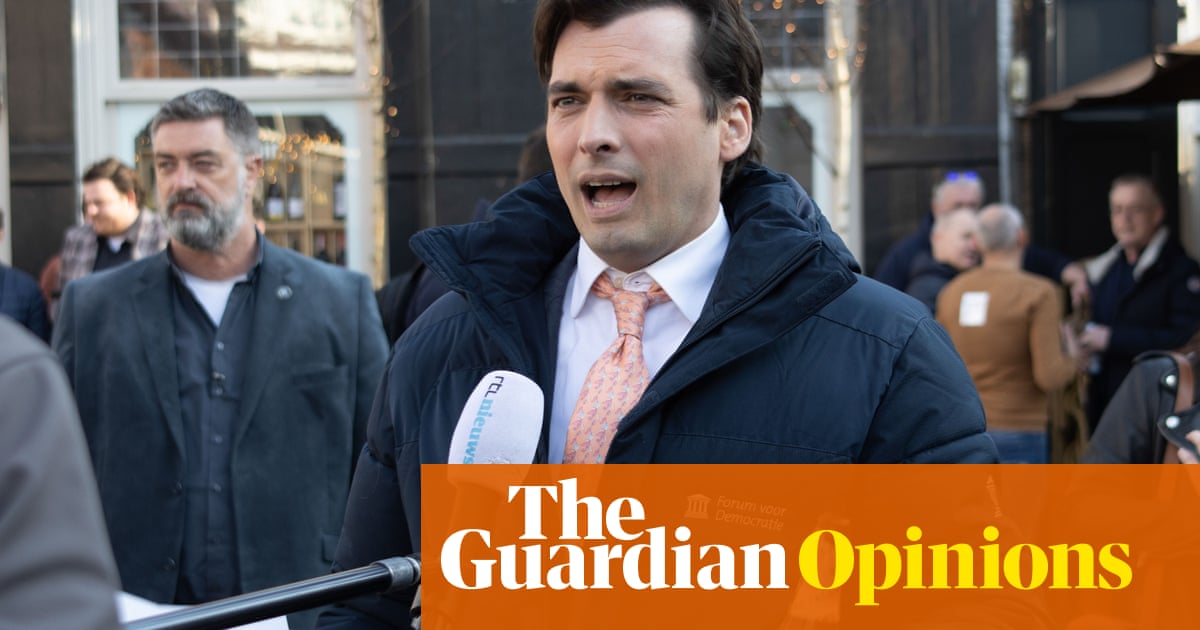 On 20 March 2019, Thierry Baudet provided Dutch television viewers with two surprises. The first was news of his landslide victory in that day’s senate elections. Baudet’s far-right Forum for Democracy (FvD) was a newcomer in parliament, holding just two seats out of 150 in the lower house. But that day, from scratch, Forum gained 12 of the senate’s 75 seats, putting it on a par with the governing liberal party (the VVD) led by prime minister Mark Rutte.

The second surprise was Baudet’s victory speech. “The owl of Athena spreads her wings as evening falls,” he started, and across the country, jaws dropped and drinks were spilled. The Netherlands is not a country noted for oratory. Our politicians would rather downplay their intellectual prowess than borrow from Greek mythology.

Back then, the future must have looked promising for the dynamic young leader: if he could win the Senate elections, could Baudet win the general elections in March 2021?

Most commentators thought he had a chance. For many years the far right of Dutch politics had been served by Geert Wilders’ PVV (Freedom party). Wilders is not known for quoting political thinkers, and tends to be coarse in his speech, for example speaking about imposing a “head-rag tax” on hijab-wearing women. For the better educated, socially conservative, small government-minded voter who is not a fan of immigration, voting for Wilders is not an option. The “civilised right”, as it’s often called in the Netherlands, would either continue to vote VVD or for one of the conservative Christian parties.

he said, “we are being demolished by the people who should have been protecting us.”

It was difficult not to interpret “boreal” as anything but a dog whistle to the extreme right, for whom the word is code for “white”. Baudet Baudet has always denied he is a racist and insisted that “boreal” was just another way of saying “northern”. People seemed to give him the benefit of the doubt. Or at least his poll numbers were growing, as was membership of FvD and its youth wing. He assembled an electoral list including seasoned establishment politicians and young upcoming conservatives. The party looked like a serious contender.

Then it all fell apart – first gradually, then suddenly. The slow decline was a direct result of the pandemic. Voters Baudet might have stolen from the liberal party rallied behind Rutte who, early on in the crisis, began enjoying a 75% approval rating.

Baudet questioned Rutte’s increasingly strict lockdown policies as a “corona dictatorship”, then questioned the virus itself. Wasn’t it just a little flu? Wasn’t the World Health Organization trying to control the political order?

The more seasoned politicians in his party started to get anxious. Embracing conspiracy theories would lose them the ear of “the civilised right”.

And then it all blew up in a Death Star kind of way. In November, antisemitic remarks from the Forum youth wing’s WhatsApp groups were leaked to the press. Instead of investigating the claims of antisemitism, Baudet expelled the whistleblowers.

This did not sit well with others on his electoral list, and a few days later it was leaked to the press that Baudet had said that George Soros “invented” Covid, and that “practically everyone” he knew was an antisemite.

In the controversy that followed, Baudet stunned everyone by stepping down as party leader but then reversed, demanding a party referendum on his position. Flabbergasted, most of the party’s remaining candidates now wanted him out altogether. It was mayhem. In one of the more media-savvy moments, they had the locks changed to the party headquarters, so Baudet couldn’t come in again.

When the party leadership gave in to the referendum the more seasoned members simply quit. As did many Forum politicians in local councils and in the Senate. Of the 12 senators who won seats in the 2019 election, only two are still attached to his party.

More leaked WhatsApp conversations followed, this time of Baudet himself allegedly making racist remarks. On live TV Baudet disclosed that he’d had a romantic entanglement with Eva Vlaardingerbroek, a young woman on his electoral list, who was engaged to a French associate of Marine Le Pen. The TV show then played an audio clip of Vlaardingerbroek speaking about her disappointment in Baudet’s antics and what she claimed was “callous racism”. Baudet looked briefly shaken and in a small voice said that he had to “readjust himself to this news”.

The introspection didn’t last long. Instead of backtracking, with the elections less than a fortnight away, Baudet has now gone into full Trump mode. His anti-lockdown, anti-vaxxer rhetoric has become more extreme, more conspiracy minded, more anti-media, even suggesting that his followers use “creative” solutions to optimise proxy voting to the party’s advantage.

Since last week he’s even been donning a baseball cap.

The one thing that was constantly said about Covid last year, was that it was a great revealer; it revealed the gap between rich and poor, the employed and the unemployed, the old and the young. Covid has also now revealed what Baudet really is; not just the flamboyant and outspoken intellectual that he wanted people to believe he is, but a conspiracy-mongering antisemitic populist, willing to undermine facts, health care, the free press and even democracy, to remain a focal point in Dutch politics.

Is it working? Half of Forum voters now believe Covid was developed to suppress the civilian population.

The problem for Baudet is there are not too many Forum voters left. He is marginalised in the polls and the media have moved on. Don’t be fooled by overblown reporting of the recent anti-lockdown, anti-curfew riots which are not a factor in the election. Baudet’s radical turn has lost him the support of more mainstream voters, because that’s also what Covid revealed: that the Netherlands is not a country for baseball caps and a paranoid style of politics. In times of crisis, we like to stay close to what we know. So the mainstream Rutte, in charge for 11 years now, commands a lead in the polls that seems insurmountable by any party.

Baudet’s demise has helped Wilders’ support to recover. His party is expected to take 20 seats, more or less the same level of support he’s had for a decade. But these are seats that are next to useless, since no mainstream party is willing to work with him, just as he is not willing to work with them. Wilders seems happiest when he is far away from government responsibility.

Baudet will probably keep his current two seats in parliament, if he’s lucky he might gain a couple. But he’s no longer a contender.

Then again: like Trump, Baudet doesn’t believe in the polls.

DALLAS — The rollback of abortion rights has been received by many American women with a sense of shock and fear, and warnings about an ominous … END_OF_DOCUMENT_TOKEN_TO_BE_REPLACED

The poshest place in California's Coachella Valley is The Madison Club. This exclusive gated community in La Quinta is where A-listers and tycoons … END_OF_DOCUMENT_TOKEN_TO_BE_REPLACED