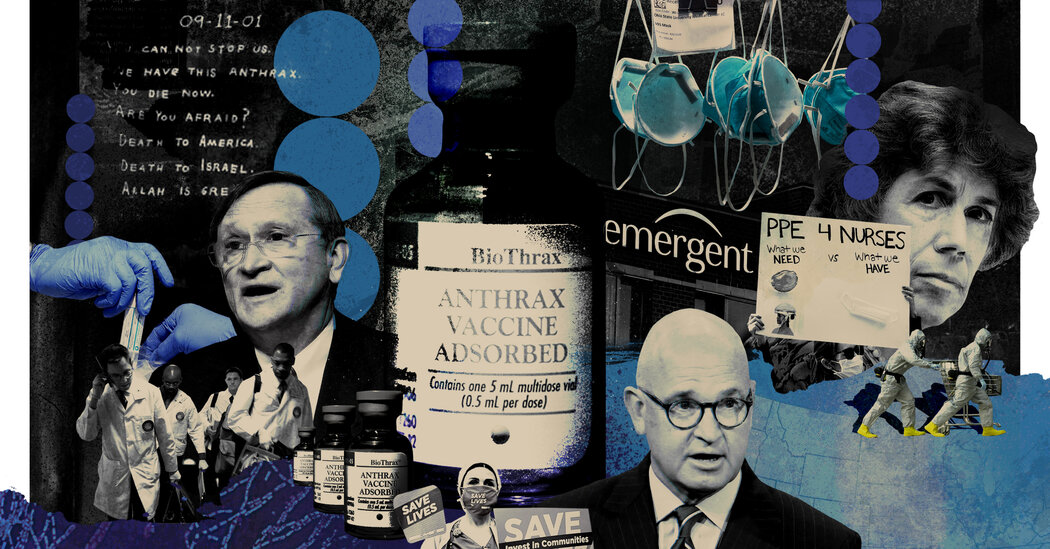 A spokeswoman for Mr. Blunt said he did not intervene on the company’s behalf.

Emergent executives, meanwhile, warned that there could be job losses at the factory in Lansing, Mich. — the capital of a swing state at the center of a contentious presidential campaign between Mr. Trump and Hillary Clinton. In calls with federal officials, Emergent executives also said the company might have to downsize and stop supplying some products to the stockpile, according to two public health officials who participated in the conversations.

“They were pouring it on — how poor they were and how this was going to ruin the company, and they’d have to close down factories, and America was going to be left without anthrax vaccine,” said one of the officials, Rick Bright, who held top positions in both the Obama and Trump administrations.

For health officials overseeing the stockpile, including Dr. Lurie and Dr. Hatchett, who were also on the calls, this posed a quandary: Should they divert money to Emergent that could otherwise help prepare for other disasters?

Dr. Hatchett said the idea gave him pause. But, he explained in an interview, “if there’s only one partner that can provide a product and only one customer for that product, the customer needs the partner to survive.”

In the end, the government came through with what amounted to a $100 million bailout, dipping into the budget of an agency created to develop new products for the stockpile, the Biomedical Advanced Research and Development Authority, also known as Barda.

Just a year later, Emergent spent about $200 million in cash, and made other financial commitments, to acquire Sanofi’s smallpox vaccine and GlaxoSmithKline’s anthrax treatment, two products with established pipelines to the stockpile. The purchases expanded Emergent’s hold over the reserve.

MIAMI — In a welcome but likely brief victory for supporters of abortion rights, a judge in Florida blocked a state law banning abortions after 15 … END_OF_DOCUMENT_TOKEN_TO_BE_REPLACED

NEW YORK--(BUSINESS WIRE)--Stake, which provides Cash Back and banking services to renters, announced today the completion of its $12 million Series A … END_OF_DOCUMENT_TOKEN_TO_BE_REPLACED

The Sacramento home where Ronald and Nancy Reagan lived during his tenure as governor of California has hit the market for $5 million.Built in 1929, … END_OF_DOCUMENT_TOKEN_TO_BE_REPLACED