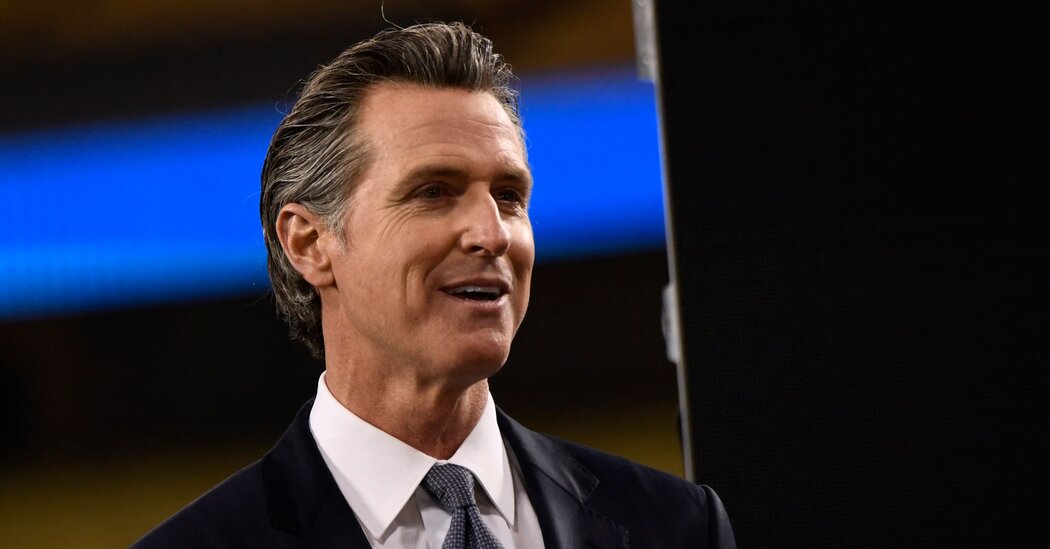 Nor was he helped by a wave of fraud in the state’s pandemic unemployment insurance program in which death row inmates and international identity theft rings stole an estimated $11 billion to $30 billion. Or by a string of high-profile political vacancies that forced him to choose appointees from his own party’s competing political factions.

The recall effort needed only to tap a portion of the six million Californians who voted to re-elect Donald J. Trump — more Trump voters than even in Texas — to meet the signature qualifications. But actually recalling Mr. Newsom will prove far harder.

If the blue line of the Democratic Party holds for the governor, the pro-Trump Republican base would be easily outnumbered, and Mr. Newsom has been able to keep Democratic rivals off the recall ballot. The ultimate test would be turning out his voters, which would require not only the help but also the enthusiasm of critical constituencies such as organized labor.

Polls show a solid majority of support for Mr. Newsom, though some surveys indicate his standing may be soft among Latino voters. And some policies, such as a recent vow to gradually ban new fracking permits, have already put him on a collision course with unions that view the state’s fossil fuel industry through the lens of the higher-paying jobs it offers.

“California’s politics are far left, but the state is predominantly blue-collar,” said Erin Lehane, a Sacramento political consultant who works with unions. “Those working families — those essential workers who have been out there this whole crazy year — will decide the vote in this recall.”

Recall attempts are a political pastime in California, which, as a result of Progressive Era reforms passed in 1911, has some of the nation’s most generous rules for removing public officials from office. But initiatives to recall governors rarely manage to gather the support needed to make it onto a ballot.

California is enormous, with a population of nearly 40 million, and the funds and effort required to campaign statewide tend to thwart all but the most moneyed and determined critics. Only one other California governor, Gray Davis, has ever faced a recall election, which he lost to Arnold Schwarzenegger in 2003. That initiative struggled until Representative Darrell Issa, who had hoped to replace Mr. Davis, donated $2 million to the campaign.

You were seeing double this week: A spectacular $54 million compound featuring two equally luxurious mansions separated by a private lake in Southwest … END_OF_DOCUMENT_TOKEN_TO_BE_REPLACED

Taylor Heinicke #4 of the Washington Football Team celebrates after defeating the Seattle Seahawks at FedExField on November 29, 2021 in Landover, … END_OF_DOCUMENT_TOKEN_TO_BE_REPLACED

Members of the Ukrainian Police force, Larisa, 31, and Roman, 30, get married at a wedding hall at an expo center in Kyiv, Ukraine, on … END_OF_DOCUMENT_TOKEN_TO_BE_REPLACED