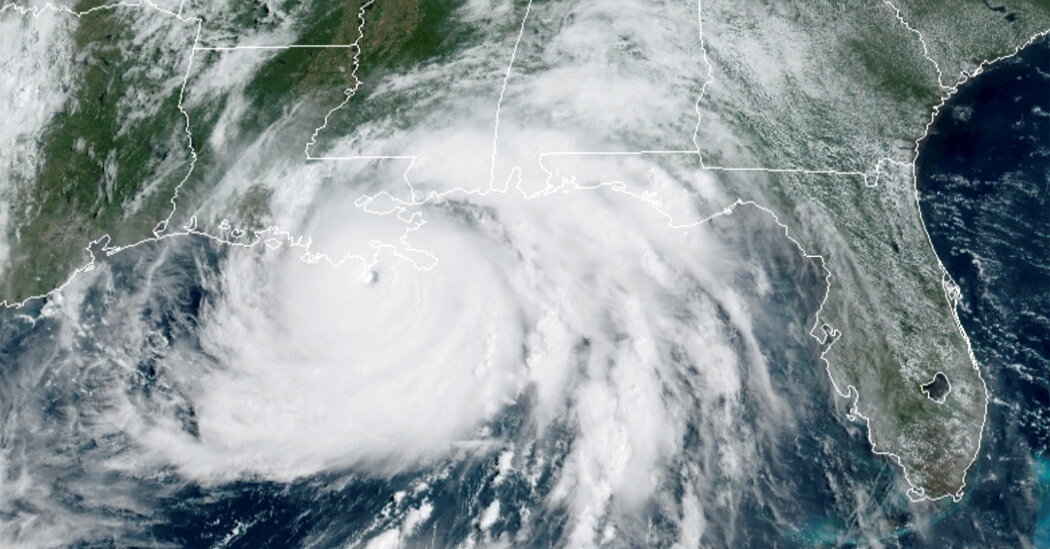 As Hurricane Ida closed in on the Louisiana coast on Sunday morning, meteorologists were stunned to watch the storm strengthen so quickly.

When Dale Eck, the head of forecast operations for the Americas at IBM, went to bed on Saturday night, he said, Ida’s winds were blowing at 105 miles an hour, which is Category 2-level wind speed. The next morning, he saw the winds had increased to 150 m.p.h., strong enough for a Category 4 classification.

“I got a sinking feeling in my stomach,” he said. “That was one of the worst-case scenarios.”

The storm had evolved swiftly from a worrisome disturbance in the Atlantic Ocean to possibly the most devastating to strike Louisiana since Hurricane Katrina in 2005.

Before Ida became a named storm on Thursday, forecasters detected what they thought was just another cluster of thunderstorms, or a disturbance, moving west over the Atlantic, said Ben Gelber, a meteorologist at WCMH-TV in Columbus, Ohio.

hurricane classifications. From there, forecasters knew the storm would be intense, and the only question was just how bad it would get.

From Saturday into Sunday, a cauldron of weather conditions made Ida a devastating Category 4 storm: Its winds accelerated rapidly to 150 m.p.h.; a ridge of high-pressure air off the Southeastern United States shepherded the storm toward Louisiana; and the waters in the Gulf of Mexico were unusually warm and very deep, meaning that there was a lot water Ida could churn up to sustain itself.

The fact that the water was still warm was reason to worry that the storm could continue to strengthen to a low Category 5, said Benjamin Schott, the meteorologist in charge for the National Weather Service in New Orleans.

Rick Knabb, a hurricane expert at the Weather Channel, adding that rapid intensification before landfall is “the hurricane scenario we’ve always dreaded.”

Eric Blake, a senior hurricane specialist at the National Hurricane Center, said: “I feel sick to my stomach watching this hurricane. This is a very sobering morning.”

The union movement that kicked off across the country more than a year ago has continued its momentum in 2022, with workers in warehouses, coffee … END_OF_DOCUMENT_TOKEN_TO_BE_REPLACED

Keep up! Reality TV star Kim Kardashian has splurged on a cliffside mansion in Malibu, CA, that was once owned by Cindy Crawford and Rande … END_OF_DOCUMENT_TOKEN_TO_BE_REPLACED