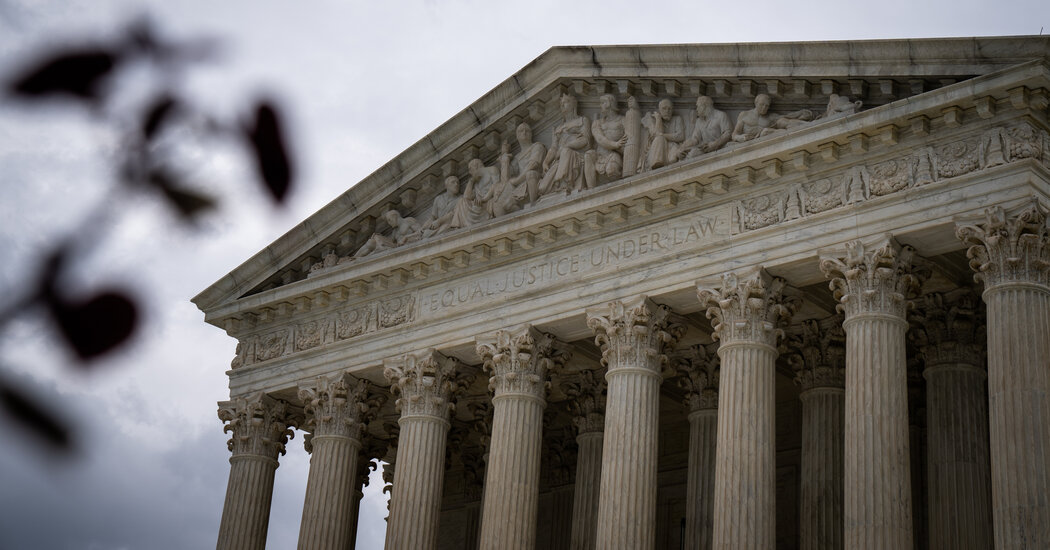 “I think it’s a reasonable question, whatever one thinks of the answers the court is reaching in these cases, whether we actually think it’s healthy for so many major questions affecting so many people to be resolved in this highly compressed, circumscribed, truncated review process,” Professor Vladeck said.

The court’s increasingly assertive use of the shadow docket has angered some of its members, like Justice Elena Kagan, who wrote in her dissent from the order on Texas’ law, “The majority’s decision is emblematic of too much of this court’s shadow-docket decision making — which every day becomes more unreasoned, inconsistent and impossible to defend.”

Chief Justice John G. Roberts Jr., the only conservative who dissented, criticized the process less forcefully, writing that the structure of the new abortion law was “not only unusual, but unprecedented,” and that while Texas’ legal arguments “may be correct,” the questions involved were too weighty to resolve in such a rushed way.

Texas’ end-run around the courts

Texas’ law, called S.B. 8, prohibits abortion once cardiac activity is detectable in the embryo — around six weeks’ gestation, before many people know they are pregnant. (Pregnancies are dated from the last menstrual period, so “six weeks” generally means four or less after fertilization, and two or less after a missed period.) Planned Parenthood v. Casey, the 1992 case that affirmed Roe, protects a right to abortion until the fetus can survive outside the uterus, around 23 weeks’ gestation.

What distinguishes the Texas law from bans that courts have blocked everywhere else is that, instead of making abortion a crime prosecutable by the government, it lets any citizen sue anyone whom they accuse of “aiding or abetting” an abortion after the cutoff point — phrasing that includes not only abortion providers but also anyone who, for instance, pays for a procedure or drives a patient to a clinic. Successful plaintiffs will get $10,000 and reimbursement of their legal fees. Defendants who prevail will not be reimbursed.

Already, the law has functionally shut down abortion in Texas.

Outsourcing enforcement of the law was an intentional maneuver to avoid judicial scrutiny by denying providers and patients specific people to sue — a point that Justice Sonia Sotomayor emphasized in her dissent, calling the structure of the law “a breathtaking act of defiance” by Texas lawmakers and writing that her fellow justices had “rewarded the state’s effort to delay federal review of a plainly unconstitutional statute, enacted in disregard of the court’s precedents, through procedural entanglements of the state’s own creation.”

Legal experts said the novelty of Texas’ argument made it especially remarkable that the court had used the shadow docket to address it, and that it had initially let the law take effect by doing nothing.

GREENVILLE, N.C.--(BUSINESS WIRE)--Employers aiming to win the war on talent have a new “A” team to tap into: college and professional athletes. … END_OF_DOCUMENT_TOKEN_TO_BE_REPLACED

Mortgage rates are likely to rise in July, extending a seven-month streak. High inflation, and the Federal Reserve's efforts to control it, have … END_OF_DOCUMENT_TOKEN_TO_BE_REPLACED