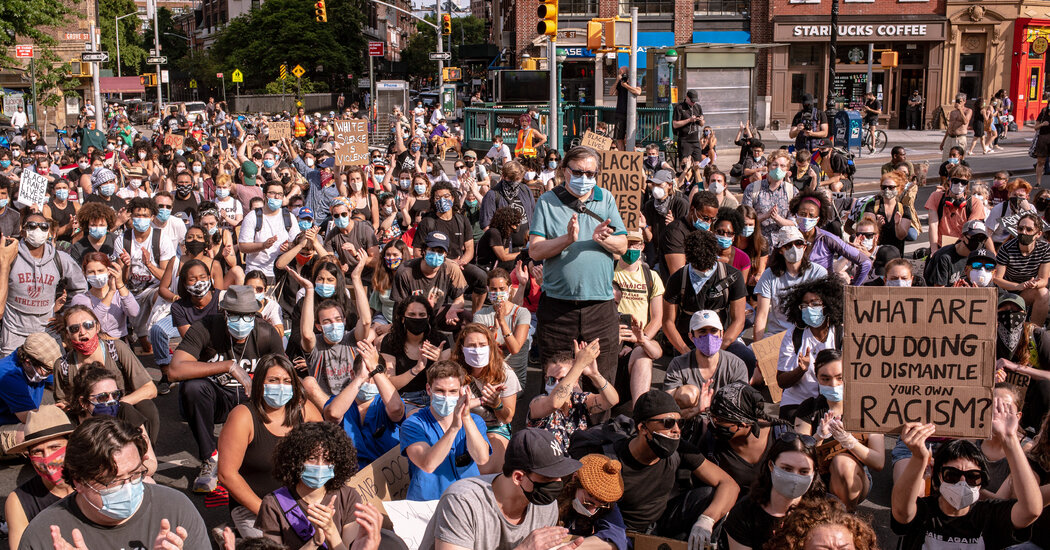 Much has changed in a year of racial reckoning that followed the killing of George Floyd and other Black men and women at the hands of the police, even the words we use to talk about these issues.

We are interested in how language on race and gender identity is changing. Terms like “systemic racism,” “people of color,” “BIPOC,” “antiracist,” “Latinx” and “Asian American” (unhyphenated) have become more widely used. Identifying one’s pronouns on social media or in video meetings has become more prevalent as well. A debate remains, though, about these changes in language: How much do they matter and, ultimately, how are they affecting the nation’s larger conversation about race and gender?

If you have a perspective to share about the changing vocabulary, we want to hear from you.

Share your thoughts in the form below. A reporter may follow up to discuss your response. We won’t publish your name or comments without talking to you first.

Helene Thiesen was one of 22 Inuiit children separated from their families in Greenland 70 years ago. Editor’s note: This story is part of CNN’s … END_OF_DOCUMENT_TOKEN_TO_BE_REPLACED