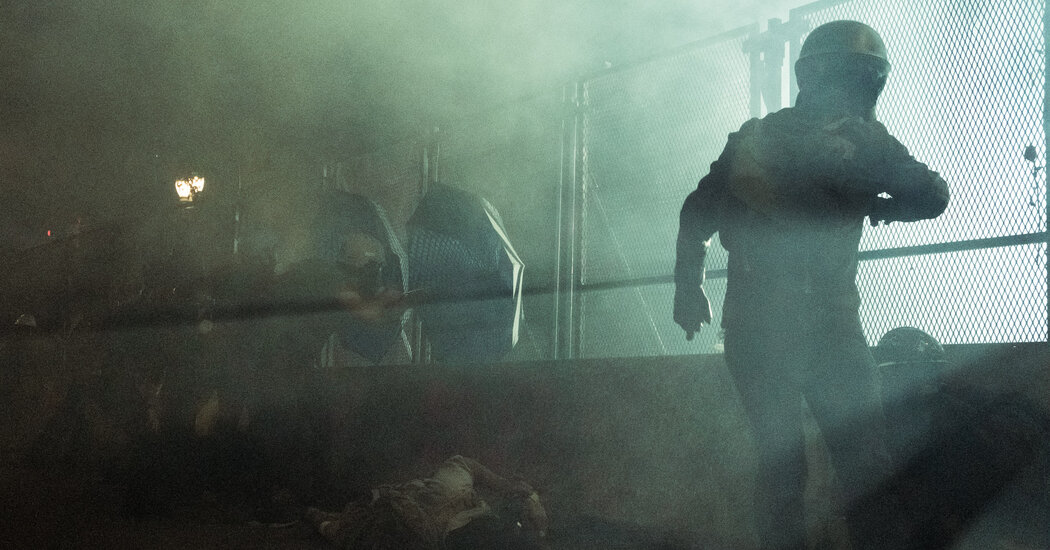 At some point last summer, there were just too many reports of protesters who had experienced abnormal menstrual cycles after being exposed to tear gas for Britta Torgrimson-Ojerio, a nurse researcher at the Kaiser Permanente Center for Health Research in Portland, to dismiss them as coincidence.

A preschool teacher told Oregon Public Broadasting that if she inhaled a significant amount of gas at night, she’d get her period the next morning. Other Portland residents shared stories of periods that lasted for weeks and of unusual spotting. Transgender men described sudden periods that defied hormones that had kept menstruation at bay for months or years.

Dr. Torgrimson-Ojerio decided she would try to figure out whether these anecdotes were outliers or representative of a more common phenomenon. She surveyed around 2,200 adults who said they had been exposed to tear gas in Portland last summer. In a study published this week in the journal BMC Public Health, she reported that 899 of them — more than 54 percent of the respondents who potentially menstruate — said they had experienced abnormal menstrual cycles.

conducting a similar study, said that Dr. Torgrimson-Ojerio’s study provided “some of the first solid evidence” that tear gas might be linked to menstrual abnormalities. It is also “the first study to document the longer-term effects of tear gas exposure in a large population,” she said.

Sven-Eric Jordt, a professor of anesthesiology, pharmacology and cancer biology at the Duke University School of Medicine, who was not involved in the study, applauded the work.

This study has limitations. It is not a random sample.

“It is possible that people who feel that their health was damaged by tear gas might have been more likely to respond than people who were also exposed, yet did not feel such harmful effects,” Dr. Taylor said. “This means that some of the numbers might be exaggerated.”

Given that subjects were permitted to participate anonymously, researchers could not verify their accounts.

He mentioned two additional areas for exploration: whether tear gas is metabolized into cyanide, which may cause heavy menstrual bleeding, and the role a traumatic event may play in altering menstrual cycles.

Suspicions about tear gas and menstruation first came up more than a decade ago, during the Arab Spring protests, Dr. Jordt noted.

In 2011, Chile also banned the use of tear gas after a study suggested that CS gas could cause miscarriages and harm young children. Three days later, the Chilean police lifted the ban, insisting that the type of tear gas they used was perfectly safe.

The Seattle Seahawks are very much still in the running for Baker Mayfield. (Photo by Stacy ... [+] Revere/Getty Images) Getty Images The Seattle … END_OF_DOCUMENT_TOKEN_TO_BE_REPLACED

LANSING, Mich. — At least 357 sitting Republican legislators in closely contested battleground states have used the power of their office to discredit … END_OF_DOCUMENT_TOKEN_TO_BE_REPLACED