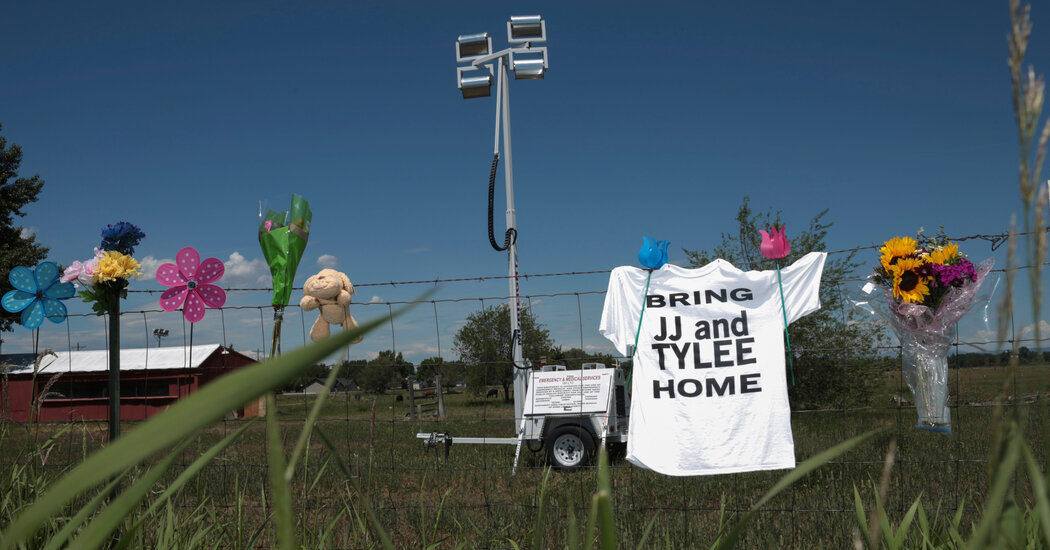 Headlines refer to them as the “doomsday couple,” a pair who have drawn international attention for their so-called apocalyptic religious beliefs and the recurring demises of their immediate family members under questionable circumstances.

The Lifetime television network even made a movie about them.

On Tuesday, prosecutors in Idaho announced that the husband and wife, Chad Daybell and Lori Vallow, had been charged with two counts of first-degree murder in the deaths of two of Ms. Vallow’s children. Mr. Daybell was also charged with first-degree murder in the death of his previous spouse, a case that received renewed attention after the disappearance of Ms. Vallow’s children.

The couple, who were indicted by a grand jury in Fremont County, Idaho, on Monday, could face the death penalty, prosecutors said.

“Members of the grand jury deliberated and determined there is probable cause to believe the Daybells willfully and knowingly conspired to commit several crimes that led to the death of three innocent people,” Lindsey Blake, the Fremont County prosecutor, said at a news conference.

Tammy Daybell, 49, was found dead in October 2019 in her home in Idaho. Her death was initially attributed to natural causes, but the authorities ordered that her remains be exhumed, suspecting that her death might have been connected to Ms. Vallow’s missing children.

According to the indictment, Mr. Daybell and Ms. Vallow said in a text message exchange that Ms. Daybell had been in “limbo” and was “being possessed by a spirit named Viola.” Mr. Daybell had increased the amount of coverage in a life insurance policy for Ms. Daybell in September 2019, a little more than a month before her death.

Mr. Daybell, 52, and Ms. Vallow, 47, married shortly after their previous spouses had died.

A lawyer for Mr. Daybell did not immediately respond to requests for comment on Tuesday.

arrested in Hawaii on charges that included two felony counts of desertion and nonsupport of dependent children. Mr. Daybell was arrested last June on felony charges related to the disappearance of his stepchildren. He and Ms. Vallow have pleaded not guilty to those earlier charges.

obtained by the Phoenix television station Fox 10, Ms. Vallow’s previous husband said that she had told him that she believed she was “receiving spiritual revelations and visions to help her gather and prepare those chosen to live in the New Jerusalem after the Great War as prophesied in the Book of Revelations.”

Both Mr. Daybell and Ms. Vallow have been linked to an entity called Preparing People, which aims to help prepare people for the Second Coming of Jesus Christ, according to its website.

news release last month, Lifetime announced that Ms. Vallow would be portrayed in a movie called “Doomsday Mom: The Lori Vallow Story” that is scheduled to be broadcast on June 26.

A spokeswoman for Lifetime said in an email on Tuesday night that the movie would still be broadcast and that the producers had been closely monitoring the developments in the case. An update will appear at the end of the movie, she said.

AUSTIN, Texas--(BUSINESS WIRE)--As the first multifamily management company to be recognized in the Public Relations and Marketing Excellence Awards, … END_OF_DOCUMENT_TOKEN_TO_BE_REPLACED

There have been whispers of cooling housing and rental prices in the San Francisco Bay Area, but that hasn't yet translated into practical, noticeable … END_OF_DOCUMENT_TOKEN_TO_BE_REPLACED

Cars pass in Independence Square at twilight in Kyiv, Ukraine, Monday, Oct. 31, 2022. Rolling ... [+] blackouts are increasing across Ukraine as the … END_OF_DOCUMENT_TOKEN_TO_BE_REPLACED