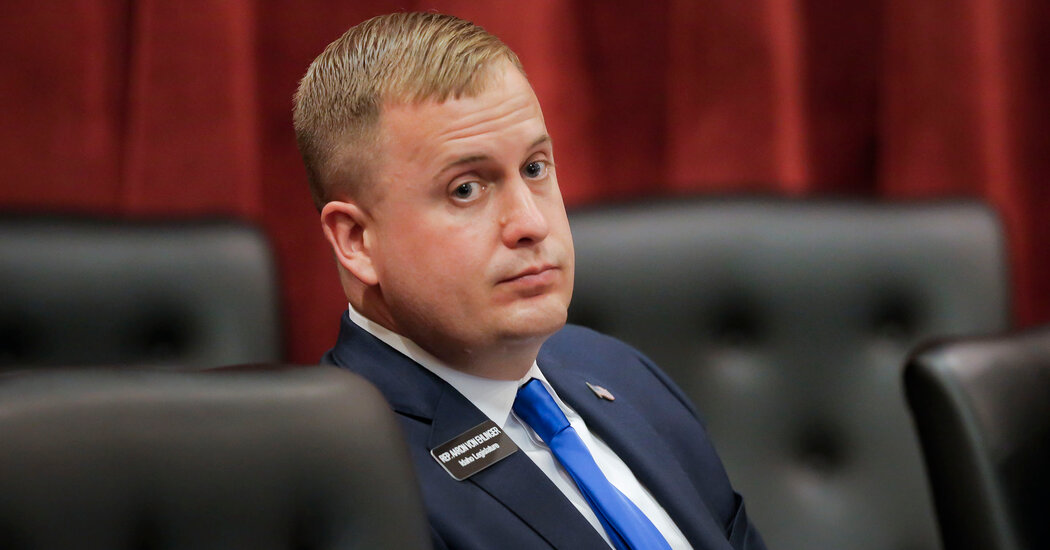 An Idaho lawmaker who the police say is the focus of a criminal investigation into allegations that he raped a 19-year-old female legislative intern last month resigned on Thursday — the same day that an ethics committee recommended that he be suspended.

In a unanimous vote by the House Ethics and Policy Committee, the lawmaker, State Representative Aaron von Ehlinger, a Republican from Lewiston, Idaho, was found to have engaged in “conduct unbecoming” of a representative.

The committee said as part of a censure recommendation to the full House that Mr. von Ehlinger, who has not been charged with a crime, should be barred from office without pay for the rest of the legislative session. The panel also said it would support a motion to expel him from the Legislature, where he had served for less than a year.

The disciplinary action came one day after Mr. von Ehlinger declined to answer the committee’s questions about the allegations during a lengthy public hearing in which he invoked the Fifth Amendment right against self-incrimination.

Local media outlets reported that a former lawyer for Mr. von Ehlinger had sent the letter.

to fill a vacancy caused by a lawmaker’s death, Mr. von Ehlinger ran unopposed in the November election. In a profile last spring, The Lewiston Tribune reported that Mr. von Ehlinger had worked as a substitute teacher after a military career, in addition to working in private security and real estate.

In a statement issued on Thursday before Mr. von Ehlinger’s resignation, Mr. Little said that elected officials must be held to a higher standard.

“I applaud Jane Doe and the other brave women for their courage in telling their stories and participating in this process to hold Representative Aaron von Ehlinger accountable for his deeply damaging and shameful actions,” Mr. Little said. “Representative von Ehlinger’s inappropriate and alarming actions stand in opposition to the values and behavior state elected officials must uphold.”

Three men were indicted in the death of the notorious gangster James (Whitey) Bulger, who was beaten to death four years ago in a West Virginia … END_OF_DOCUMENT_TOKEN_TO_BE_REPLACED

Dr. Connolly and Dr. Mott live in the North Baltimore neighborhood of Homeland, known for its strong public schools and colonial architecture, which … END_OF_DOCUMENT_TOKEN_TO_BE_REPLACED