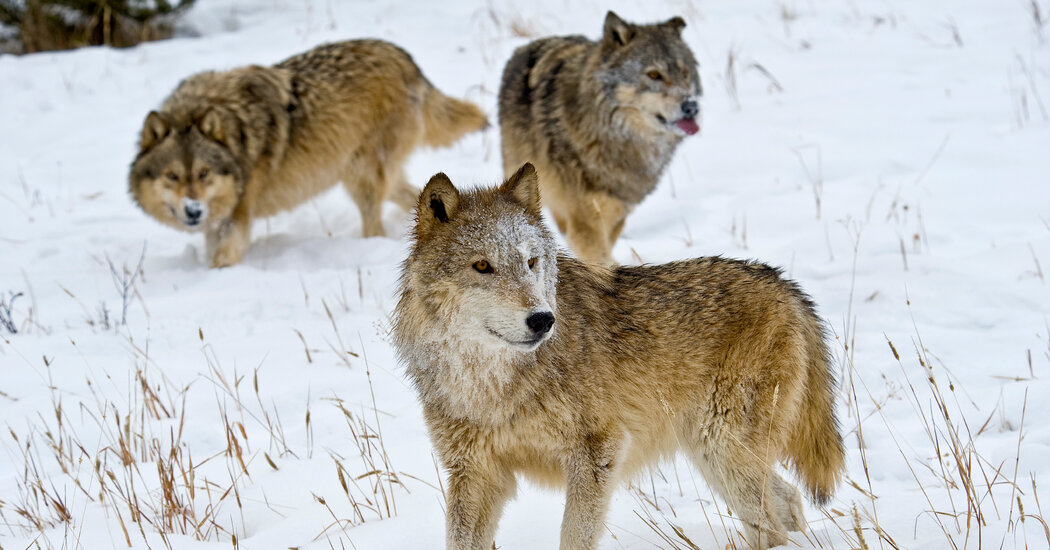 The return of the wolf and grizzly bear to the northern Rockies are two success stories that came out of the Endangered Species Act. In 1975, when grizzly bears were listed as endangered species, there were from 100 to 200 of them, mostly in Yellowstone and Glacier national parks. Their numbers are now estimated at about 1,800 in the Lower 48 states. The grizzlies were able to make that comeback largely because hunting was ended, trash was carefully managed and there was an effective crackdown on poachers.

Outside Yellowstone and Glacier national parks, grizzly bears roam mainly in wilderness areas of the state, though they are expanding into more populated areas where they are increasingly vulnerable to being hit by cars, shot by hunters, and killed or removed by biologists because of conflicts with humans. And bears and wolves pose a real threat to livestock and to humans. Every year, hikers or hunters are attacked by bears, and in many parts of the state anyone hiking is cautioned to be “bear aware” and carry a pepper-based spray for protection.

The debate over protecting endangered species, particularly predators, has long roiled Montana, pitting liberal urban areas in the state and across the country against rural ranchers who are increasingly concerned about their livestock being killed or hunters who think game animals are in decline. Until now, a measured approach — which includes some hunting of wolves and intervention by the state when grizzlies get into someone’s beehive or chicken coop — along with lots of protection have prevailed. But with wildlife management increasingly part of the culture wars, antagonism toward widening federal control and Republican control of the state, the balance has shifted, conservationists say.

The new bills approach management of bears and wolves in various ways. One of the new bills would pay wolf hunters their expenses — in effect, critics say, a bounty — to kill the animals. Another bill would allow for snaring animals with a metal aircraft cable fashioned into a noose that would hang over a trail. When the animal gets its head caught in one, it grows tighter as the animal tries to flee, until it is strangled to death. Snares can be used for coyotes and black bears in Montana but not wolves.

A major problem with snares is that they also kill species that are not the target, such as moose, elk, deer and even pet dogs. “Snares are cheap,” Dr. Bangs said. “It isn’t unusual for a trapper to set out 100. And you catch all kinds of stuff.” Snares that were set for coyotes, for example, inadvertently killed 28 mountain lions from 2015 to 2020, Mr. Gevock said.

Another bill would extend the wolf trapping and snaring season. Wildlife experts say the extended season would overlap with the period that grizzly bears and black bears are out of their dens and could be inadvertently trapped. Another would reinstate hunting black bears with dogs and prevent Montana wildlife officials from relocating any grizzly bears captured outside recovery zones. Most recovery zone habitat are occupied, which means many grizzlies would most likely have to be euthanized.

A century-old mansion in Pittsburgh has undergone a serious overhaul. The end result is one of the most expensive single-family homes in the Steel … END_OF_DOCUMENT_TOKEN_TO_BE_REPLACED

ATLANTA, GEORGIA - OCTOBER 16: Ozzie Albies #1 of the Atlanta Braves celebrates after scoring the ... [+] winning run on a walk-off RBI single by … END_OF_DOCUMENT_TOKEN_TO_BE_REPLACED

Mr. Amess was also a vocal supporter of the Iranian opposition group Mujahedeen Khalq, or M.E.K., which campaigns for the overthrow of Iran’s … END_OF_DOCUMENT_TOKEN_TO_BE_REPLACED