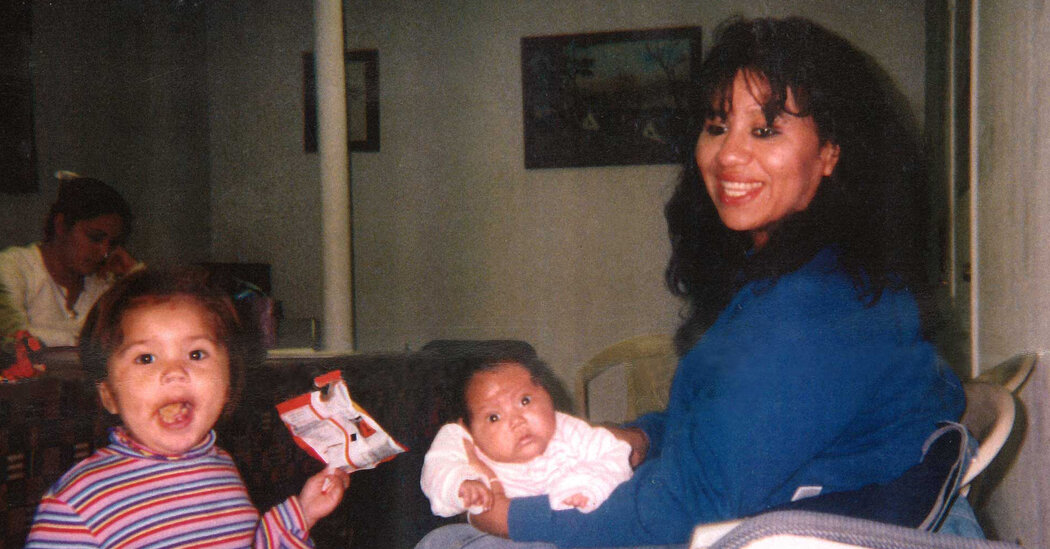 The fact that Ms. Lucio is on death row at all is an outlier. It is rare for prosecutors to seek the death penalty in a case where a mother has been charged with killing her children, her lawyers said.

One issue her lawyers are raising is the legal provision — unique to Texas — under which prosecutors must prove a person’s “future dangerousness” in order to secure a death sentence. Ms. Lucio did not have a history of acting violently before Mariah’s death, so prosecutors relied heavily on disciplinary records from her time behind bars after her arrest. Ms. Lucio’s lawyers have argued that the prosecution misrepresented those records and that she had not engaged in significant misconduct.

Ms. Lucio, who lived in the border city of Harlingen, struggled to provide for her large family. At the time of Mariah’s death, she was pregnant with twins and already had 12 children.

She had part-time work as a home health aide, her lawyers said, but struggled with drug addiction and often relied on soup kitchens for food. At one point, the family was homeless and living in a park. Child Protective Services took her children from her for a time because of neglect, but her lawyers said Ms. Lucio had no documented history of abusing her children.

At the time of Mariah’s death in 2007, Ms. Lucio lived with Mariah’s father, Robert Alvarez, and nine children; the family had just moved into a new apartment. The police interviewed both Mr. Alvarez and Ms. Lucio, but her lawyers said they approached Mr. Alvarez much differently, treating him more as a witness than a suspect. He was eventually convicted of a much lesser charge of causing injury to Mariah by omission — by failing to seek medical care for her — and sentenced to four years in prison.

In their interrogation immediately after Mariah’s death, the police accused Ms. Lucio of beating her daughter to death. Prosecutors pointed to bruises on Mariah’s body and an untreated broken arm as evidence of abuse.

But from the start, Ms. Lucio maintained her innocence, saying her daughter had fallen down a flight of stairs as the family was moving out of an apartment two days earlier. Her lawyers have presented expert testimony that the bruising could have been caused by her fall down the stairs, and that broken arms are not uncommon in young children prone to falls. Mariah had a medical history of falling, including at day care, and no record of prior bruises, the lawyers said.

The Seattle Seahawks are very much still in the running for Baker Mayfield. (Photo by Stacy ... [+] Revere/Getty Images) Getty Images The Seattle … END_OF_DOCUMENT_TOKEN_TO_BE_REPLACED

(CNN) — Kim Kyung-seop recalls going to cheap bars after class with his friends, where they binged on as much makgeolli as possible. "You know the … END_OF_DOCUMENT_TOKEN_TO_BE_REPLACED