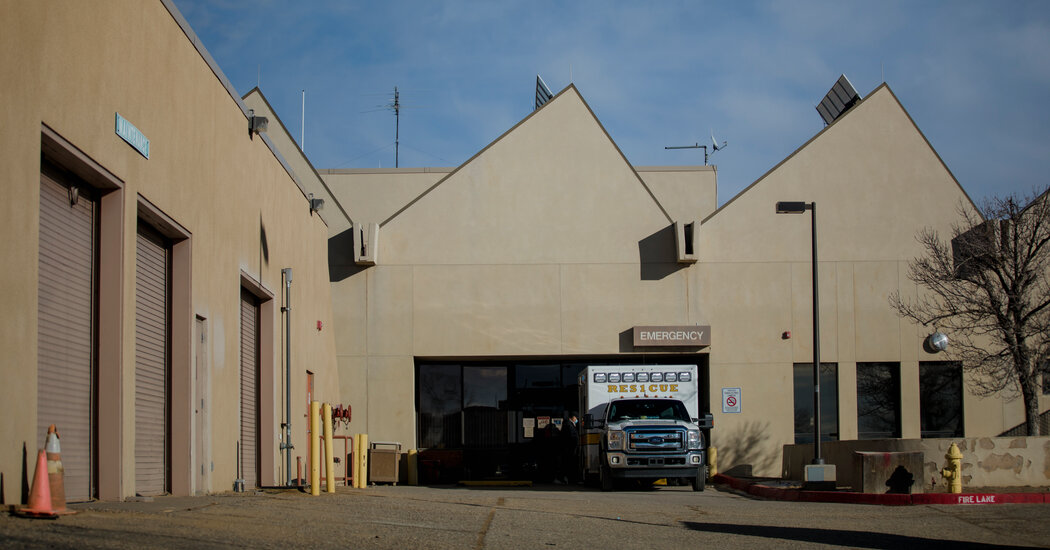 After a public outcry and a legal fight, the Indian Health Service has agreed to keep the emergency departments and inpatient care open for another year at a hospital in northwestern New Mexico serving 9,100 tribal citizens, settling at least temporarily a dispute that had become a flash point between tribal communities and the federal government over the quality and accessibility of health care.

The agreement was reached after a lawsuit brought in federal court in the District of Columbia in January accused the Indian Health Service of failing to provide proper notice and details to Congress before cutting services at the Acoma-Cañoncito-Laguna hospital during the coronavirus pandemic.

The proposed cutbacks had focused further attention on what tribal leaders say has been the agency’s long pattern of delivering subpar care to some of the nation’s poorest communities, a situation that was only exacerbated during the worst of the pandemic last year.

“This is a significant victory for the Pueblo,” said Brian D. Vallo, the governor of the Pueblo of Acoma. “It is unfortunate we had to sue the Indian Health Service in order to restore the medical services and health care that Acoma and other surrounding tribal communities desperately need and rely on.”

more aid for tribal communities, including more funding for the Indian Health Service.

Mr. Vallo declared a state of emergency last year after the proposed cuts were announced during a pandemic that has had a disproportionate effect on Native Americans. Native Americans across the country had death rates higher than any other racial or ethnic group in the country.

As services at the hospital in New Mexico were being reduced last year, coronavirus cases surged across the state and hospital beds dwindled. Patients were forced to drive 60 miles east to Albuquerque for serious medical issues.

Jonathan Sims, a spokesman for the Pueblo, said one caveat was that the Indian Health Service had not promised to keep those departments open beyond the February 2022 deadline.

“What’s going to happen is over the course of the next year, I.H.S. in good faith will engage in discussions with the tribe and begin to look at how to best coordinate the money and resources in order to bring the hospital up to its best and full capacity,” Mr. Sims said.

The hospital is run by the Indian Health Service, whose mission is to provide health care services to eligible American Indians and Alaskan Natives.

The interior secretary, Deb Haaland, who was then representing New Mexico in the House, criticized the Indian Health Service at the time for a proposal that she said put “lives in danger.”

The Indian Health Service plans to consult with the affected tribes to redesign the Acoma-Cañoncito-Laguna hospital’s services to reflect the needs of patients and the budget once the deadline passes.

In a statement, the agency said it was committed to providing quality health care to all of the patients served by the Acoma-Cañoncito-Laguna hospital.

If you’ve ever dreamed of a quiet life on a boat in Alaska, this new waterfront listing can help you realize that vision.Of course, there's always … END_OF_DOCUMENT_TOKEN_TO_BE_REPLACED