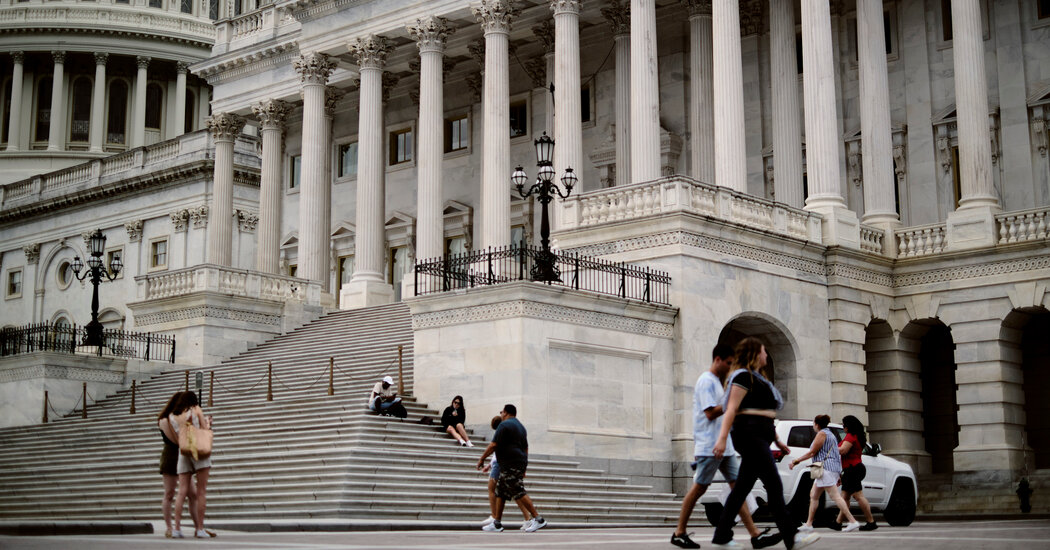 Much of the bipartisan infrastructure legislation is directed toward roads and bridges: pouring billions of dollars toward an expansive backlog of needed repairs across the country, and shoring up the nation’s highways and infrastructure to withstand the toll of climate change.

The legislation, which includes about $110 billion in new federal funding for roads, bridges and other projects, also ensures the continuation of existing transportation programs, while calling for increased attention to safety and climate provisions.

The measure increases funding for programs intended to provide safe commutes for pedestrians, and creates a $350 million pilot program for projects that reduce collisions between vehicles and wildlife. The legislation also formally establishes a federal program designed to encourage children to walk or bike to school.

The program authorizes the largest amount of funding for surface transportation programs, according to a summary provided by Democrats on the Environment and Public Works Committee. Transportation experts say the funding is just a fraction of what is needed to address the nation’s backlog of needed repairs, with the latest estimate from the American Society of Civil Engineers estimating a $786 billion backlog for roads and bridges alone.

reconnect Black neighborhoods and communities of color splintered or disadvantaged by past construction, the legislation includes just $1 billion, half of which is new federal funding, over five years for the program. The legislation also creates a new $2 billion grant program to expand roads, bridges and other surface transportation projects in rural areas.

Editor’s Note: This story is part of As Equals, CNN’s ongoing series on gender inequality. For information about how the series is funded and more, … END_OF_DOCUMENT_TOKEN_TO_BE_REPLACED

IdentityForce, a service from the credit bureau TransUnion, monitors your personally identifiable information (PII) so you don’t have to do it … END_OF_DOCUMENT_TOKEN_TO_BE_REPLACED