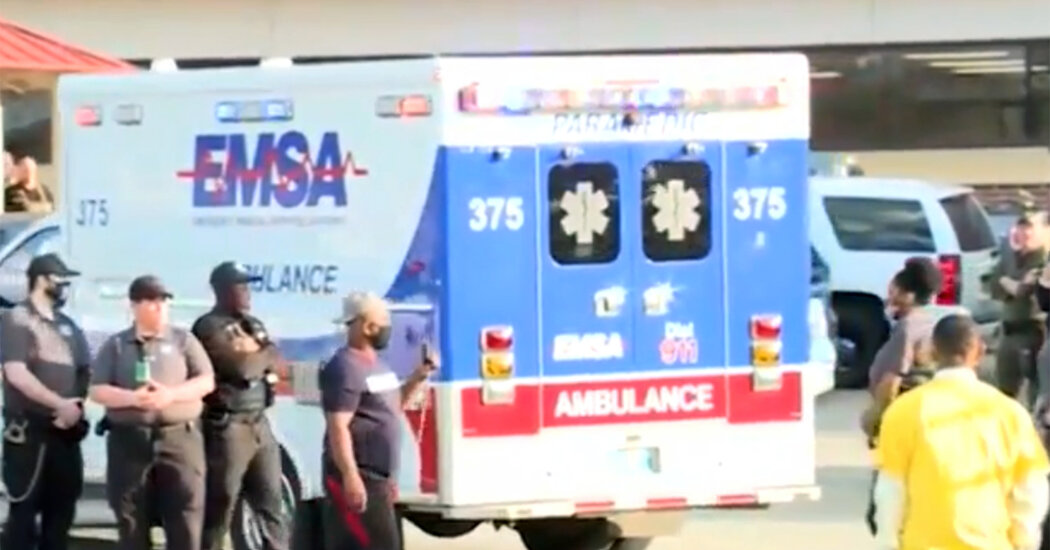 An inmate was killed and a correction officer was injured after being taken hostage at the Oklahoma County Detention Center in Oklahoma City on Saturday, law enforcement officials said.

The officer was rescued and was being treated at a hospital, the Oklahoma City Police Department said. The nature of the officer’s injuries was unknown, and it was not immediately clear how long the officer had been held hostage.

The inmate was shot and killed by Oklahoma City police officers, officials said.

Just after 4 p.m. local time, as medication was being given to the inmates, the officer was overpowered and taken hostage by at least one inmate, Greg Williams, the administrator of the detention center, said in a news conference on Saturday night.

The inmate then took the officer’s radio and keys and freed other inmates, he said. No other staff member was injured, and Mr. Williams was unsure how many inmates had been released or involved in the standoff.

Live-streamed videos from inside the center were posted on Twitter as the officer was being held.

A person recording inside the center could be heard complaining about its conditions, including a lack of showers. “The water don’t work,” the unidentified person said. “The toilet’s backed up. This is what we’re dealing with.”

Mr. Williams said he didn’t know if the hostage-taking had stemmed from the conditions reported in the videos.

“We don’t know that,” he said. “I have not had an opportunity to talk to any of the inmates who were involved in this.”

He added, “That’s what I’m hearing, but again, that has not been established.”

There have been reports of numerous human and civil rights violations at the jail, Nondoc.com, a nonprofit journalism site, has reported.

A 2008 report by the U.S. Department of Justice found there were issues with overcrowding, staffing and inmate supervision. Inspectors also found there were 2,400 inmates in the jail at the time of their visit, although the center was designed to hold half that number.

The U.S. Department of Justice has maintained oversight of the jail since 2009 and continues to do so because of the many violations found in the report, Nondoc.com reported.

The 268,000-square-foot detention center has about 450 employees and houses up to 2,700 inmates on a daily basis, according to the Oklahoma County Sheriff’s Office.

2017, inmates initially took four staff members hostage at Delaware’s largest prison and left one prison employee injured. And in 1999, a prison guard and an inmate were killed in a hostage situation at the Louisiana State Penitentiary.

Kevin McKenzie and Martine van Hamel were standing in the dining room of their weekend house in Woodstock, N.Y., trying to figure out when they got … END_OF_DOCUMENT_TOKEN_TO_BE_REPLACED