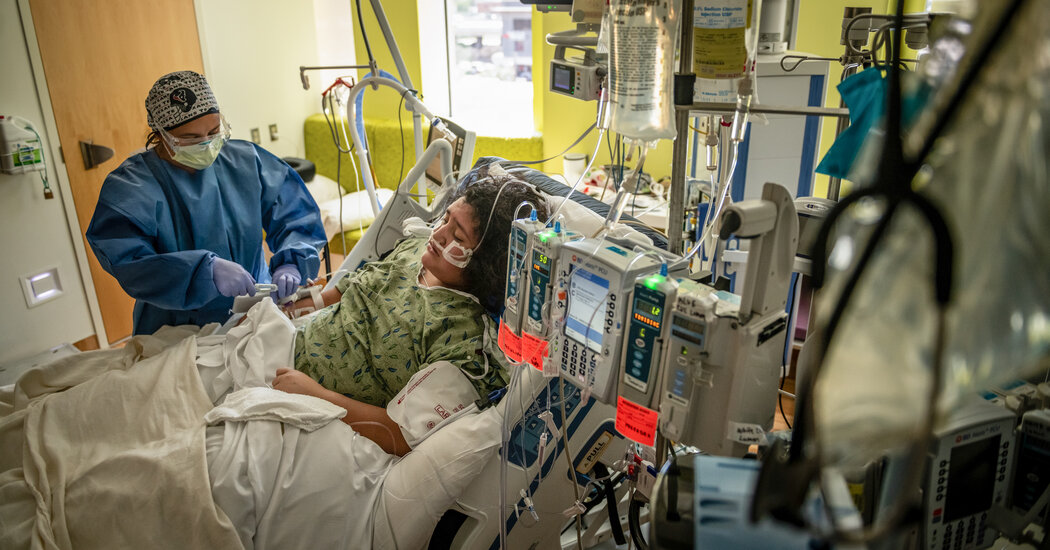 The Delta variant is driving a new wave of cases nationwide, pushing the daily total to the highest level since February, as the virus spreads among the unvaccinated. In Texas, the number of new cases has more than doubled in the past two week. Hospitals are swamped, and there is a new, troubling uptick of young patients: some 240 across the state.

“We are now entering a new phase where our volumes are increasing much more exponentially here, just like on the adult side,” said Dr. Norman Christopher, the chief medical officer at the Children’s Hospital of San Antonio. “And that’s compared to almost nobody just a few months ago.”

Dr. Abhishek Patel, who works in the hospital’s pediatric I.C.U., walked in and out of a room where a 6-month-old and a 2-month-old battled severe Covid infections, breathing with the aid of supplemental oxygen. This week alone, he said, two teenagers, who had other underlying health problems died with the virus.

“We were not seeing this last year,” Dr. Patel said.

The rising number of cases among children kept Jennifer Gantt, 45, from bringing her 6-year-old son, Christopher, who suffers from a rare brain condition, to the hospital even after he began experiencing severe seizures. A nurse inserted a swab to test him for the virus as the boy twisted in bed.

“I hesitated bringing him here, because of the Covid situation,” said Ms. Gantt. The emergency room was full of children coughing behind their masks and worried parents in tears. “I didn’t want to risk him getting infected. But eventually I knew I had to bring him here.”

Less than an hour later, she received news that not every parent gets to hear at the children’s hospital. Christopher had tested negative.

Joe Burrow #9 of the Cincinnati Bengals against the Tennessee Titans during the AFC Divisional Playoff at Nissan Stadium on January 22, 2022 in … END_OF_DOCUMENT_TOKEN_TO_BE_REPLACED