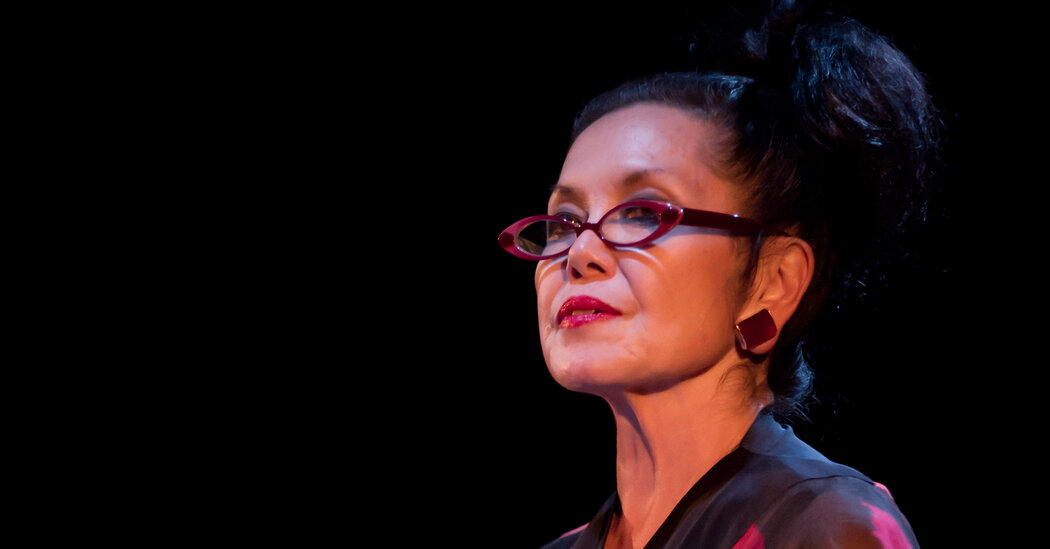 Poetry, she once said, was “the language of my definition and my liberation.”

Among the subjects her poems explored was her family’s forced relocation from their chicken farm in Petaluma, Calif., to an internment camp in Arkansas during World War II. For long afterward her mother refused to speak about the three years they were imprisoned behind barbed wire, without having committed a crime, because of their Japanese heritage. She and her parents were born in the United States.

In 1981, Ms. Mirikitani’s mother decided to speak out about her internment. Her testimony to the federal government’s Commission on Wartime Relocation and Internment of Civilians “was a vat of boiling water surging through the coldest blue vein,” Ms. Mirikitani wrote in her poem “Breaking Silence,” which also includes these lines:

We were made to believe our faces
betrayed us.
Our bodies were loud
with yellow screaming flesh
needing to be silenced
behind barbed wire.

Janice Hatsuko Mirikitani was born on Feb. 5, 1941, in Stockton, Calif., to Ted and Bell Ann Shigemi (Yonehiro) Mirikitani. Her parents worked on their family-owned farm. She was a year old when her family was sent first to a relocation center in Stockton and then to another in McGehee, Ark.

After three years in Arkansas, the family was released in September 1945, and in Chicago, her parents got divorced. She and her mother then returned to the family farm in Petaluma.

Between the ages of 5 and 16, she later recalled, she was sexually abused by her stepfather. The abuse stopped, she said, only after she and her mother moved to a suburb of Los Angeles. The experience later informed her work at Glide.

She added, “It was a long time before I could talk about the childhood abuse.”

She graduated from U.C.L.A. in 1962 with a bachelor’s degree and received teaching credentials at the University of California, Berkeley. She taught physical education at a high school in Contra Costa, Calif., for a year, then studied for a master’s degree in creative writing at San Francisco State College (now University).

The Mississippi River town of Ste. Genevieve, MO, might be the ideal spot for a buyer in search of a refreshing idea.This mixed-use structure on the … END_OF_DOCUMENT_TOKEN_TO_BE_REPLACED

More From ForbesJan 26, 2022,09:00am ESTCompany Named For Jetsons Son Unveils Autonomous Cargo EVTOL Drone Of The Near … END_OF_DOCUMENT_TOKEN_TO_BE_REPLACED

The prison in Hasaka where thousands of Islamic State fighters are held, in 2019.Credit...Ivor Prickett for The New York TimesThe prison at the center … END_OF_DOCUMENT_TOKEN_TO_BE_REPLACED