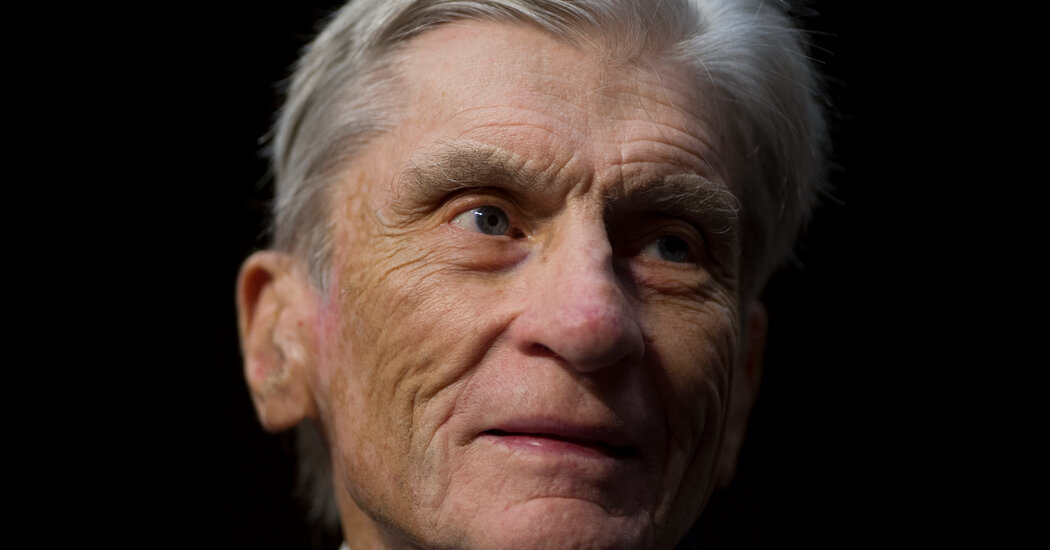 WASHINGTON — Senator John W. Warner of Virginia, the genteel former Navy secretary who shed the image of a dilettante to become a leading Republican voice on military policy during 30 years in the Senate, died on Tuesday night. He was 94.

He died at his home in Alexandria, Va., of heart failure, according to an email from Susan Magill, a former chief of staff.

Mr. Warner may have for a time been best known nationally as the dashing sixth husband of the actress Elizabeth Taylor. Her celebrity was a draw on the campaign trail during his difficult first race for the Senate in 1978, an election he won narrowly to start his political career. The couple divorced in 1982.

In the latter stages of his congressional service, Mr. Warner was also recognized as a protector of the Senate’s traditions and was credited with trying to forge bipartisan consensus on knotty issues such as the Iraq war, judicial nominations and the treatment of terror detainees.

persistent backing of the assault weapons ban and infuriated some state Republicans in 1994 when he refused to support Oliver L. North, the former White House aide at the center of the Iran-contra scandal, in his bid for the Senate. And he opposed the Supreme Court nomination of Judge Robert H. Bork.

But his support within the party mainstream, coupled with backing from independents attracted by his moderate views on social issues such as abortion and gay rights, allowed him to fend off challenges from both the right and left. He won election to his fifth and final term in 2002 against only token opposition.

Mr. Warner announced in August 2007 that he would not run in 2008, noting that he would be 88 if he finished his term and telling friends that he questioned whether he would have the energy for the demanding job. His death was reported Wednesday by Politico.

A full obituary will be published soon.

AUSTIN, Texas--(BUSINESS WIRE)--As the first multifamily management company to be recognized in the Public Relations and Marketing Excellence Awards, … END_OF_DOCUMENT_TOKEN_TO_BE_REPLACED

There have been whispers of cooling housing and rental prices in the San Francisco Bay Area, but that hasn't yet translated into practical, noticeable … END_OF_DOCUMENT_TOKEN_TO_BE_REPLACED

Cars pass in Independence Square at twilight in Kyiv, Ukraine, Monday, Oct. 31, 2022. Rolling ... [+] blackouts are increasing across Ukraine as the … END_OF_DOCUMENT_TOKEN_TO_BE_REPLACED