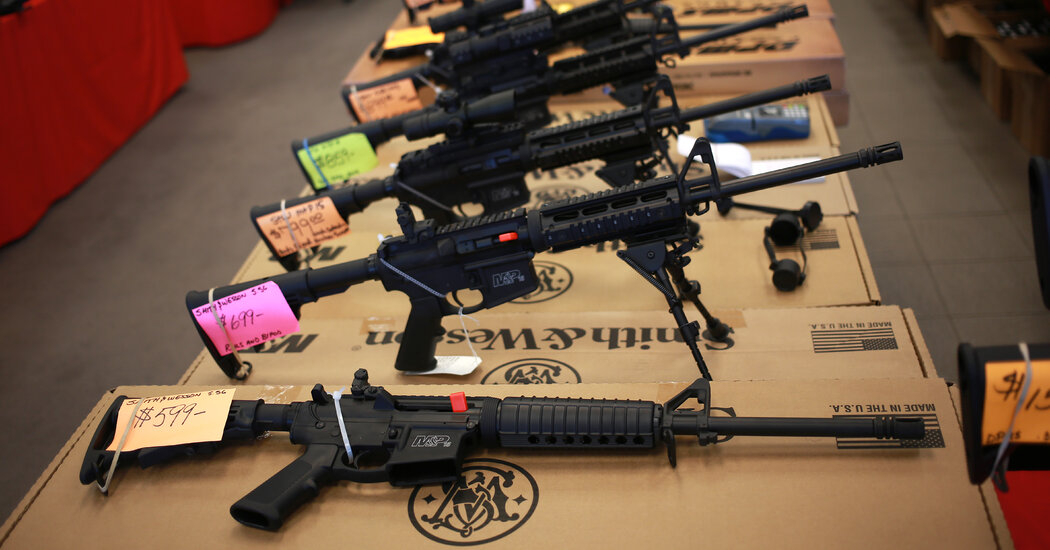 The city of Boulder enacted bans on assault-style weapons and large-capacity magazines in 2018 following the school shooting in Parkland, Fla. But a state district court judge ruled this month that Boulder could not enforce the bans.

It was not known Monday night whether any weapons covered by the bans were involved in the shooting at the King Soopers grocery store.

Judge Andrew Hartman ruled that under a state law passed in 2003, cities and counties are barred from adopting restrictions on firearms that are otherwise legal under state and federal law, The Denver Post reported. Gun advocates made that argument when they sued to overturn the Boulder bans shortly after they were adopted.

The judge rejected the city’s arguments that the home-rule provisions of the state constitution gave it the power to adopt the bans as a matter of local concern, and that they were necessary because the state did not regulate such weapons. As of last week, lawyers for the city had not said whether they planned to appeal.

in 2006. But the circumstances were somewhat different. Among other things, Denver’s ban, unlike Boulder’s, had already been on the books for years when the 2003 state law was passed.

An appeals court found that Denver had the right to adopt reasonable gun regulations despite that law. When the decision was appealed, the State Supreme Court deadlocked 3-3 with one recusal. That left the appellate decision, and the Denver ban, in place, but it did not set a binding precedent for other cases.

Boulder’s ban is also being challenged in federal court on constitutional grounds.

In the grand sweep of world history, the U.S. is a young country. Even so, there are plenty of homes built prior to the American Revolution that still … END_OF_DOCUMENT_TOKEN_TO_BE_REPLACED

DONETSK REGION, Ukraine — Between the cracks of mortar fire and the metallic bangs of Russian self-detonating mines, Yurii, a Ukrainian Army medic, … END_OF_DOCUMENT_TOKEN_TO_BE_REPLACED