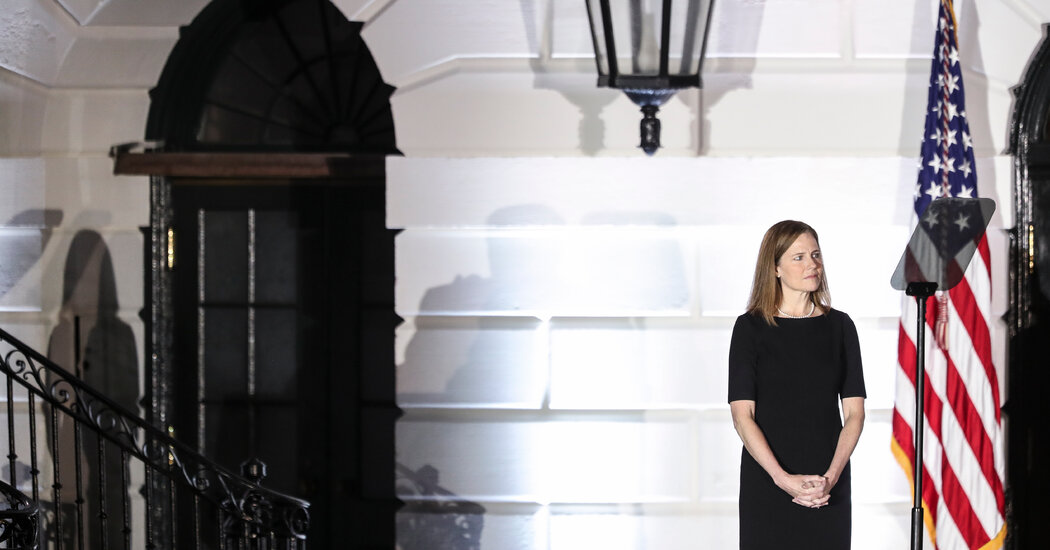 WASHINGTON — In her first opinion in an argued case, Justice Amy Coney Barrett, who joined the Supreme Court in October, rejected a Freedom of Information Act request from an environmental group for documents about harm to endangered species.

Writing for the majority in the 7-to-2 decision, Justice Barrett said the records were protected by an exemption to the act that shields documents that would disclose deliberations inside an agency before it makes a final decision. The exemption applied, she wrote, even to documents reflecting agencies’ last words on a given subject.

“A document is not final solely because nothing else follows it,” she wrote. “Sometimes a proposal dies on the vine.”

“That happens in deliberations — some ideas are discarded or simply languish,” she wrote. “Yet documents discussing such dead-end ideas can hardly be described as reflecting the agency’s chosen course. What matters, then, is not whether a document is last in line, but whether it communicates a policy on which the agency has settled.”

it won in the United States Court of Appeals for the Ninth Circuit, in San Francisco. A divided three-judge panel ruled that the draft opinions represented the services’ final conclusions and so had to be disclosed.

Reversing that ruling, Justice Barrett wrote that it was not enough that the drafts “proved to be the agencies’ last word about a proposal’s potential threat to endangered species.”

Officials at federal agencies must be free to deliberate out of public view, she wrote. Quoting an earlier decision, she said agencies must not be “forced to operate in a fishbowl.”

Justice Barrett’s first day on the bench. She expressed concern at the time that government officials might stamp documents as “drafts” to avoid having to disclose them.

She addressed that concern in her opinion. “If the evidence establishes that an agency has hidden a functionally final decision in draft form,” she wrote, “the deliberative process privilege will not apply. The services, however, did not engage in such a charade here.”

In dissent, Justice Stephen G. Breyer, joined by Justice Sonia Sotomayor, wrote that drafts must be subject to disclosure if they are effectively final.

“The mere possibility of a future change does not alter the finality, or the final effect, of the original document,” Justice Breyer wrote.

He added that the two drafts at issue in the case, U.S. Fish and Wildlife Service v. Sierra Club, No. 19-547, had different characteristics.

“The National Marine Fisheries Service’s documents contain highlighting and editing marks reflective of a work in progress,” Justice Breyer wrote. “But the Fish and Wildlife Service documents do not, and the record indicates they may have been complete but for a final signature.”

Chief Covelli said Mr. Crimo planned the shooting for several weeks, but that the authorities had not yet established what his motive was. “We have no … END_OF_DOCUMENT_TOKEN_TO_BE_REPLACED

Kevin McKenzie and Martine van Hamel were standing in the dining room of their weekend house in Woodstock, N.Y., trying to figure out when they got … END_OF_DOCUMENT_TOKEN_TO_BE_REPLACED