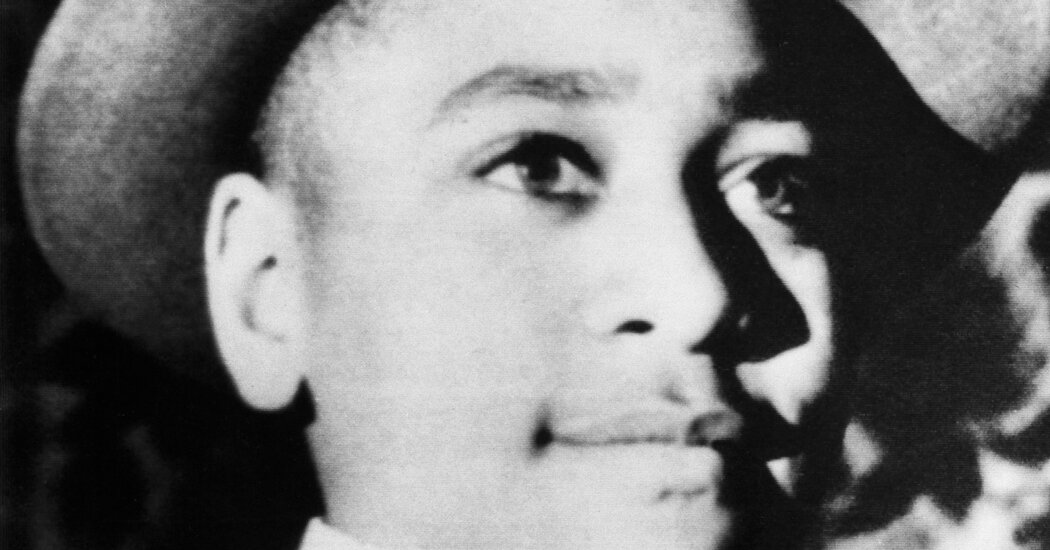 ATLANTA — The Justice Department announced on Monday that it had closed an investigation into the abduction and murder of Emmett Till, the African American teenager whose gruesome killing by two white men more than six decades ago in Mississippi helped begin the civil rights movement.

In a news release dated Dec. 6, federal officials said there was not enough evidence to pursue charges in the case, which was reopened after a historian claimed in a book that Carolyn Bryant Donham, the central witness whose account of an encounter with Emmett led to his death, had recanted the most salacious portions of her story — that he had grabbed her and made sexually suggestive remarks.

Citing the statute of limitations and Ms. Donham’s denial that she had ever changed her story, the Justice Department said it could not move forward with prosecuting her for perjury.

During a moment of the trial in which jurors were not present, Ms. Donham claimed that the teenager had made sexually vulgar comments toward her and physical contact. But in a book published in 2017, “The Blood of Emmett Till” by Timothy B. Tyson, the author wrote that Ms. Donham had recanted her testimony in a 2008 interview, saying that the earlier stories she told were “not true.”

Ollie Gordon, one of Emmett’s cousins, adding, “I ask where do we go from here.”

The Rev. Wheeler Parker Jr., Emmett’s cousin and best friend who was in the Mississippi Delta house when Emmett was kidnapped in the middle of the night, said the conclusion of the investigation marked the end of a painful 66 years for Emmett’s loved ones.

“Today is a day that we will never forget,” he said. “For 66 years we have suffered pain for his loss, and I suffered tremendously because of the way that they painted him.”

Ms. Donham, 87, has rarely spoken publicly about the case. Her former husband and another man confessed to Emmett’s murder, though the confessions came after they were acquitted by an all-white jury. Both men are dead.

In the summer of 1955, 14-year-old Emmett traveled from Chicago to the Mississippi Delta to visit relatives. One day in August, he walked into a store in Money, Miss., run by Ms. Donham and her husband, Roy Bryant, to buy candy. Accounts vary about what happened, but a witness said that Emmett whistled at Ms. Donham.

Days later, Mr. Bryant and his half brother abducted, tortured and shot the teenager. Then they tied a 75-pound cotton gin fan around his neck and tossed his body into a river. His corpse, broken, battered and mutilated, was retrieved from the water on the last day of August.

enduring symbol of deep, unbridled racism. Historic markers erected at sites connected to his death have repeatedly been vandalized. The marker near the river where his body was found has been replaced at least three times because it has been vandalized and damaged by bullets.

“Mississippi has never escaped the story of Emmett Till and nor should it,” said Susan Glisson, who worked with the town of Sumner, Miss., which issued a public apology and formed the Emmett Till Memorial Commission.

Reached by phone on Monday, Ms. Holley Bryant said she had no comment. Other relatives of Ms. Donham did not respond to several requests for comment.

Before the current investigation, federal officials last revisited the case in 2004. They closed it two years later after prosecutors determined that the statute of limitations kept them from pursuing additional federal charges. As part of that inquiry, Emmett’s body was exhumed.

The latest investigation was part of the Justice Department’s larger review of cases believed to be motivated by racial hatred. Over the past 15 years, the department has led several successful investigations, including the prosecution of Edgar Ray Killen. Mr. Killen, who died in prison about four years ago, was a former Klansman who arranged the murders of three civil workers in Mississippi in 1964.

“Cold cases never close,” said Keith Beauchamp, a filmmaker and producer of “The Untold Story of Emmett Louis Till” and the upcoming film “Till.”

“There still may be a way,” he continued, “to revisit one of the greatest injustices committed upon a child in American history.”

AUSTIN, Texas--(BUSINESS WIRE)--As the first multifamily management company to be recognized in the Public Relations and Marketing Excellence Awards, … END_OF_DOCUMENT_TOKEN_TO_BE_REPLACED

There have been whispers of cooling housing and rental prices in the San Francisco Bay Area, but that hasn't yet translated into practical, noticeable … END_OF_DOCUMENT_TOKEN_TO_BE_REPLACED

Cars pass in Independence Square at twilight in Kyiv, Ukraine, Monday, Oct. 31, 2022. Rolling ... [+] blackouts are increasing across Ukraine as the … END_OF_DOCUMENT_TOKEN_TO_BE_REPLACED