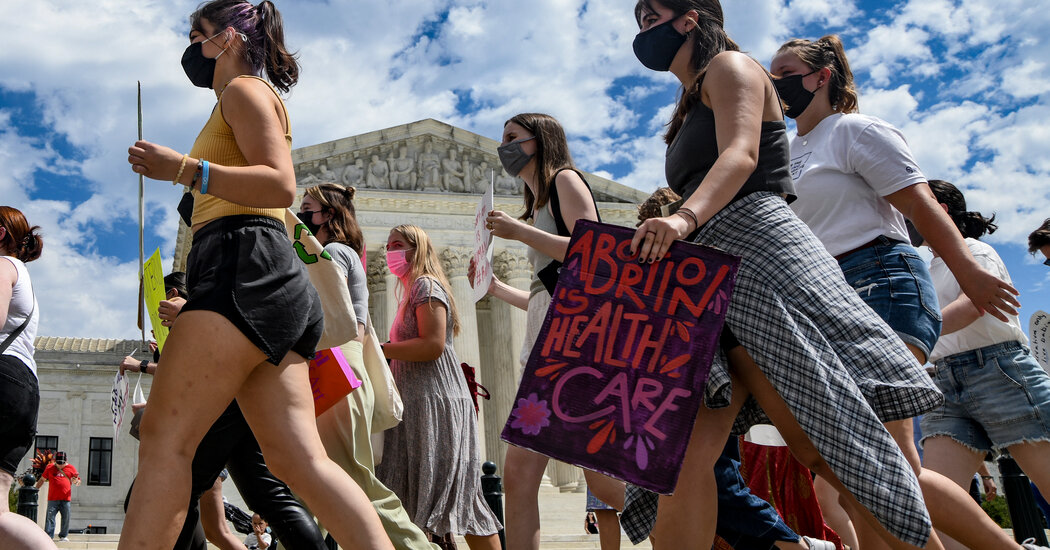 Attorney General Merrick B. Garland said on Monday that the Justice Department would continue to protect women who seek an abortion in Texas, days after a state law enacting a near-complete ban on the procedure went in effect.

“We will not tolerate violence against those seeking to obtain or provide reproductive health services,” Mr. Garland said in a statement. “The department will provide support from federal law enforcement when an abortion clinic or reproductive health center is under attack.”

Mr. Garland said the Justice Department would “protect the constitutional rights of women and other persons” under the Freedom of Access to Clinic Entrances Act, or FACE, a 1994 federal law that guarantees access to the entrances of clinics that offer reproductive health services, including those that offer abortions. Under the law, it is illegal to threaten, obstruct or injure a person seeking access to such a clinic or to damage the clinic’s property, punishable by a fine or imprisonment.

In his statement, Mr. Garland did not directly challenge the Texas law, known as Senate Bill 8, which is the most restrictive in the nation and bans all abortions when cardiac activity can be detected. That is usually around six weeks into the pregnancy and before many women know that they are pregnant. The law includes no exceptions for pregnancies caused by rape or incest.

the center of American politics.

“I think he was trying to send a signal to people on the ground that they need to physically leave clinics alone. I think there’s a concern that, from reports on the ground, activists are hanging out at the clinics and they’re watching who goes in and out,” said Howard M. Wasserman, a law professor at Florida International University in Miami. “There may be some intimidation going on, and so FACE would be a way to stop that.”

Senate Bill 8 prohibits state officials from enforcing the abortion ban, a feature intended to make it difficult to challenge in the courts. Instead, it effectively deputizes ordinary citizens to sue anyone who performs the procedure or “aids and abets” it. Plaintiffs are entitled to at least $10,000 if they are successful.

Gov. Greg Abbott signed the measure into law in May. It went into effect on Wednesday after the Supreme Court, in a 5-to-4 vote, decided not to block it, despite the precedent of Roe v. Wade, the 1973 Supreme Court decision that established a constitutional right to abortion.

Though the majority stressed that it was not ruling on the constitutionality of the Texas law, the decision appeared to confirm the worst fears of reproductive rights activists, who have warned that conservatives were moving aggressively to put in place a court majority that would upend abortion rights.

slammed the Texas law as “an unprecedented assault on a woman’s constitutional rights.” He pointed to the law’s provision allowing citizens to sue those who violate the statute, saying “complete strangers will now be empowered to inject themselves in the most private and personal health decisions faced by women.”

Citizens, not the state, will enforce the law. The law effectively deputizes ordinary citizens — including those from outside Texas — allowing them to sue clinics and others who violate the law. It awards them at least $10,000 per illegal abortion if they are successful.

In response to a question from a reporter, Mr. Biden said on Friday that his administration was exploring federal action to counteract the Texas law.

“I was told that there are possibilities within the existing law to have the Justice Department look and see whether there are things that can be done that can limit the independent action of individuals,” he said.

Earlier last week, Mr. Biden directed the Office of the White House Council and federal agencies, including the Justice Department and the Department of Health and Human Services, to look into steps the federal government could take to protect “access to safe and legal abortions.”

While the enforcement of the FACE Act may “improve the situation on the ground,” Mr. Wasserman said the Biden administration was “going to have to find a different way to get” at the larger problem the Texas bill posed to abortion rights: the ability for any citizen to sue an abortion clinic or anyone else who assists with an abortion.

In his statement, Mr. Garland added that the Justice Department was still “urgently” exploring “all options” to challenge the Texas law.

GREENVILLE, N.C.--(BUSINESS WIRE)--Employers aiming to win the war on talent have a new “A” team to tap into: college and professional athletes. … END_OF_DOCUMENT_TOKEN_TO_BE_REPLACED

Mortgage rates are likely to rise in July, extending a seven-month streak. High inflation, and the Federal Reserve's efforts to control it, have … END_OF_DOCUMENT_TOKEN_TO_BE_REPLACED