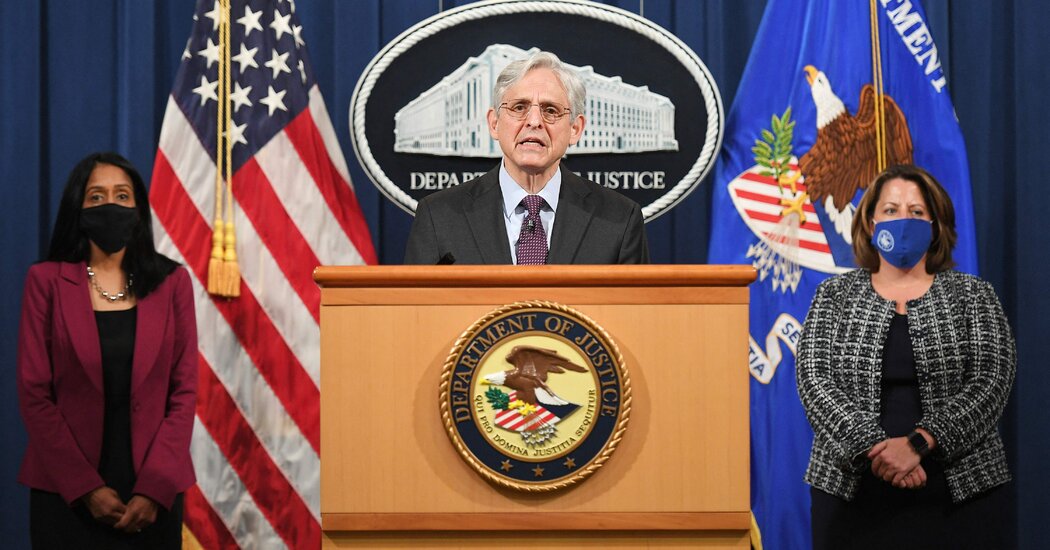 WASHINGTON — Attorney General Merrick B. Garland announced on Monday a sweeping Justice Department investigation into the Louisville, Ky., police and the county government there, the second time in a week that the department has opened a civil investigation into a police force that prompted national furor over the killing of an unarmed Black person.

The Louisville police came under scrutiny after officers shot to death a Black medical worker named Breonna Taylor in March 2020 during a botched raid of her home. Her killing helped fuel nationwide racial justice protests, but an investigation elicited no charges in her death, only an indictment on a lesser count against one detective.

“Louisville has already taken some steps towards reform through its settlement with the family of Breonna Taylor, as well as through other measures,” Mr. Garland said in brief remarks at the Justice Department, where he was joined by the deputy attorney general, Lisa O. Monaco, and the associate attorney general, Vanita Gupta. “We commend those measures, and our investigation will take them into account.”

Last week, Mr. Garland announced a similar Justice Department investigation into the Minneapolis Police Department, a day after the former officer Derek Chauvin was convicted of murder in the death of George Floyd.

Louisville has carried out some changes since Ms. Taylor’s death, including the ban of so-called no-knock warrants, as well as the creation of a civilian review board for police disciplinary matters. But the federal investigation is poised to be the broadest review yet, and officials in Louisville portrayed it as particularly credible coming from an independent federal agency.

Daunte Wright in the suburbs of Minneapolis, a 13-year-old boy named Adam Toledo in Chicago and Andrew Brown Jr., a man in Elizabeth City, N.C., who was killed last week while apparently driving away from deputies who were trying to conduct a search.

The department is also working to hire more lawyers for the division that oversees policing investigations, officials said on Monday.

Three men were indicted in the death of the notorious gangster James (Whitey) Bulger, who was beaten to death four years ago in a West Virginia … END_OF_DOCUMENT_TOKEN_TO_BE_REPLACED

Dr. Connolly and Dr. Mott live in the North Baltimore neighborhood of Homeland, known for its strong public schools and colonial architecture, which … END_OF_DOCUMENT_TOKEN_TO_BE_REPLACED