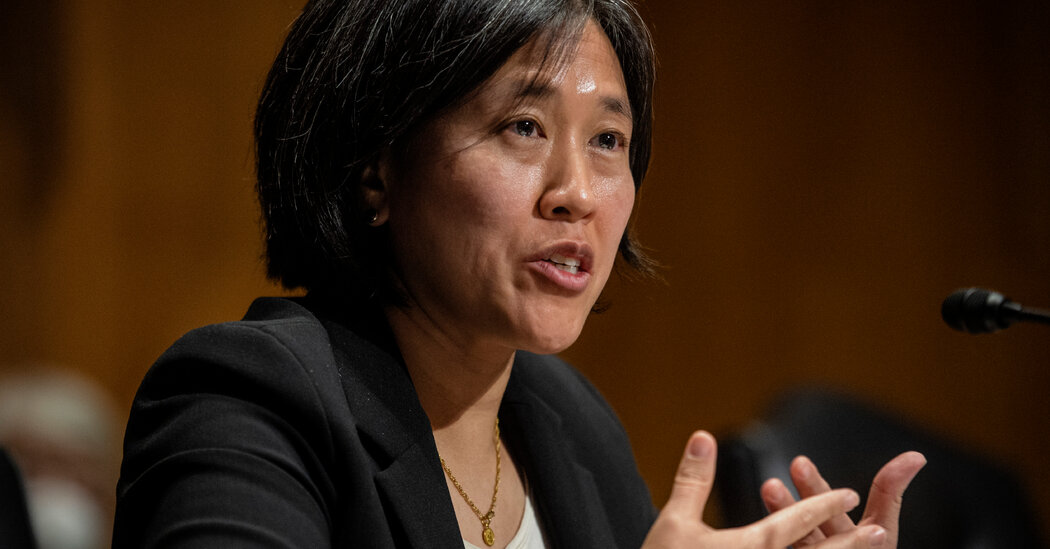 The Senate on Wednesday confirmed Katherine Tai, a former trade lawyer for the Obama administration and Congress, as the next U.S. trade representative, and the first Asian-American and woman of color to hold the post.

As trade representative, Ms. Tai is expected to draw on her experience finalizing a trade deal between the United States, Canada and Mexico and litigating trade cases against China to strictly enforce U.S. trade laws.

Her nomination was approved by a vote of 98-0, the first member of President Biden’s cabinet to be confirmed with no opposing votes.

Ms. Tai assumes the role of trade representative at a moment when the Democratic Party’s stance on trade policy has shifted away from a conventional focus on speeding flows of goods and services to lift economic growth.

promised a break with past trade policies that had exacerbated inequality, and indicated that she would prioritize enforcing American trade rules to protect vulnerable workers over writing new trade deals to boost exports. But so far, Ms. Tai has provided few specifics on how her office will put in place Mr. Biden’s “worker-focused” trade policy.

In the coming months, Ms. Tai will confront key decisions, like whether to keep a trade deal with China and tariffs imposed on foreign products by the Trump administration, whether to pursue ongoing trade negotiations with the United Kingdom, Kenya and other countries, and how to pressure China to reform its trade practices. She will also be tasked with mending frayed ties with Europe, including trying to find solutions to persistent trade fights over airplanes, digital taxes and steel.

Ms. Tai’s supporters describe her as a consensus builder, and they credit her with helping to wrangle an unruly collection of interest groups in negotiations to pass the United States-Mexico-Canada Agreement through Congress in December 2019, when she served as chief trade counsel for the House of Representatives.

As trade representative, Ms. Tai is expected to use new capacities created under the U.S.M.C.A. to bring trade cases against Mexican factories that violate labor rules. Lawmakers and others also hope Ms. Tai will leverage her knowledge of China and the World Trade Organization to help advance multilateral efforts to put pressure on Beijing.

Before her work in Congress, Ms. Tai served in the Office of the United States Trade Representative during the Obama administration, where she successfully brought trade cases against China at the World Trade Organization, including over its export restrictions on rare earth minerals.

Ms. Tai has received broad support from former colleagues in Congress, both Democrats and Republicans. In remarks on Wednesday, the Senate minority leader, Mitch McConnell called Ms. Tai “a thoroughly qualified nominee” and said he looked forward to working with her to “push back on abusive practices from China.”

The poshest place in California's Coachella Valley is The Madison Club. This exclusive gated community in La Quinta is where A-listers and tycoons … END_OF_DOCUMENT_TOKEN_TO_BE_REPLACED

KOROPY, Ukraine — Four men tugged at long strips of fabric to lift a coffin out of the gaping hole in the backyard of a small house. They flung the … END_OF_DOCUMENT_TOKEN_TO_BE_REPLACED