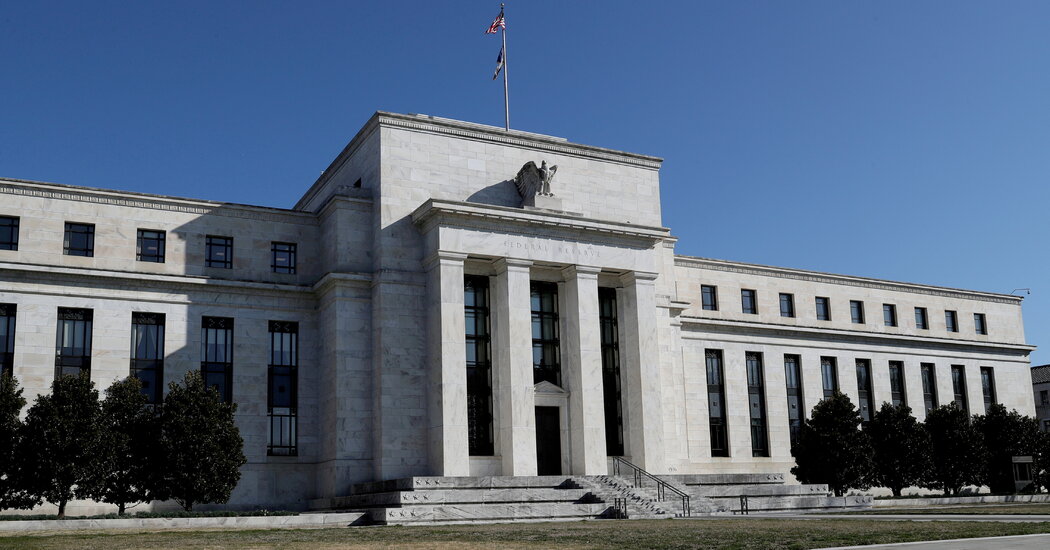 Americans are penciling in higher inflation not just over the next year but over the next five years, according to a survey measure that Federal Reserve officials have a history of watching closely. That could spell trouble for the central bank, which relies on low and stable inflation expectations as an enabler of its low-interest-rate plans.

The numbers are subject to revision and mark just one data point, but they come at a time when market-based inflation expectations are surging and real-world price gains are picking up faster than expected. That matters for the Fed, which is tasked with keeping inflation low and stable while fostering full employment.

Inflation has been low for years — in fact, worryingly weak — and the Fed has pledged to keep interest rates low and monetary policy supportive of the economy until prices have risen above 2 percent and the pandemic-damaged job market has totally healed. But if expectations jump by too much, it could undermine the ability to stick with that plan.

a measure that Fed officials have often cited, is likely to add fuel to an ongoing debate over whether big government spending, supply and demand mismatches driven by the economy’s reopening, and the central bank’s new policy of added patience could push price gains into higher gear.

“These latest readings on inflation expectations are on the high end of the range of figures reported in recent decades,” Daniel Silver at J.P. Morgan wrote in a note following the release, while cautioning that they are “still much lower than the figures reported for the early-1980s.”

Ian Shepherdson, at Pantheon Macro, likewise cautioned in a note that the jump was “not necessarily as alarming as it sounds,” because the gauge is “heavily influenced” by food and gasoline prices, which tend to be volatile and have been up lately.

AUSTIN, Texas--(BUSINESS WIRE)--As the first multifamily management company to be recognized in the Public Relations and Marketing Excellence Awards, … END_OF_DOCUMENT_TOKEN_TO_BE_REPLACED

There have been whispers of cooling housing and rental prices in the San Francisco Bay Area, but that hasn't yet translated into practical, noticeable … END_OF_DOCUMENT_TOKEN_TO_BE_REPLACED

Cars pass in Independence Square at twilight in Kyiv, Ukraine, Monday, Oct. 31, 2022. Rolling ... [+] blackouts are increasing across Ukraine as the … END_OF_DOCUMENT_TOKEN_TO_BE_REPLACED