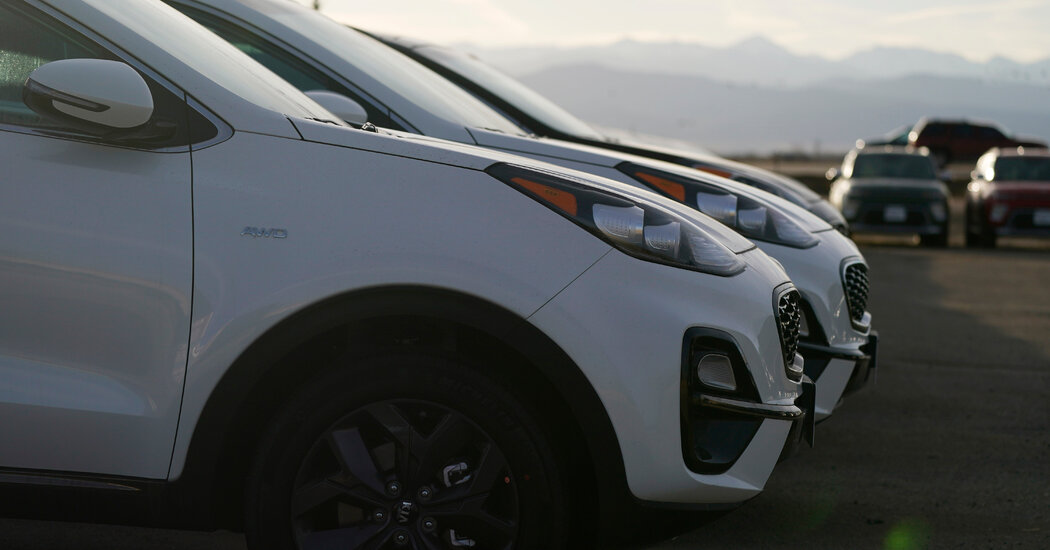 In the realm of consumer alerts, the advisory Tuesday from the National Highway Traffic Safety Administration about a recall of nearly 380,000 Kia vehicles was the equivalent of a flashing dashboard light.

“Until these recalled vehicles have been repaired,” the advisory said, “the safest place to park them is outside and away from homes and other structures.”

Kia, the Korean automobile manufacturer, issued a recall Tuesday for Sportage compact sport-utility vehicles from 2017 to 2021 and Sportage sedans from the same period, over concerns that electronic components could short-circuit and cause fires in the engine compartments of certain models.

The affected vehicles are models not equipped with “smart cruise control,” the National Highway Traffic Safety Administration, a unit of the U.S. Department of Transportation, said in its consumer report Tuesday.

Kia describes the Sportage, which has a starting price around $24,000, as having a “coupe-like profile and athletic stance.” The Cadenza, a full-size sedan, is “a step toward luxury,” Kia says on its site, with a starting cost of around $38,000.

Affected car owners can bring their vehicles to a Kia dealer to have the problem fixed, federal officials said. In affected Sportage vehicles, dealers can replace certain fuses in the electrical junction box, and update the hydraulic electronic control unit software, the agency said. In affected Cadenza vehicles, it said, a new fuse kit containing a 25A fuse can be installed, replacing a kit containing a 40A fuse.

In addition to seeing warning lights, drivers of affected vehicles may detect a “burning/melting odor” or see “smoke from engine compartment,” the agency said in a safety recall report.

The recall comes after the traffic safety administration began an investigation into engine fires involving certain vehicles made by Kia and another carmaker, Hyundai, The Associated Press reported. A message left with a Kia representative requesting comment was not immediately returned Tuesday evening.

In the grand sweep of world history, the U.S. is a young country. Even so, there are plenty of homes built prior to the American Revolution that still … END_OF_DOCUMENT_TOKEN_TO_BE_REPLACED

DONETSK REGION, Ukraine — Between the cracks of mortar fire and the metallic bangs of Russian self-detonating mines, Yurii, a Ukrainian Army medic, … END_OF_DOCUMENT_TOKEN_TO_BE_REPLACED