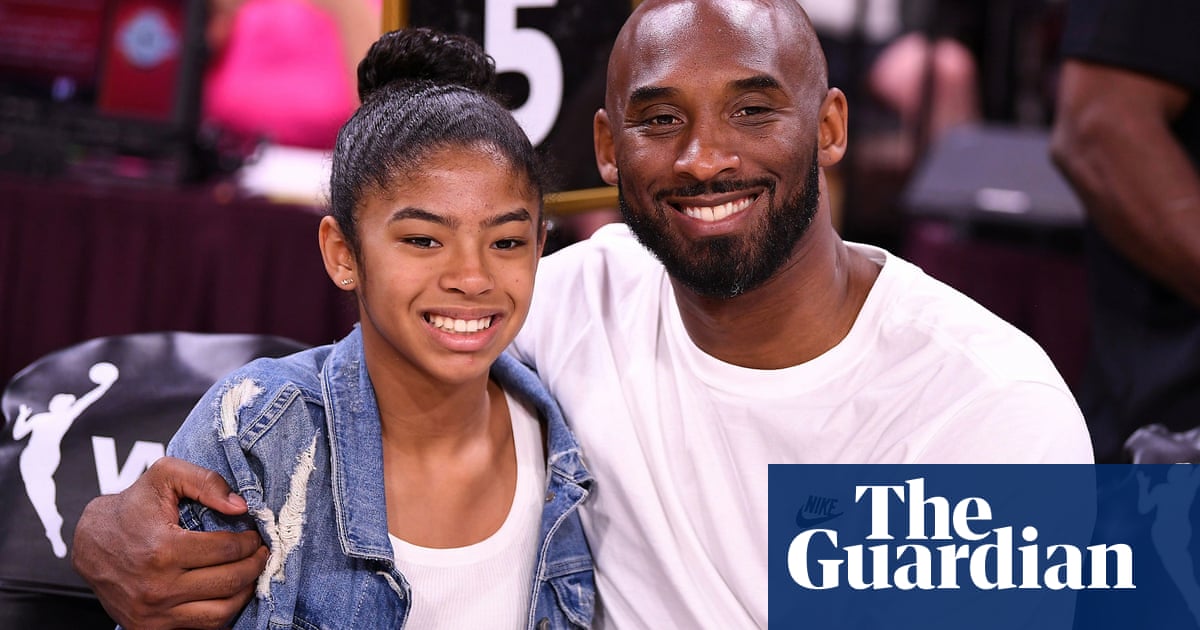 This past weekend, Kobe Bryant’s widow, Vanessa, called on the Los Angeles county sheriff’s department to reveal the names of people who took or shared photos of the helicopter crash site where nine people, including her husband and daughter, Gianna, died. Bryant is suing the sheriff’s department, claiming in a lawsuit that “faced with a scene of unimaginable loss, no fewer than eight sheriff’s deputies at the crash site pulled out their personal cell phones and snapped photos of the dead children, parents and coaches. The deputies took these photos for their own personal gratification.”

It has been more than a year since the crash and yet there are parallels to another high-profile sports tragedy. In February 2001, Nascar superstar Dale Earnhardt was coming on in the final lap of the Daytona 500 when his car became caught up with another vehicle and shot up the side of the track and into the surrounding wall. A third car then impaled Earnhardt’s and together they spun around and slid in a T-formation through the other cars on the track and onto the infield.

Earnhardt would die from injuries sustained in the collision. Controversy ensued as to how he had actually died. Forensic evidence reports were studied and questioned by several experts, some with conflicting conclusions. At the center of the storm were the photos of Earnhardt’s body and autopsy. A sportswriter for the Orlando Sentinel petitioned to get copies of the driver’s autopsy records and photos. Normally, these were considered public documents in Florida. However, at the urging of Earnhardt’s widow, a judge had placed them under seal. A court battle ensued, which was resolved when then-governor Jeb Bush and the Florida legislature passed the Earnhardt Family Protection Act. With the law, the government hoped to prevent public dissemination of “a photograph or video or audio recording of an autopsy” in order to shield family members from distress.

The Dale Earnhardt Law, as it is sometimes called, aimed to protect families by keeping autopsy images of their loved ones off of television and the internet. Others saw a conflict between a family’s constitutional right to privacy and the public’s right to access public records and documents. While an appeal regarding the Earnhardt case was denied by the US supreme court, a similar case did make its way up to the highest court in the land. In that case, Supreme Court justice Anthony Kennedy ruled “family members have a personal stake in honoring and mourning their dead and objecting to unwarranted public exploitation”.

Now, almost 20 years to the day of Earnhardt’s death, we are faced with another conflict between protecting the privacy of a celebrity’s family and the right of the public to access information regarding their death. The initial Earnhardt ruling focused on judges giving access to autopsy photos that were kept under seal. Now, a decade later, with the further advancement of cell phone cameras and social media, the broadcasting of sensitive photos in the death of a celebrity is all but a click away. Morbid curiosity can now easily be leveraged into views and clicks. According to LA county sheriff Alex Villanueva, the deputies in the Bryant suit appeared to have shared the photos with each other and at least one of the photos was shared outside the department.

This January, California’s Kobe Bryant Law went into effect. Signed by governor Gavin Newsom, it aims to prohibit first responders from taking photos of deceased victims for any purpose other than law enforcement. Failure to comply can result in a misdemeanor or fine up to $1,000 per violation. Besides the lawsuit, Vanessa Bryant has called for the names of the officers to be released, but the sheriff’s office has responded that it would be potentially dangerous to the officers involved. County lawyers have argued that deputies’ addresses and other personal information are “only a click away on the internet”. Of course, sharing photos of deceased celebrities is also only a click away.

What was unique about the Earnhardt law was that it could be enacted retroactively, meaning it could be applied to cases that took place before the law was approved. That is rare for bills and the legal system. It’s unclear if the Bryant law would be similarly enforceable. Now more than ever, cameras are recording events and those images can easily be broadcast out to the world before the consequences of those actions on real people are ever known. The question that lies before us is to what extent should we limit the sharing of photos or videos of dead celebrities? Where does freedom of the press or the internet conflict with the private mourning of families whose deceased members lived in the public eye?

On a landlocked street corner at the entrance to the South Street Seaport stands a shabby, rust-streaked old lighthouse, its lantern dark, dwarfed by … END_OF_DOCUMENT_TOKEN_TO_BE_REPLACED

Kohl's announced Friday that it is terminating talks to sell its business, saying that retail environment has significantly deteriorated since the … END_OF_DOCUMENT_TOKEN_TO_BE_REPLACED