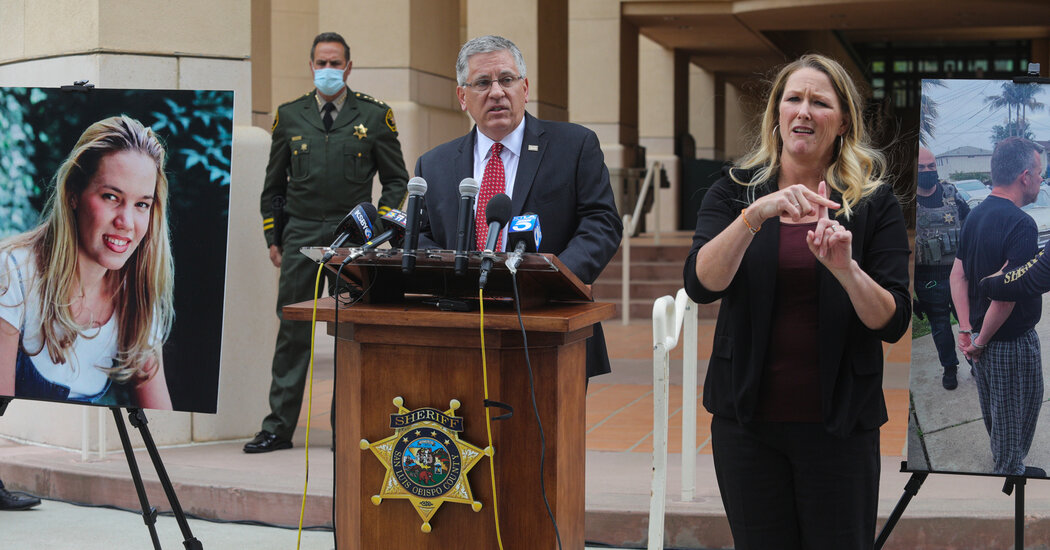 Ms. Smart’s family had her declared legally dead in 2002. Her remains have never been found.

In March, the Sheriff’s Office said it had obtained a warrant to search for evidence at Ruben Flores’s residence, and they used cadaver dogs and ground-penetrating radar to canvass the property. Additional evidence related to the murder of Ms. Smart was discovered at the site, according to the Sheriff’s Office.

The authorities had previously searched the homes of both Ruben Flores and Paul Flores. In February 2020, investigators executed search warrants at four locations in California and Washington State and recovered “some items of interest,” Tony Cipolla, a spokesman for the San Luis Obispo County Sheriff’s Office, said at the time.

Sheriff Parkinson said on Tuesday that the search warrants were sealed and that he could not discuss what evidence had been found. On Wednesday, Mr. Dow declined to elaborate on what the evidence was, but said that “we have evidence where we believe there is a location where Ms. Smart was taken.”

Robert Sanger, a lawyer for Paul Flores, did not immediately respond to a request for comment on Wednesday.

Paul Flores was booked on Tuesday at the San Luis Obispo County jail, where he was being held without bail, the sheriff said. Ruben Flores was also booked at the jail, with bond set at $250,000, according to jail records.

The sheriff said that after the arrests, he had turned over the case to the San Luis Obispo County district attorney’s office.

AUSTIN, Texas--(BUSINESS WIRE)--As the first multifamily management company to be recognized in the Public Relations and Marketing Excellence Awards, … END_OF_DOCUMENT_TOKEN_TO_BE_REPLACED

There have been whispers of cooling housing and rental prices in the San Francisco Bay Area, but that hasn't yet translated into practical, noticeable … END_OF_DOCUMENT_TOKEN_TO_BE_REPLACED

Cars pass in Independence Square at twilight in Kyiv, Ukraine, Monday, Oct. 31, 2022. Rolling ... [+] blackouts are increasing across Ukraine as the … END_OF_DOCUMENT_TOKEN_TO_BE_REPLACED