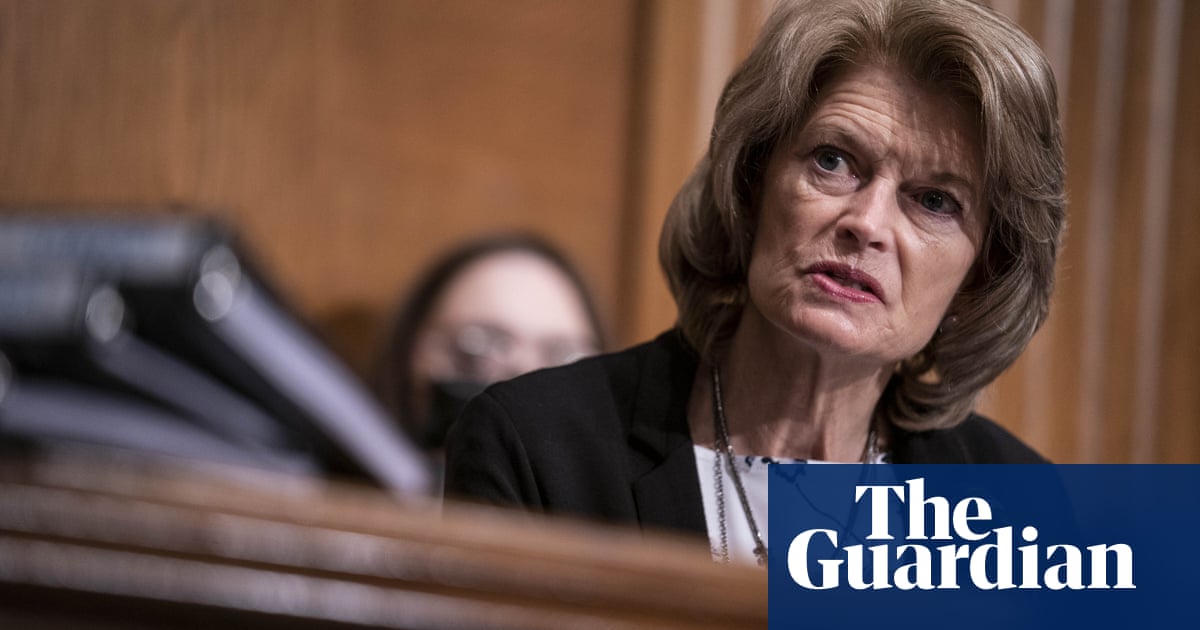 The Alaska Republican party has censured Senator Lisa Murkowski for voting to convict Donald Trump at his impeachment trial and now doesn’t want her to identify as a GOP candidate in next year’s election, a member of the party’s state central committee said on Tuesday.

“The party does not want Lisa Murkowski to be a Republican candidate,” said Tuckerman Babcock, the immediate past chair of the state party.

The vote to censure Murkowski was 53-17 at a Saturday meeting in Anchorage, he said. The decision has not been publicly announced by the party.

“It went further than censure, which was strong,” Babcock said. “But it also directed the party officials to recruit an opponent in the election and to the extent legally permissible, prevent Lisa Murkowski from running as a Republican in any election,” he said.

It’s a watershed moment for Republican politics in Alaska. Murkowski has been in the US Senate since 2002, when her father, Frank Murkowski, selected her to finish his unexpired Senate term after he was elected governor. A Murkowski has represented Alaska in the Senate since 1981.

Hannah Ray, a Murkowski spokesperson, said the senator would not be available to talk to a reporter on Tuesday. However, when speaking to reporters last month in Juneau, Murkowski addressed a possible censure by the state party.

“They can make that statement. But I will make the statement, again, that my obligation is to support the constitution that I have pledged to uphold, and I will do that, even if it means that I have to oppose the direction of my state party,” she said.

A message left with Glenn Clary, the current Alaska Republican party chair, was not returned.

The censure resolution also faulted Murkowski for supporting Deb Haaland as interior secretary, saying Haaland is an outspoken opponent of resource development on public land, which the party says is important for Alaska’s economy. Haaland was recently confirmed to the post. Alaska’s other senator, Republican Dan Sullivan, also voted to confirm Haaland.

The resolution also cited Murkowski’s opposition to placing limits on abortion, voting against the repeal of the Affordable Care Act, voicing opposition to the appointment of the supreme court Justice Brett Kavanaugh and her speaking critically of Trump and demanding his resignation after the riot at the Capitol.

It also directed party leadership to recruit a candidate to run in the Alaska primary in 2022, when Murkowski is up for re-election. She has not indicated if she will seek another term.

Alaska voters, through an initiative, did away with party primaries and instituted a ranked choice system for general elections, which will affect next year’s races. All candidates no matter their party affiliation will run in the primary, and the top four vote-getters will advance to the general election.

The system is seen by many as an advantage for Murkowski, who has faced tough primaries, particularly in 2010, when she lost the Republican primary to the Tea Party favorite Joe Miller only to come back and win the general election as a write-in candidate.

“The committee decided that they need to speak up early in order to encourage a candidate to come forward,” Babcock said.

Babcock said he was not a member of party leadership and could not speak about how the party will recruit a candidate, but said he would wait to see who Trump might endorse in the race and see if that person is a viable candidate.

Trump has said he would campaign against Murkowski in Alaska.

Possible names that have been floated as candidates are Miller, Governor Mike Dunleavy and the former Alaska governor Sarah Palin, who was the Republican vice-presidential candidate in 2008.

On a landlocked street corner at the entrance to the South Street Seaport stands a shabby, rust-streaked old lighthouse, its lantern dark, dwarfed by … END_OF_DOCUMENT_TOKEN_TO_BE_REPLACED

Kohl's announced Friday that it is terminating talks to sell its business, saying that retail environment has significantly deteriorated since the … END_OF_DOCUMENT_TOKEN_TO_BE_REPLACED