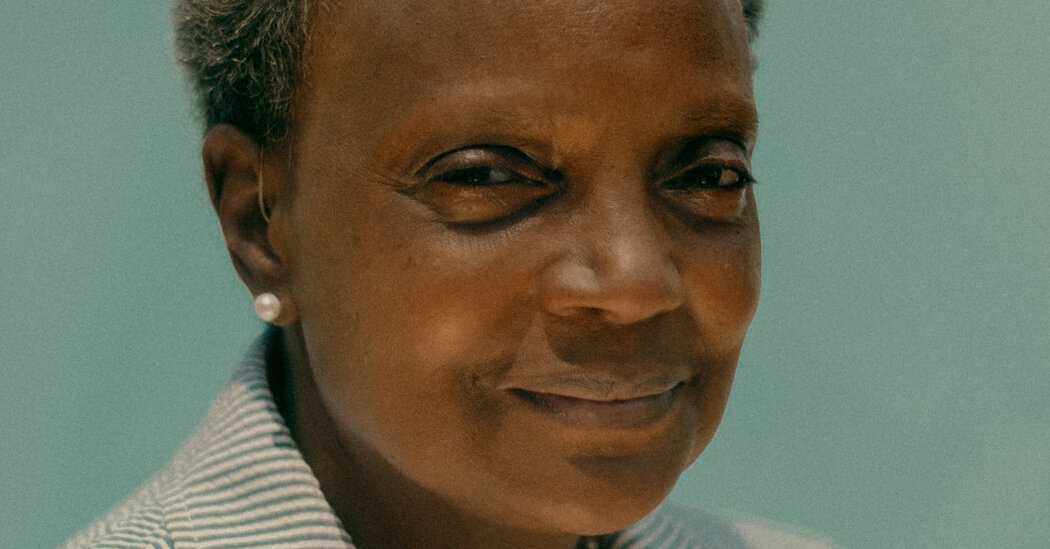 CHICAGO — Days into a dispute between Mayor Lori Lightfoot and the Chicago Teachers Union, labor leaders outlined what they described as a grand compromise. Students, who had been receiving no instruction after teachers voted to stop reporting to classrooms amid a coronavirus surge, would attend a few days of online school, followed by a full, in-person return.

Ms. Lightfoot was having none of it.

Within minutes, she and the head of the school district released a statement that accused union leadership of not listening. “We will not relent,” they said, calling instead for a swift return to in-person classes. Days later, it was the union that largely relented: Students returned to school buildings earlier than teachers had wanted, with some additional Covid safeguards in place.

The highly public, acerbic dispute with the teachers this month was characteristic of Ms. Lightfoot’s stewardship of Chicago. In nearly three years marked by a pandemic, soaring rates of violence and frequent labor battles, Ms. Lightfoot has shown herself to be a blunt orator and an unflinching negotiator. But her lofty campaign promises to “bring in the light,” reduce violence and overhaul governance in America’s third-largest city have repeatedly run up against an overwhelming news cycle, decades of inertia and her uncanny ability to make political enemies.

“Her style is a top-bottom approach, very different from what she campaigned on,” said Alderman Byron Sigcho-Lopez, whom Ms. Lightfoot once referred to as a “jackass” in hundreds of pages of her frank text messages that were obtained by The Chicago Tribune.

told Gov. J.B. Pritzker, a fellow Democrat, that his administration was being “petty.”

As a gay, Black woman who grew up in Ohio and had never before held elective office, Ms. Lightfoot stood apart from previous mayors, and her inauguration in 2019 was seen by some as a potential moment of change for the city. She won all 50 City Council wards in the runoff election while decrying corruption and the infamous Chicago political machine. She also vowed to address the racial and economic disparities that have long defined Chicago, where the downtown and North Side have often prospered while disinvestment and violence have plagued many neighborhoods on the South and West Sides.

most in a generation. Downtown has struggled to bounce back from the pandemic. And clashes with the unions representing police officers and teachers have proved destabilizing.

Ms. Lightfoot, a former federal prosecutor who worked in the administration of Mayor Richard M. Daley, and who led a police disciplinary board under Mayor Rahm Emanuel, has defended her record. At the time of her election, she said this month, “Nobody had in their mind’s eye that we would be shortly thereafter laboring under a massive global pandemic and all of the consequences.”

a Seurat painting on display at the Art Institute — silently warning residents to stay in their homes. And even as crises have piled up, some have noted the scale of the challenges she inherited and the uncertainty wrought by the pandemic.

“The compassion part of it speaks to me — you can see that it’s genuine,” said Joseph Gilmore, whose 33-year-old son, Travell, was among the hundreds killed in Chicago last year.

Mr. Gilmore said he and his son, a bartender with an outgoing personality who doted on his young daughter, talked regularly about the city’s seemingly inescapable violence. But despite the tragedy in his own family, Mr. Gilmore said that he remained an enthusiastic supporter of Ms. Lightfoot, and that it was not fair to expect her to single-handedly fix the violence.

“The stuff she is saying to you, it doesn’t sound like a whole bunch of smoke,” Mr. Gilmore said. “She comes off like the authority she is.”

an initiative to develop pockets of the South and West Sides that have languished for decades. Last summer, the minimum wage in Chicago was raised to $15 for most workers, an effort Ms. Lightfoot championed.

said this month that officials in Ms. Lightfoot’s office had made false or unfounded statements about the incident, which occurred not long before her administration took office, and that city agencies had “prioritized communications and public relations concerns over the higher mission of city government.”

The fatal shooting of a 13-year-old boy, Adam Toledo, by a Chicago police officer last year generated nationwide outrage. Miles from the scene of the shooting, protesters marched in Ms. Lightfoot’s neighborhood on the Northwest Side.

“One of the hallmarks of her approach has been to take things very personal,” he said, “and to engage in combat when, in fact, there is a path toward collaboration.”

She has seen high turnover among key advisers at City Hall, and aides have grumbled about a difficult work environment and a testy mayor who is known to berate subordinates. Despite the city’s mounting problems, Ms. Lightfoot has left crucial administrative positions vacant, including her deputy mayor of public safety, a job that was left unfilled for months until last May.

And last fall, the head of Chicago’s largest police union openly defied Ms. Lightfoot on her order that all city employees report their vaccination status — a conflict that laid bare the tensions between the mayor and rank-and-file officers.

Violence in Chicago is a pressing concern, as carjackings, shootings and homicides all spiked in 2020 and 2021.

On Wednesday night, a police officer on patrol downtown shot a man. The authorities said that the man was inside a vehicle taken in a carjacking, and that someone in the car had fired at the police. Days earlier, an 8-year-old girl was shot and killed while crossing a street with her mother in the Little Village neighborhood; a 16-year-old was later charged with murder.

Donovan Price, a pastor who goes to shooting scenes to assist victims’ families, said his work felt particularly bleak in the past year.

“The amount of children shot in general, the amount of mass shootings, just the feel that things were out of control,” said Mr. Price, who lives on the South Side.

Mr. Price said that trust between the police and residents had not improved, and that Ms. Lightfoot had not placed enough of a priority on reducing violence and restoring order.

“It’s a wild scene,” he said. “And when it’s this wild and people are getting shot at this frequency, of all ages, then you have to look and say, ‘Well, what is being done about it?’”

When the water slipped in, it was just a glimmer on the floor, a sign that it was time to go.It was Wednesday, around noon, and Darcy Bishop roused … END_OF_DOCUMENT_TOKEN_TO_BE_REPLACED

The union movement that kicked off across the country more than a year ago has continued its momentum in 2022, with workers in warehouses, coffee … END_OF_DOCUMENT_TOKEN_TO_BE_REPLACED