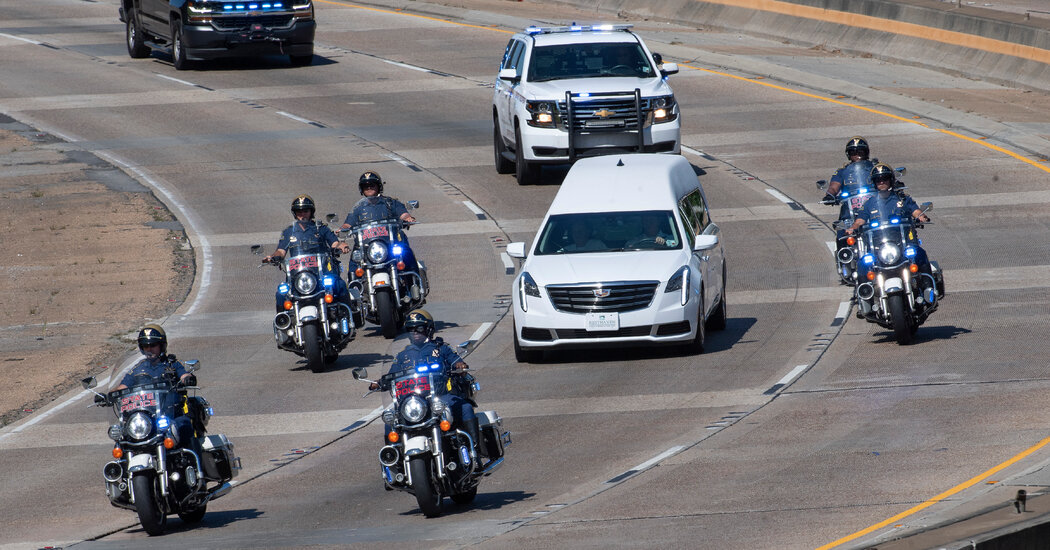 A Louisiana man was arrested over the weekend in a series of shootings that left two people dead, including a state trooper whose death was not discovered for more than 12 hours after he was shot, the authorities said.

Master Trooper Adam Gaubert of the Louisiana State Police was found dead in his police car around 5 p.m. Saturday in Ascension Parish, the State Police said at a news briefing on Monday. They said that Matthew Reese Mire, 31, had ambushed Trooper Gaubert, 47, sometime around 2:30 a.m., after the trooper had parked his car to fill out some paperwork.

“Losing a co-worker like Adam puts a hole in your heart,” Col. Lamar A. Davis, the superintendent of the State Police, said at the briefing. He said that it was “absolutely unacceptable” that it took so long for the police to discover that Trooper Gaubert, a 19-year agency veteran, had been fatally shot.

Colonel Davis said that the delay in discovering the killing had prompted the State Police to consider procedural changes, including “expanded GPS coverage, dormant activity alerts and redundant personnel tracking by supervisors.”

news briefing on Saturday night after the shooting. He said the day’s events were some of the toughest he had experienced in his career.

Twitter on Sunday, Gov. John Bel Edwards of Louisiana said that he hoped to get a “clearer picture” of what happened on Saturday. The governor added that Trooper Gaubert had served the state “selflessly and courageously.”

“He represents the best of all us,” he said.

There have been 48 police officer deaths in the country so far this year that were connected to firearms, up from 38 during the same time period last year, according to the National Law Enforcement Officers Memorial Fund.

Target has added new brands to its beauty department. At a growing number of stores, it also has mini Ulta Beauty shops with prestige brands.Melissa … END_OF_DOCUMENT_TOKEN_TO_BE_REPLACED

Just a few months ago, builders couldn't put homes up fast enough to appease the hordes of eager buyers. They boasted about lengthy waitlists, even … END_OF_DOCUMENT_TOKEN_TO_BE_REPLACED